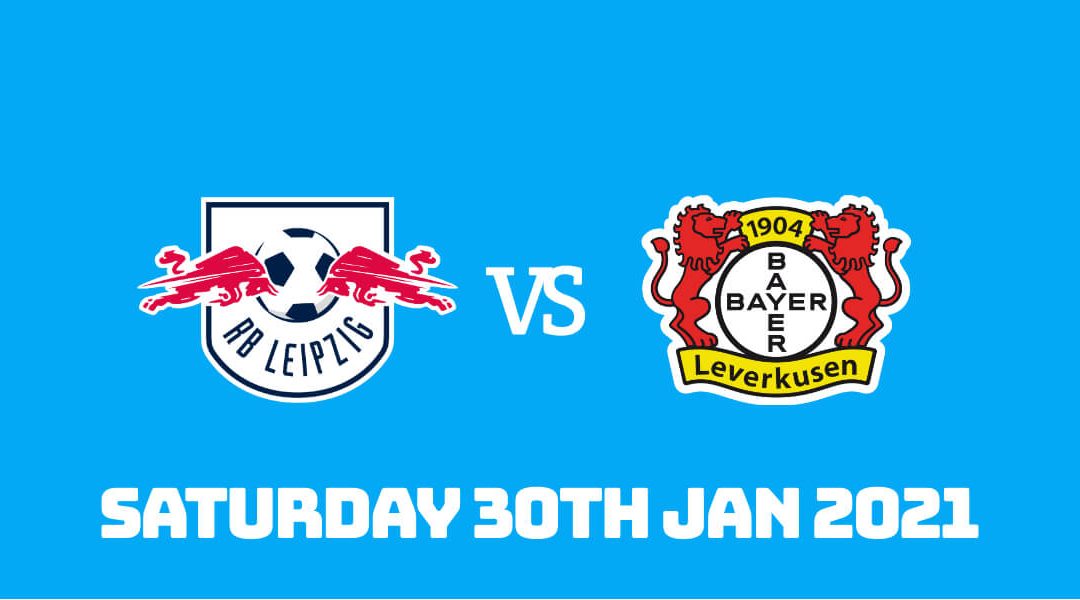 The weekend’s top Bundesliga fixture see RB Leipzig and Bayer Leverkusen battle out with second place at stake. Leipzig already lost twice since the turn of the year as it helped Bayern to steer seven points clear at the top. Leverkusen, who was unbeaten in Bundesliga until December, collected only four points from five games in 2021.

Leipzig fail to impress for a while

While Timo Werner struggled to find his feet at Chelsea, Leipzig uncharacteristically lacking the firepower without their talismanic striker. Since a 4-0 win in the second matchday against hapless Schalke, Leipzig only managed to score three goals in two of their last fifteen league games.

This might not be an issue for most teams but, lest we forget, Julian Nagelsmann’s team scored three or more goals in nine consecutive games at this point last season. Although Bayern’s 100 goals tally stole the headlines at the end, 81 league goals by Leipzig was a club record.

Meanwhile, Bayern’s duo Robert Lewandowski and Thomas Muller’s combined scoring tally is even more than Leipzig’s 31 goals this season. It looked like the sight of their favourite opponents of late, Mainz, would help Leipzig to get back their scoring mojo.

Tyler Adams’s first Bundesliga goal meant Leipzig leads the way with fifteen different scorers, but Mainz twice came from behind to clinch the three points. Leipzig’s usual defensive solidarity is also shaken in recent weeks despite having Dayot Upamecano, one of the sought-after defenders in Europe. Dortmund and Mainz scored three goals against Peter Gulacsi whereas Wolfsburg clinched a 2-2 draw this year.

The match kicks off at 17:30 on Saturday 30th January 2021, and the entire match is available on BT Sport

Leverkusen active in the transfer market

As expected, we’re seeing a quiet January transfer window as clubs rely on loan deals in this difficult time rather than cashing in on new players. Bayer Leverkusen has a different approach as they already signed a couple of right-backs and heavily linked with Leicester City’s winger Demarai Gray.

The retirement of the Bender twin brothers in the summer would leave considerable gaps in Leverkusen’s backline. Chilean international Santiago Arias suffered a season-ending injury in international duty after signing for Peter Bosz’s side from Atletico Madrid last summer. And most of their defenders are expected to leave the club soon including Aleksander Dragovic, who played as a makeshift fullback at times.

These facts prompted Leverkusen to spend on the signings of Manchester United’s Timothy Fosu-Mensah and Celtic’s Jeremie Frimpong. Both played for Dutch youth national teams, and they were already featured in European competitions.

Leverkusen would hope the new-signings help steady the ship after a disappointing start to the second half of the season. The win against Dortmund shows an excellent all-around performance from The Werkself, but that’s their only win in the last six league games. Leverkusen lost four of those, albeit all in a single goal margin. The other resulted in a dull draw at home against struggling Werder Bremen.

Leipzig only lost once against Leverkusen

The last three games between the teams all ended in a 1-1 scoreline. However, it could’ve gone either way on every occasion as we consistently see end-to-end open games when the two clubs meet. Both goals were firecrackers when the sides lock horns earlier this season. Emil Forsberg and Kerem Demirbay scored from long-range.

Leipzig’s only defeat against Leverkusen dated back to Ralph Hasenhuttl’s last season at Red Bull Arena. Four of their nine meetings ended in Leipzig wins, but none came after Nagelsmann’s appointment. Emil Forsberg is the top-scorer of this fixture with four goals. Patrick Schick scored against Leverkusen when he was on loan at Leipzig last season.

Ibrahima Konate is still on the sidelines. The young French defender has great potential, but successive injuries limited his playing time for a while. The versatile Konrad Laimer couldn’t build on his stellar season as he’s yet to feature this term due to an ankle fracture.

Dominik Szoboszlai is near to make his Leipzig debut, but he’s not quite ready for this Saturday’s game. Yussuf Poulsen missed the Mainz game, and his absence could present another starting role for Alexander Sorloth. However, Nagelsmann preferred to play without a designated striker in big games this season.

Bosz also deals with new injury worries in the past week. Schick missed the home defeat against Wolfsburg, and the Czech striker could miss the chance to return to Leipzig. Julian Baumgartlinger sustained a cruciate ligament injury in that game as he’s another Leverkusen player who will miss the rest of the season.

The Austrian midfielder’s contract will expire in the summer, but Leverkusen is open for an extension to Bundesliga’s oldtimer.

Leipzig for a narrow win in an end-to-end game?

The two teams have better title hopes in the DFB Pokal, where Bayern already bow out, as the third round fixtures will be played during midweek. A draw here wouldn’t help either side as the competition for a Champions League spot is more open this season. Bayern would have a chance to extend their lead at the top if Leipzig failed to win this game.