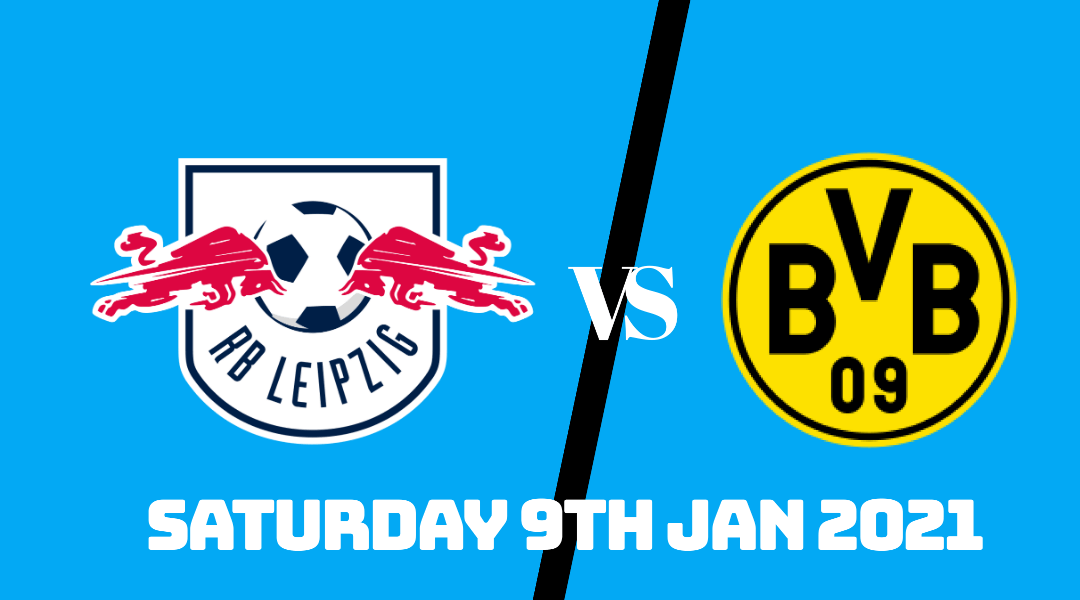 After opening the new year with hard-fought wins, RB Leipzig and Borussia Dortmund face each other in this week’s top Bundesliga clash. Julian Nagelsmann’s side climbed to second place with a late win against Stuttgart last Saturday. Meanwhile, Borussia Dortmund’s win against Wolfsburg helps them to return to the Champions League qualification spot.

The start of December was hectic for RB Leipzig. A frantic 3-3 encounter at Bayern Munich sandwiched two continental wins that sent them into the Champions League’s knockout stages. In total, Leipzig scored 10 and conceded 8 goals in the three matches.

Since then, Leipzig kept a clean sheet in each of their last five games in all competitions. They only let in 9 goals in 14 league matches, which is by far the league’s best record. Former captain Willi Orban is in great form alongside the highly-coveted Dayot Upamecano.

While Leipzig has been mean in the back, they struggle to break oppositions multiple times this season. Last Saturday’s game at Stuttgart followed the script of their goalless draw against FC Koln before Dani Olmo scored the all-important goal.

Nagelsmann is now well settled with a formation that has no designated striker leaving summer signings Alexander Sorloth, Hwang Hee-Chan and Yussuf Poulsen, who also extended his contract in the summer, largely on the fringe.

After his sensational season last summer, few expected Jadon Sancho to remain at Borussia Dortmund. But him staying put at the club is not the only surprise. Sancho finds it hard to repeat his excellent form after topping the gossip rooms with the links to Manchester United in the summer.

He had to wait until last week for his first league goal of the season as he latched on a counterattacking move to seal the win against Wolfsburg. It secures Dortmund’s third win in four games since Edin Terzic replaced Lucien Favre at the helm.

The experienced Swiss manager lost his job after three consecutive home defeats including a 1-5 reverse against Stuttgart. Terzic gets a boost with talismanic striker Erling Haaland’s return while Youssoufa Moukoko became Bundesliga’s youngest scorer at the age of 16 years and 28 days.

The week sees Julian Brandt heavily linked with Arsenal despite Michael Zorc confirming that they are yet to receive any offers for the mercurial midfielder. The German international was one of the best players when the league returns after lockdown last season but he finds regular action hard to come by in the current campaign.

Leipzig’s first-ever Bundesliga win registered against Dortmund when Naby Keita scored a minute before the final whistle for a famous win in 2016. Dortmund is the superior side in seven head-to-head meetings since then, however.

Leipzig is winless in five games against Dortmund. The Yellow and Blacks only conceded two goals in their four trips to Red Bull Arena. Haaland’s brace in the last season’s penultimate week remained Leipzig’s only defeat in 21 home league matches.

Dominik Szoboszlai needs to wait a little longer for his Leipzig debut as the hosts would also be without Ibrahima Konate and Christopher Nkunku. Justin Kluivert and Nordi Mukiele are doubts for this game.

Terzic has the luxury of picking his best side as Thorgan Hazard is the only key player who is certain of missing this crunching fixture. Youngsters Moukoko and Jude Bellingham are nursing injuries as they fight to be ready for selection.

Leipzig tipped for the win

While Dortmund has the ascendancy in previous meetings, the odds seem to favour Nagelsmann’s side. Leipzig’s stubborn defence looks to shut down Dortmund’s attacking firepower. Both sides play enterprising football, and we can expect another classic as there were goals aplenty in the previous top of table Bundesliga clashes this season. A win for Leipzig would see Naglesmann’s side return to the top of the Bundesliga table after Bayern’s defeat at Gladbach on Friday.

RB Leipzig to win is 2.30 at SportNation