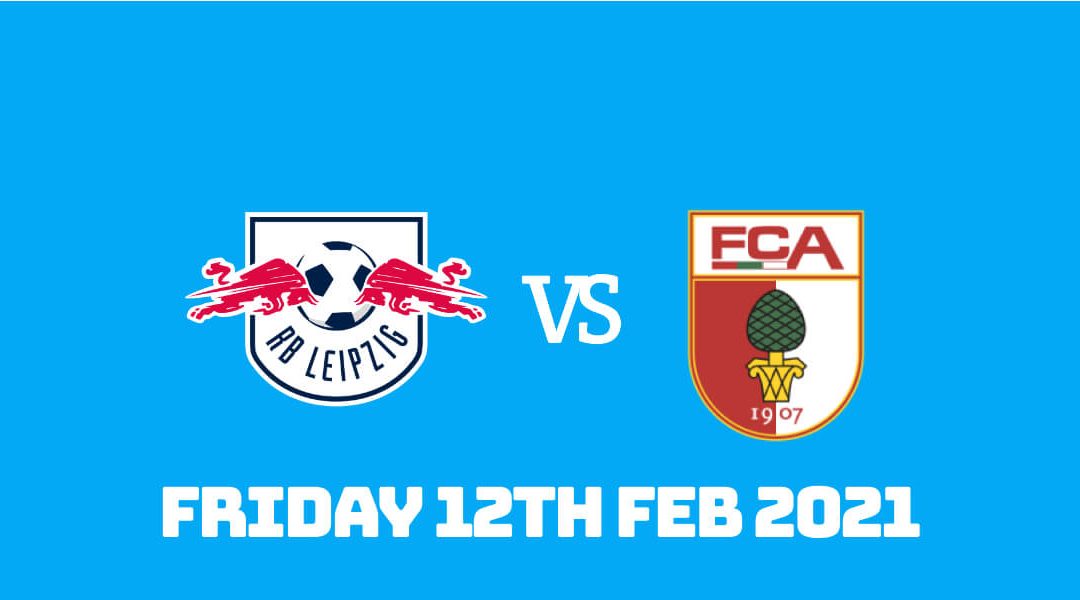 RB Leipzig will hope to further distance themselves from the chasing pack for a top-four finish when they host Augsburg on Friday. Julian Nagelsamann’s side will be in action on Tuesday as they face Liverpool in the Champions League in Budapest. Augsburg are in an uninspiring form, but they’re still five points shy of the relegation playoff spot thanks to their great start to the season.

Bayern Munich have been susceptible at the back for a large spell, but they’re currently seven points clear at the top. Leipzig presented the most significant challenge until their lousy start to the new year helped Hans Flick’s side to open up an insurmountable gap for the first time this season.

The defeat at Mainz was the low point for Leipzig as the relegation-threatened side was their favourite opponent in the past. Nagelsmann’s side responded well to the shock defeat with back-to-back wins to extend their lead over the fifth place to six points. The narrow win against Leverkusen was vital as it came against a direct competitor.

In the end, Christopher Nkunku’s excellent goal was the difference between the sides on the scoreline. But Leipzig were dominant in all aspects of the game. In the absence of a regular goalscorer, they had to change their approach this season. Last week’s win at Schalke also followed a similar pattern with two of the three goals coming from defenders.

Nordi Mukele was at fault for Schalke’s only clear chance when he presented Mark Uth with a golden opportunity, but he makes up for it by opening the score before the break. Leipzig continued to push for the insurance goal and get their reward with late strikes from the new and old captains, Marcel Sabitzer and Willi Orban.

Augsburg struggle in a run of the tough fixture list

After they lost at Werder Bremen with two late goals, Augsburg knew they would face the top six in their next six fixtures. Heiko Herrlich’s side has a good squad depth, but they’ve been inconsistent since starting the season with seven points from the first three games.

They nearly started the run of the tricky fixtures on a high note, but Alfred Finnbogason’s late penalty miss meant Bayern came away with all three points in the Bavarian derby. They followed it up with a crucial win against Union Berlin as Florian Niederlechner, who was their top scorer last term, finally opened his account of the season.

Once again, they tempt to inflict another upset on Borussia Dortmund, but Edin Terzic’s side came from behind to win 3-1. In last week’s fixture, Herrlich’s side was no much for Wolfsburg as they lost their tenth Bundesliga game of the season. Laszlo Benes made his debut for Augsburg after joining them for the rest of the season on loan from Borussia Monchengladbach.

Leipzig only lost once against Augsburg in Bundesliga

Before Leipzig’s promotion, the first two games between the sides were in DFB Pokal. Augsburg prevailed on both occasions away from home. The Bavarians have only beaten Leipzig once since then, however, as it didn’t take time for Leipzig to emerge as one of the top Bundesliga clubs.
Emil Forsberg and Yussuf Poulsen scored Leipzig’s goals the first time the sides met in Bundesliga back in 2016. While the duo still at their club, the owner of Augsburg’s consolation goal last night Dong-won Ji joined 2. Bundesliga side Eintracht Braunschweig on loan in January.

Poulsen also scored a superb goal in the side’s earlier meeting this season. He was also on the scoreline when Leipzig knocked out Augsburg from the cup in the sides’ final game of 2020. He’ll be hoping to play from the start for the first time since the defeat at Dortmund. Forsberg could miss the fixture with a knee injury, however.

Augsburg’s starting fullbacks Iago and Raphael Framberger could be unavailable for selection due to injuries. Their record top scorer Finnbogason struggles with injuries since last season, and this could be another game he’ll have to sit through.

Leipzig to build confidence ahead of Champions League tie?

This is the third time the sides meet this season, and we can’t expect a different outcome now. Augsburg shows no signs of improvement under Herrlich while Nagelsmann’s side will hope to keep their decent form ahead of the first leg tie against struggling Liverpool.