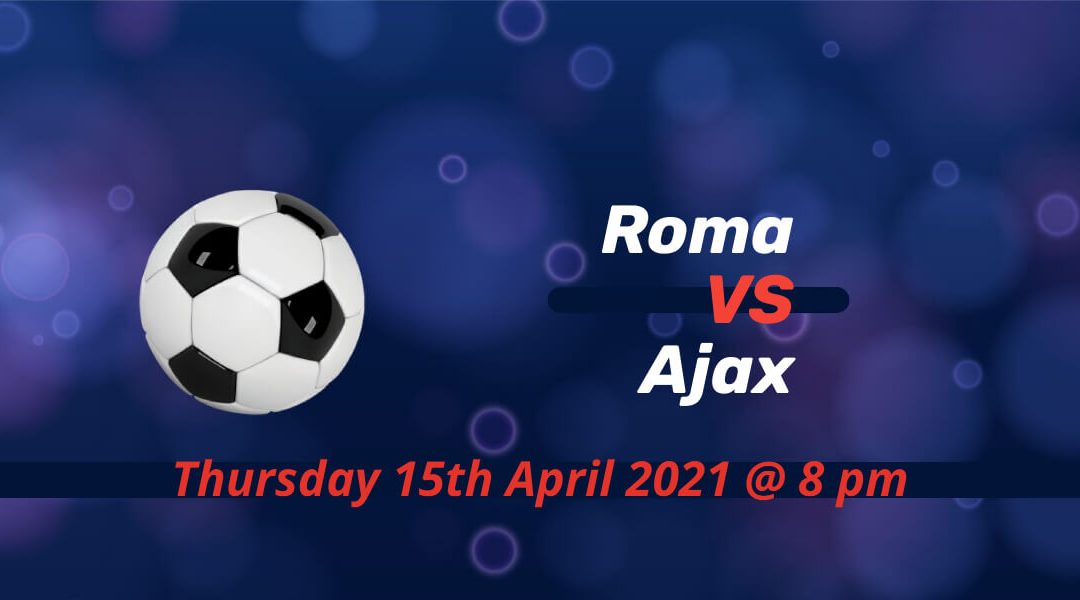 Roma host Ajax for the second leg of their Europa League quarterfinal tie. It was a high-octane and very competitive game in Ajax last week. Europa League's joint top scorer Borja Mayoral was surprisingly on the bench last Thursday. However, he scored the only goal when Roma beat Bologna at the weekend to still be in touch for European places. Ajax also ground out a narrow win in their push for the Eredivisie title.

Roma in the race for Europe

As in the previous season, the number of teams in the top hierarchy of Italian football is high. Both Milan sides are finally in a position to dream for a title. Juventus are in transition, but they're still too good to miss out on Champions League football.

The same goes for the designated overachievers Atalanta and Napoli, who have one of the leagues' best squads. And there are also the two capital clubs. Lazio couldn't repeat their last season surge, but they're still fighting for a place in Europe.

The story is similar for Roma and Paulo Fonseca. The Portuguese coach eliminated his former clubs Braga and Shakhtar Donetsk in the previous rounds of the Europa League campaign. The results haven't been the same domestically as rumours surfaced about Roma's new owners planning to replace Fonseca in the summer.

Ajax is edging closer to another Eredivisie triumph

There is an eleven points gap with only five games remaining in the season. And not just that. Ajax also has a game in hand so they could lift the title before the final weeks of the season. There was intense competition between them and PSV in the first half of the season.

But Ajax managed to lift themselves while Roger Schmidt had to settle for a second-place finish in his first season in the Netherlands. Sebastian Haller, who is not eligible to play in Europe due to registration issues, scored the only goal in Ajax's win at Waalwijk on the weekend.

Ajax only dropped four points in the league since the turn of the year as they've stayed at the summit since matchday 6. Haller reached double digits for goals in only 16 games at the Amsterdam club.

End-to-end game in the first leg

It's hard to predict where the game will go based on the first leg. The two teams are on the same level, which played its part in an exciting football game. Roma came from behind to win away from home. Still, they needed the veteran Dusan Tadic's penalty miss and youngster Kjell Scherpen's mistake.

Roger Ibanez, who was at fault for Davy Klaassen's opener and the penalty incident, scored a wonder goal to put Roma in a better position ahead of the return leg. Lorenzo Pellegrini was one of the solid performers in the game, and it was he who brought back Roma into the game with a free-kick strike.

Leonardo Spinazzola was substituted off injured in the first leg. He could join fellow Roma defenders Chris Smalling and Marash Kumbulla in the list of absentees. Nicolo Zaniolo and Stephan El Shaarawy are still missing at the other end of the field.

Ajax also miss their defenders Daley Blind and Noussair Mazraoui, like the first leg. Haller is not registered, while Scherpen could remain in goal as Maarten Stekelenburg, who also gets a chance after Andre Onana's suspension, is still injured.

Another competitive game in the making for Roma and Ajax?

This could go both ways. Ajax need a two-goal win or score more away goals, but they're capable of doing it in Rome. Fonseca's team also showed their grit and resilience last Thursday as we await another encounter that can live long in the memory.