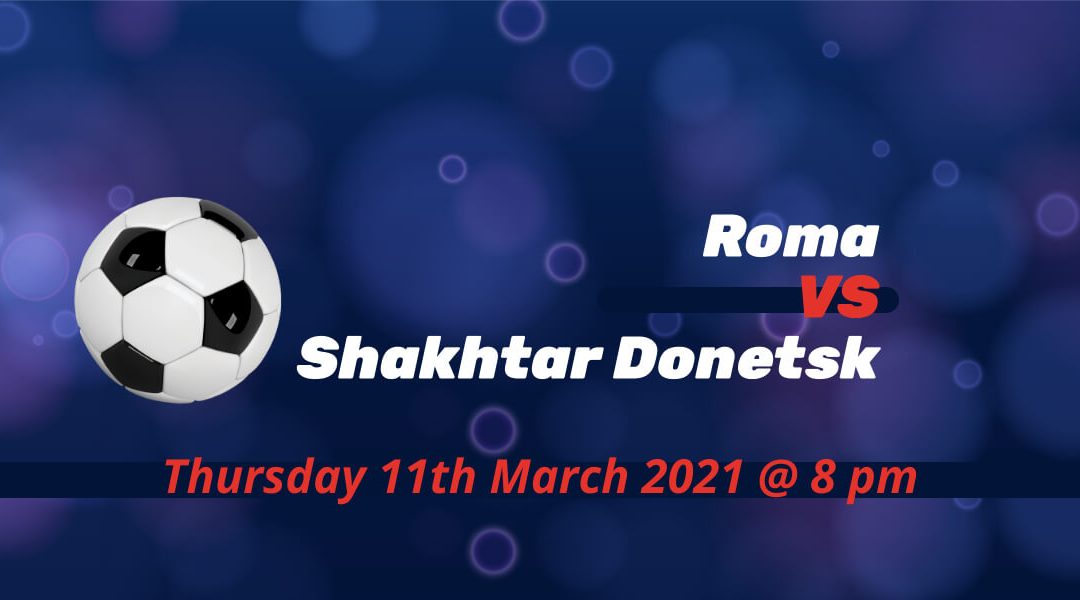 Roma and Shakhtar Donetsk lock horns in one of the most evenly balanced Europa League round of 16 ties. Portuguese coach Paulo Fonseca faces his former club in the headline story ahead of the game. Fonseca enjoyed three successful seasons before coming to Serie A in 2019.

Fonseca could be relieved of his duties even if Roma return to Champions League football. The new owners at the club have reportedly cast their eyes elsewhere. Roma's inability to gain results against big teams is a considerable worry this season.

Atalanta's defeat at league leaders Inter and Roma's second win in a row against Genoa put the Giallorossi back in fourth place. Fonseca's Roma have a game against free-scoring Atalanta as well as Napoli, Inter and the derby against Lazio in the rest of the season.

Europa League presents another chance at getting a ticket to next season's Champions League. There is also the prospect of Roma's first trophy since they won the Coppa Italia in 2007-08. Fonseca has few games left to impress the new owner Dan Friedkin before his contract expires in the summer.

Shakhtar hope for another deep run in Europa League

Shakhtar only lost once in the league this season, but they haven't been at the top of Ukraine's Premier Liga even for a week. After winning each of the last four titles, Shakhtar look to lose the triumph to Dynamo Kyiv. The capital city club also beat Shakhtar for the Super Cup title earlier in the season.

With only eight rounds left in a 14-teams league, Kyiv lead the way four points adrift of Shakhtar. Luis Castro's side won't have another chance to win a domestic title as they were knocked out in their first cup fixture of the season by second-tier Ahrobiznes Volochysk.

The Europa League brings another chance after their run to the semifinals the last term. Before the 5-0 defeat against Inter, they had a memorable run as a free-scoring side. They also had other humiliating nights at Borussia Monchengladbach's hands this season. The Bundesliga club scored ten against Shakhtar without a reply in two Champions League group stage games.

Four of the six fixtures that pit the sides ended in victories for the Ukrainian side. But Roma progressed the last time the clubs locked horns courtesy of the away goals rule. That was also in the round of 16 ties, but it was over in the Champions League.

Fonseca faced Shakhtar in a knockout tie as Braga coach before he came to Ukraine. Shakhtar, who the legendary Mircea Lucescu coached at the time, won 6-1 in aggregate to reach the 2015-16 Europa League semifinal.

Roger Ibanez, Jordan Veretout and Edin Dzeko would be notable absentees from Roma. Nicolo Zaniolo could return to action this season, but this tie came too early for the youngster.

Defensive midfielder Taras Stepanenko, who missed the last two league games due to a knee injury, could miss the trip to Italy's capital.

Roma to held a slight advantage before the all-important return leg?

With COVID-19 ruling out spectators' involvement in football games, home and away means little for teams. This fixture could be decided in the smallest of margins as both sides pose enough quality to go all the way in this season's Europa League.