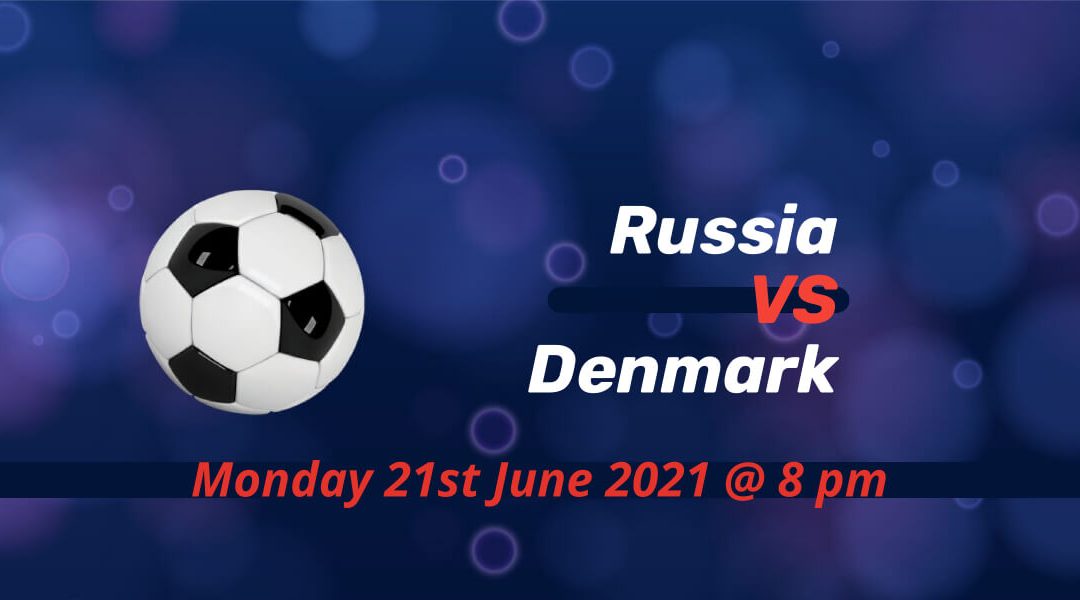 Russia and Denmark fight for qualification to the knockout stage when they meet on Monday in the final group stage game. Denmark know they can’t finish in the top two as their only target now is to make it as one of the best third-placed teams. After they regained confidence with a narrow win against Finland, Russia could only need a point to progress based on results elsewhere.

Russia looked disjointed in their first game of Euro 2020(1) as Belgium could’ve easily recorded a heavy win than the final scoreline of 3-0. Romelu Lukaku was too much to handle for Russia’s new-look defence.

But they had a solid game against Finland after escaping an early scare courtesy of VAR review. In a game with few chances in both ends, Russia finally picked up a win thanks to a first-half injury-time goal by Aleksei Miranchuk.

The Atalanta midfielder is the only Russian player to find the net in the first two rounds. Artem Dzyuba had physically dominant to defenders, but he committed far more fouls than attempted shots on target.

Eriksen discharged from the hospital

Christian Eriksen visited Denmark’s national team and will be cheering for them from his home after being discharged from a hospital. His collapse left the whole footballing world in shock when Denmark open their campaign against Finland.

They were forced to finish the game that night after the news came that Eriksen was stable. Although they had a dodgy penalty-kick decision that went their way, it was a massive ask for them and Finland to continue to compete on the football pitch.

But they still managed to produce a solid display against Belgium, the world’s number 1 side if you believe FIFA’s ranking. Yussuf Poulsen scored an early goal, and Denmark continued to push Belgium until the final whistle. Substitute Kevin de Bruyne was the difference between the sides as he was involved directly in both of their goals.

A second meeting between the two national teams

Russia and Denmark only met once in a football game before their paths crossed at Euro 2020(1). The only incident was a 2012 friendly encounter in Denmark with first-half goals from Roman Shirokov and Andrey Arshavin, helping Russia to a comfortable 2-0 win.

Mario Fernandes’ back injury against Finland means Russia would lose another wide player after Yuri Zhirkov is out with a hip injury. Fedor Kudryashov is another player who can’t be fit for the game due to a muscle injury.

Denmark are in search of three points as Kasper Hjulmand has his entire squad besides Erkisen to choose for the crucial game of the group stage.

A draw could see Russia finish second or among the best third-placed team. For Denmark, only a win will do. They could still lose out on the quarterfinals if four teams registered a better tally than them in the group stage.