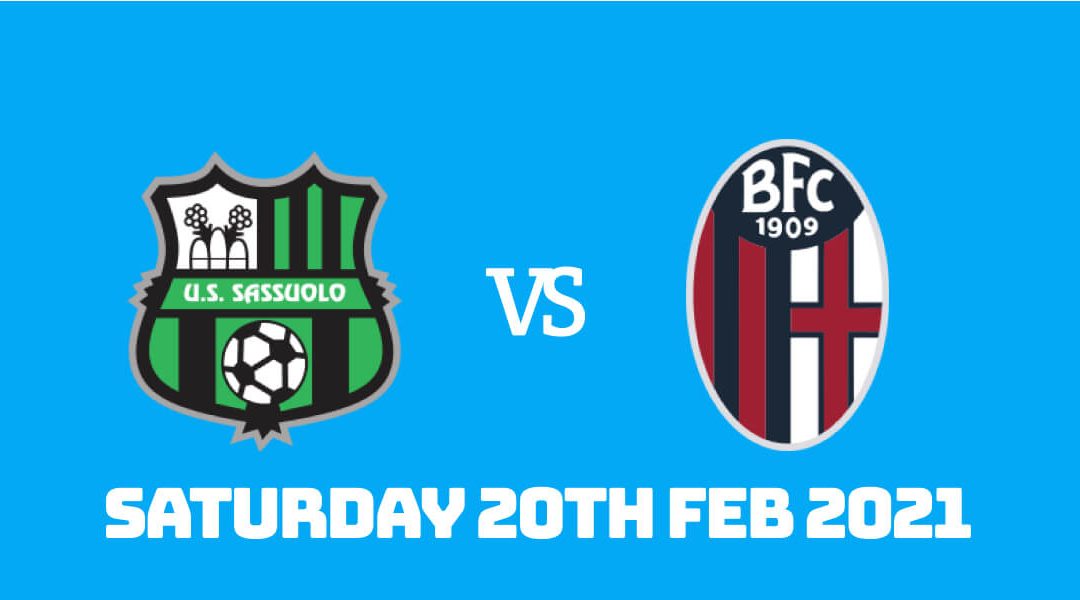 Inconsistent Sassuolo side hosts Bologna in Saturday’s late Serie A fixture. Roberto De Zerbi’s side failed to win consecutive league games since matchday four. Sinisa Mihajlovic’s side drew at home to Benevento after a 3-0 win at Parma, which is only Bologna’s second win of the year.

De Zerbi’s side is still one to watch with their eye-catching style of play, but they failed to build upon last season as European football seems to be far once again. They lost four times since the turn of the year while they were knocked out of Coppa Italia by second-tier SPAL.

After a six-game unbeaten run, Sassuolo returned to winning ways last weekend at bottom-placed FC Crotone. Adam Ounas cancelled Domenico Berardi’s early strike, but Francesco Caputo scored the winner in the second half from the spot.

Caputo finally made his international football debut as he was part of Italy’s squad for the first time at the age of 33. The striker spent much of his time in Serie B before his breakout season with Empoli in 2018-19. It looked like his hopes of representing Italy is over, but Roberto Mancini didn’t overlook the veterans.

The match kicks off at 19:45 on Saturday 20th February 2021 and is streaming live on William Hill TV.

Bologna one of the four teams in 24 points

Five teams are separated in the bottom half by a single point. 11th-placed Genoa are only a point ahead of the four teams beneath them in the standings. This means that there would be a significant change in the table with few results.

After beating Parma with Musa Barrow’s double and Ricardo Orsolini’s injury-time strike, Bologna held by Benevento at home. It only took Nicola Sansone less than a minute to open the scoring as the winger finally netted his first goal of the season.

But Bologna failed to keep the lead as they shared the spoils against the newcomers. Bologna are nine points clear of the bottom three as they look to prolong their Serie A stay. The Red and Blues are yet to finish in the top half of a Serie A table since their latest promotion.

After going winless in seven fixtures, Sassuolo won each of their last three games against Bologna. Caputo and Berardi are the top-scorers of this fixture, with three goals scored against Bologna so far.

The earlier meeting of the sides was a rollercoaster. Orsolini scored a fine goal in the hour mark to put Bologna 3-1, but the match was far from over. De Zerbi’s men scored three goals in the space of 17 minutes to clinch an improbable comeback victory. The winning goal came via an unfortunate own-goal by Takehiro Tomiyasu.

Gary Medel and Federico Santander are the only two players Bologna’s coach Mihajlovic can’t call up for the trip to Sassuolo.

A sixth win for which of the two sides?

This is a good chance for Bologna to close the gap with the top half of the standings. But Sassuolo would be in a confident mood after ending their unbeaten run in the league. De Zerbie’s side are looking for their tenth Serie A win of the campaign. Meanwhile, Bologna already lost ten league games this season. Both teams have five wins each in head-to-head records after 13 Serie A clashes.