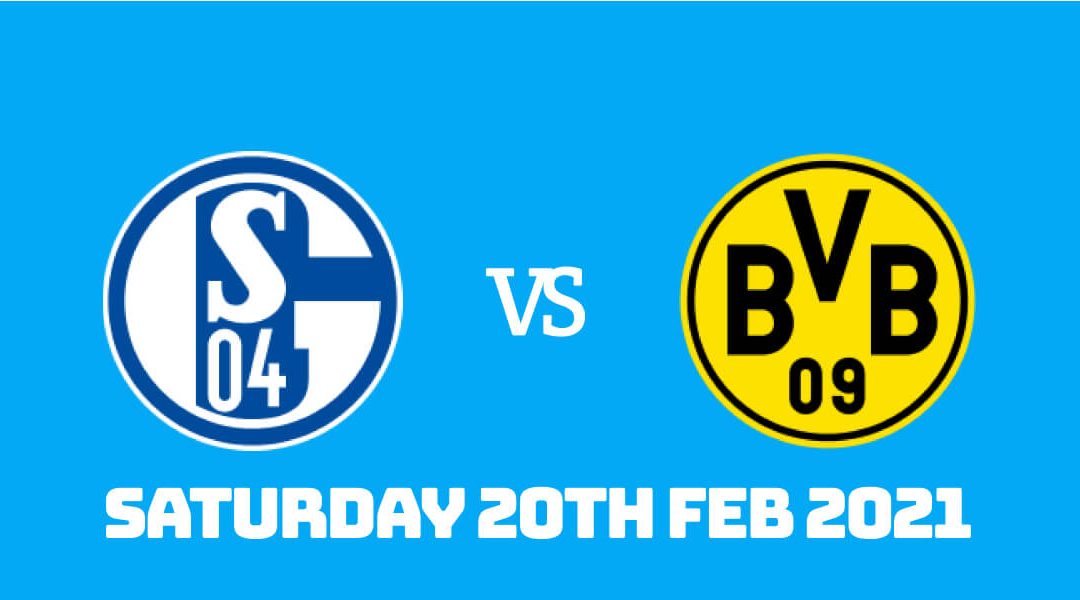 After a much-needed win at Sevilla, Revierderby awaits Borussia Dortmund as they travel to the bottom-placed Schalke. The game is known as “The Mother of All Derbies” in Germany, but this could be the last one for some time. Schalke are full nine points away from safety as they are already prepared for the possibility of relegation. Dortmund are fighting to make it to the Champions League once again but had a torrid time with a single win in the last six league games.

Time is ticking for Schalke

Christian Gross showed great signs of improvement initially, but now Schalke are back to desperation level. Not only the sensational win against Hoffenheim, but Schalke also performed reasonably well in successive defeats against Eintracht Frankfurt, Koln and Bayern Munich.

But it can’t continue like that if they have to make up for the gap in the rest of the season. They were well-organized once again at Bremen in the first half but ended up lucky to not lose the game. Leipzig were no match for them as they lost 3-0 in the first game after replacing Ozan Kabak with Shkodran Mustafi.

The World Cup winner has never played in Bundesliga before, but he’s now the key figure at the back to help the Blues fight relegation. He had a much better outing against Union Berlin as Schalke battle for a point. However, it’d not help them much with a single win so far in the season, leaving them with little chance of survival.

The occasion of the derby will be a perfect motivation for Gross’s men if they’re up to the task. Schalke were struggling a couple of seasons ago when they beat title hopefuls Dortmund at Signal Iduna. A similar result would be a big incentive for the rest of the season in Schalke’s bid of avoiding the drop.

Dortmund get a breather in Europe

The return of the Champions League ended up being a welcome break for Edin Terzic’s men. They were in a low point of their season after a sequence of frustrating results and injuries to key players. Terzic’s lineup at Sevilla breathed a new life to Dortmund’s season, however.

And the win came even after they went behind once again, with a deflected Suso effort inside the first ten minutes. Many expected Dortmund would crumble with the Spaniards enjoying one of the best defensive records in Europe this season. Yet Erling Haaland inspired Dortmund to an impressive comeback win.

The Yellow and Blacks scored three times before the halftime break. Haaland netted a brace with splendid finishes after he spotted Mahmoud Dahoud for Dortmund’s first goal as the hot-and-cold midfielder blasted from range.

They controlled the game throughout but nearly ended up bottling it, however. Substitute Oscar Rodriguez created havoc with set-piece play. Still, it only resulted in one goal for Sevilla as Dortmund held on for a 3-2 win. Returning after a knee injury, Thomas Meunier nearly cost the game for Dortmund with an unnecessary challenge in the penalty box.

The last two derbies were one-sided

Dortmund scored seven without reply in the last two Reiverderby fixtures. Schalke’s 4-2 win at Dortmund in 2019 was the last time they held the bragging rights. In the 3-0 win for Dortmund earlier this season, all goals came after the break.

Schalke will still be without strikers Klaas-Jan Huntelaar and Goncalo Paciencia, while Mark Uth is also a doubt.

There is no new addition to Dortmund’s injury list. Roman Burki could be back in goal as he has recovered from his injury, and Marwin Hitz has had uncertain moments in his absence. Meunier could also take his place back from young Mateu Morey, who had a good game at Seville on Wednesday.

Another easy Dortmund win in the derby?

The mood at Dortmund improved vastly after their Champions League win. They once again showed the team spirit by fighting for each other, but it was complemented with their performance on the pitch. For Schalke, this is an excellent chance to start their road to an improbable survival, but confidence is low at Veltins Arena right now.