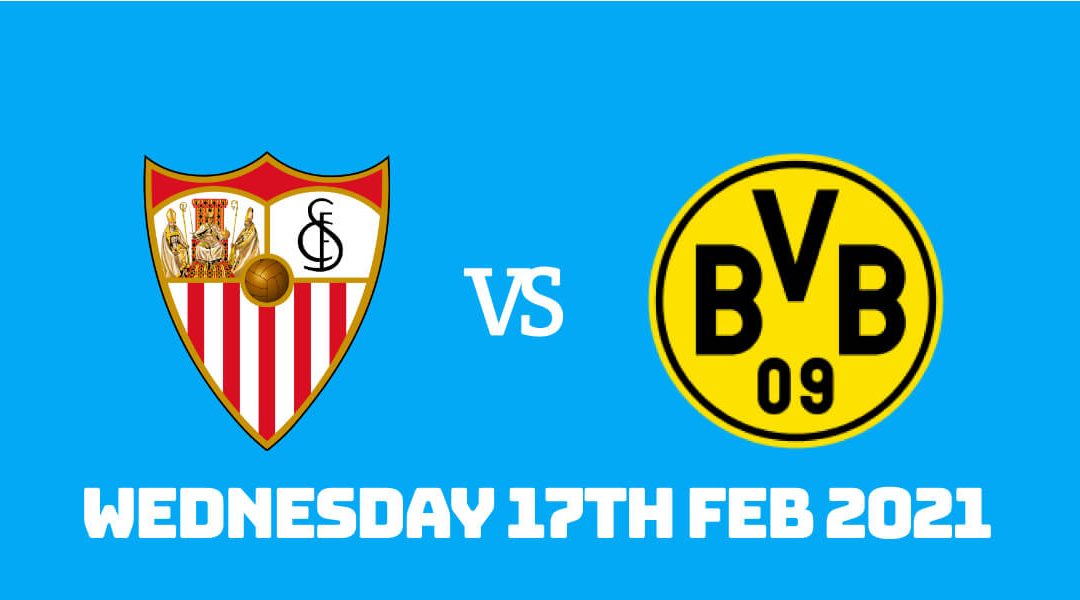 Two teams in contrasting form go head-to-head in Wednesday’s Champions League tie as Sevilla host Borussia Dortmund. La Liga’s fourth-placed team won each of their last nine games as they continue to fight on three fronts. Dortmund are also on the hunt for a domestic cup triumph, but they have only won one of their last six Bundesliga games.

Julen Lopetegui helps Sevilla to firm their place in the top four of La Liga. The Europa League kings make it to the Champions League via their league position only once in nine seasons before his arrival. But they finished third in La Liga last term in addition to their sixth Europa League triumph.

They’re also heading into another top-four finish this term. Real Sociedad trail Lopetegui’s side by seven points in fifth-place with Sevilla having a game in hand. Sevilla are also in a good position to reach the Copa del Rey final after a 2-0 first-leg win against Barcelona.

Youssef En-Nesyri is the star of Sevilla’s season. The Moroccan striker is already one goal short of tripling his first season tally. With the winter signing of Papu Gomez, Sevilla add more creativity in midfield. Their defence is still the core of their success as they kept a clean sheet in each of their last seven matches across all competitions.

Lopetegui rested key players on Saturday’s win against cellar-dwellers Huesca. All the five substitutes in the night were regular starters – Jules Kounde, who scored a memorable goal against Barcelona, Joan Jordan, Fernando, Suso and En-Nesyri. Lucas Ocampos didn’t make the squad with an ankle injury as a much-changed Sevilla side laboured to a hard-fought win thanks to Munir El Haddad’s strike near the hour mark.

Dortmund continues to distance themselves from the top-four in Bundesliga as they fail to impress since their win at Leipzig. Strikers Erling Haaland and Youssoufa Moukoko are the only two performers who keep delivering the goods regularly. Jadon Sancho has his moments, but he struggled for consistent form.

They salvaged a draw against Hoffenheim on the weekend, but the Sinsheim club should’ve won it on the balance of the game. It was a tale of two halves. The first half was an end-to-end affair with both teams leaving huge gaps in their defensive zone leading to multiple goal-scoring opportunities at either end.

Sancho opened the scoring right after Ihlas Bebou squandered a good chance for Hoffenheim. Raphael Guerreiro provided his ninth assist of the season. The visitors continue to have opportunities without Andrej Kramaric, who scored four at Signal Iduna last year. Dortmund were lucky Munas Dabbur’s leveller is the only goal they conceded in the first half.

The second half was different, with limited chances at both ends. Both of the goals here scored with defensive mistakes. Marwin Hitz, who also didn’t cover himself in glory at Freiburg the previous week, was at fault for Bebou’s early strike. Haaland ended a four-game scoreless run at home in the league with the equalizer after a loss of concentration by Sebastian Hoeness’s side.

A first knockout meeting between the sides

Sevilla and Dortmund paired together in the 2010-11 Europa League group stage. The Spaniards won the first game at Dortmund. The sides were separated by a single point going into the final matchday as Sevilla held on to progress with a nervy 2-2 draw. But it wasn’t one of the years they lifted the title as they were knocked out by eventual champions Porto in the Round of 32.

Ocampos is the big name absentee for Loptegui’s side as they aim for only the second Champions League knockout tie win in the club’s history.
Roman Burki and Thomas Meunier are returning from injury, but they’re not expected to travel with the team for this one. Edin Terzic also continues to miss the services of Axel Witsel, Dan-Axel Zagadou and Thorgan Hazard.

Similar story to how their season going?

Sevilla is the team who came to this fixture in great form. Meanwhile, Dortmund struggle to keep their opponents at bay.