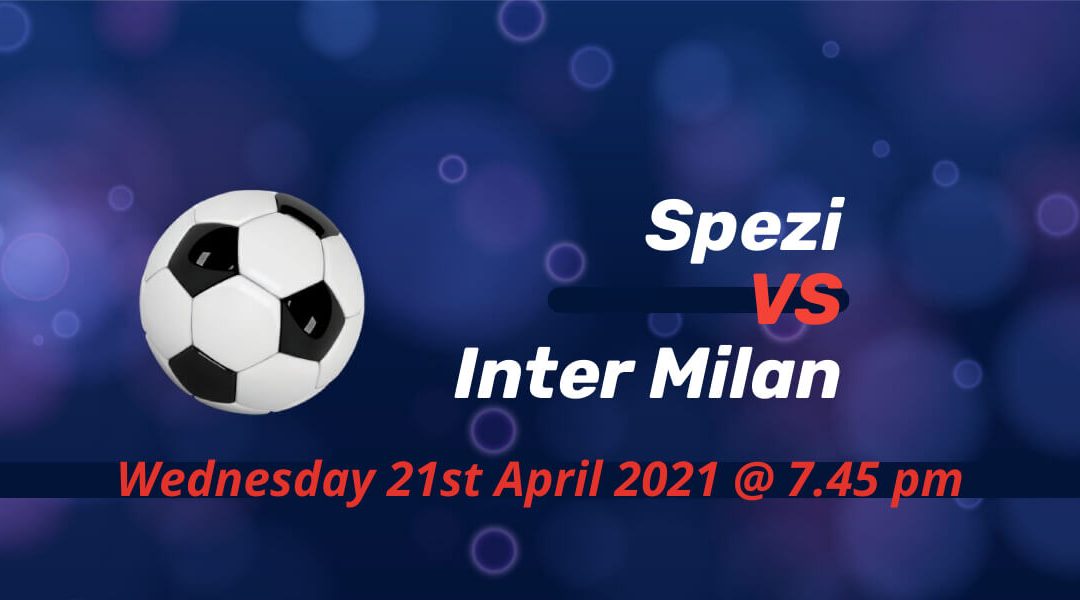 Inter hope to start another winning streak when they travel to Spezia on Wednesday. Antonio Conte’s side finally saw their run come to an end at Napoli on the weekend. Spezia lost each of their last five games on the road, but they won the previous two at Alberto Picco.

While there have been five defeats on the trot in away games, Spezia didn’t lose any of the last five at home. The run started with a historic win against AC Milan, who were top of the table and never lost in about a year at the time.

Draws against Parma and Benevento followed before they went on to win the last two games. Spezia’s last five games saw goals at either end as the club is enjoying a successful debut Serie A season.

They’ve no relegation concern, while Europe is way too soon for them in the meantime. Still, they lost heavily on the weekend with a 4-1 reverse at Bologna, with all the goals scored before the hour mark.

The match kicks off at 19:45 on Wednesday 21st April 2021 and will be streaming live on William Hill.

Inter still in route to first Scudetto in a decade

Conte’s side won 11 league games in the row before the weekend. The run includes big wins against Lazio, AC Milan and Atalanta. It took Gennaro Gattuso’s European hopefuls, Napoli, to take points off Inter for the first time since the goalless draw against Udinese in January.

Coupled with the eight games winning run at the end of 2020, Inter have the reward for their consistency in the league with no shortage of title contenders at the season start.

While AC Milan have been at the top for a while, Inter took up a notch when it matters. The exit from the European competition was also a real help because they were only concerned about the league’s actions on the weekend.

Inter hope to keep a 100% record against Spezia

Inter won all five games against Spezia to date. The latest fixture ended 2-1 with Achraf Hakimi and Romelu Lukaku scoring the goals after the break. Conte lost to Spezia when he was a coach of Arezzo of Serie B in 2007, however.

Nahuel Estevez is currently in quarantine after contracting COVID-19. Cristian Dell’Orco and Juan Ramos could also be missing from Spezia’s defence on Wednesday due to injuries.

Experienced players Aleksander Kolarov and Arturo Vidal are still on the sidelines at Inter.

Inter to take another huge step to the title?

Every win is putting Inter one step closer to the Serie A triumph. With the European Super Cup talk dominate the headlines, the teams who win this season’s league competitions would get less coverage. But Inter’s triumph needs to be applauded as Juventus dominated Serie A since they came back stronger. Spezia exceeds expectations in their first-ever Serie A season.