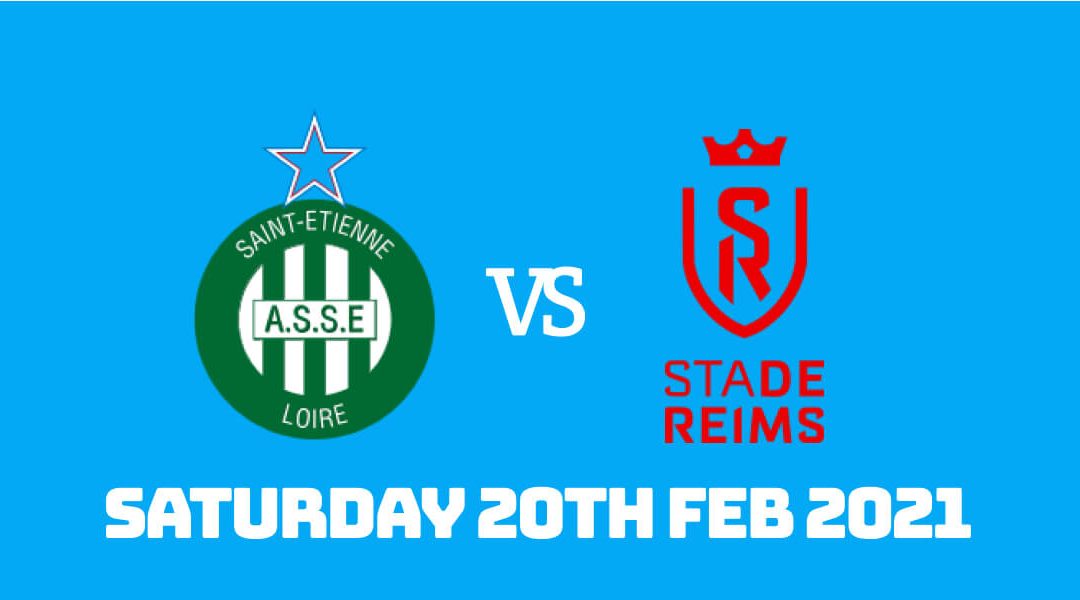 Bottom half table teams AS Saint-Etienne and Remis lock horns in Saturday’s earlier Ligue 1 fixture. Both teams collected 29 points after 25 matches this season; two successive wins drag St Etienne out of the relegation equation. Reims are winless in the last three, but they have only lost twice since the turn of the year.

Saint-Etienne in fine form of late

Claude Puel’s side collected ten points from their last four Ligue 1 games. They’ve only conceded a single goal in that run, which is a great record considering they lost at home to fierce rivals Olympique Lyon 5-0 in their previous fixture.

Charles Abi’s late goal that sunk OGC Nice started the streak for the Greens. They only take a point against fellow strugglers Nantes at home before vital wins against European hopefuls Metz and Rennes.

John Boye’s early own-goal helped Saint-Etienne to record their first home win since August 2020. They followed it with an excellent performance at fifth-placed Rennes. Denis Bouanga and Arnaud Nordin scored the goals for Saint-Etienne at either end of the half. However, they knocked out of the cup earlier this month by Ligue 2 side FC Sochaux.

After their promotion to Ligue 1, Reims finished in the top half of the standings in the past two seasons. When the league interrupted the last term, David Guion’s side were in astonishing fifth place. They made it to the Europa League but lost to Hungarian side Fehervar FC on penalties in the third round of qualifiers.

Their season start was also tough as they only collected two points from the first seven rounds. A stunning 4-0 win at Montpellier was an eye-opener. Reims now sits seven points clear of the relegation playoff spot.

After successive 1-0 wins against Brest and Strasbourg at the end of January, Reims failed to win any of their three Ligue 1 games this month. Home draws against Angers and Lens sandwiched by a defeat at one of the league’s in-form side, Lorient.

The Champions League has no place for Saint-Etienne and Reims. Still, both teams reached the final of Europe’s elite competition in its previous format. Reims reached two European Cup finals in the 1950s, including in the inaugural season in 1955-56. Saint-Etienne made their final appearance in the 1976-77 season.

The first meeting between the sides earlier this season ended in a comfortable win for Reims. Guion’s side had a 3-0 lead before the hour mark, with Boulaye Dia scoring a first-half brace. Abi scored a consolation goal for the visitors as the game ended 3-1 in favour of the Red and Whites. Dia is enjoying a productive season as the Senegalese striker currently sits in the scoring chart in the joint-fourth place.

Reims captain Yunis Abdelhamid missed the 1-1 draw against Lens with a thigh problem. The Moroccan defender is not expected to return to full fitness for Saturday’s showdown.

Yvann Macon, who suffered a cruciate ligament rupture in October last year, is the only Saint-Etienne player on the sidelines.

Saint-Etienne to continue their excellent run of form?

The hosts would be confident coming to this one after their decent run of results since the final day of January. Both teams have little relegation worries currently, but things could change for the worse quickly.