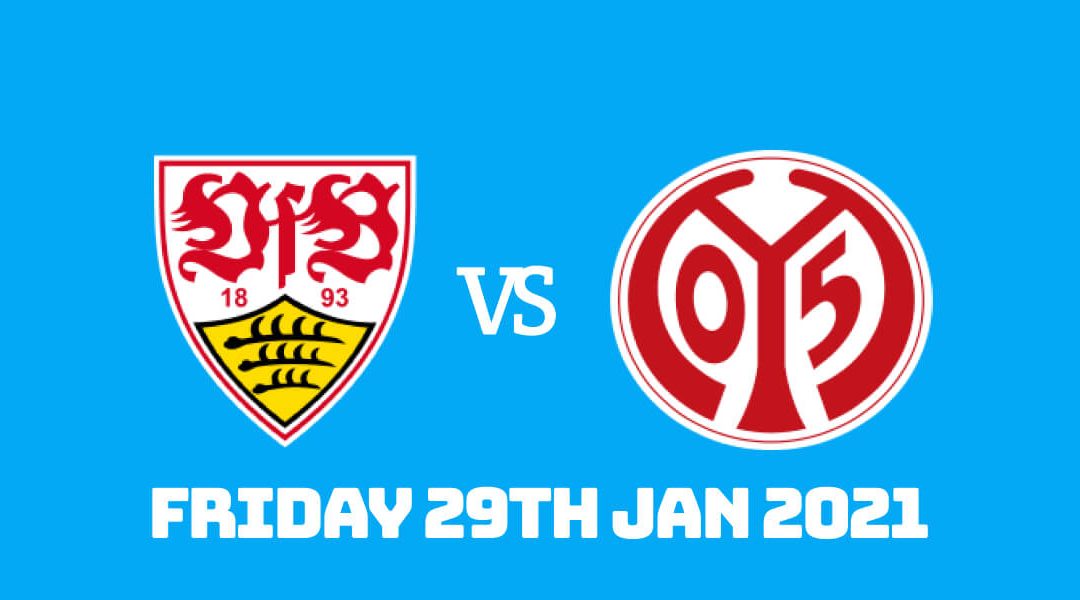 VfB Stuttgart and Mainz 05 start this weekend’s Bundesliga action as they aim to win a Friday night match for the first time this season. The Swabians only salvaged draws against relegation fodder clubs Koln and Schalke in their two games under Friday floodlights. Mainz’s only Friday game saw their biggest defeat of the season when they slumped to a 4-0 defeat at Union Berlin.

Entertainers Stuttgart yet to win at home

Stuttgart currently sits tenth in the standings despite still waiting for their first win in Mercedes Benz Arena. All of their five wins registered away from home as Pellegrino Mattarazzo’s team play exhilarating football that’s not usually associated with newly-promoted clubs.

Sven Mislintat had a disappointing spell at Arsenal, but the former Borussia Dortmund’s chief scout is working wonders at Stuttgart. He played a huge role in assembling a talented team on a limited budget. The Italian-American coach takes great use of the players acquired thanks to Mislintat’s eye for talent.

Japanese midfield architect Wataru Endo and top-scorer Silas Wamangituka are just two of the new stars of Bundesliga. From the commandable goalkeeper Gregor Kobel to Argentinian international Nicolas Gonzalez, Stuttgart possess youthful quality throughout the pitch. Gonzalo Castro and Daniel Didavi’s vast Bundesliga experience is a big plus to the side.

The last two games haven’t been kind for Stuttgart, however. After battling for a late draw against Borussia Monchengladbach, they faced an unexpected battering at fellow newcomers Arminia Bielefeld. They played some great football in the derby at Freiburg last Saturday, but they were unlucky to return home without a point.

Mainz finally ends their awful run against Leipzig, not least coming back twice against Julian Nagelsmann’s side. The win also comes after English Premier League side Crystal Palace completed the signing of Jean-Philippe Mateta, who scored half of Mainz’s goals in the first half of the season.

In place of the departing star striker, Mainz got their goals from the unlikeliest of sources. Moussa Niakhate, who came closer to score a sensational goal at Dortmund, netted his first goals of the season as he cancelled Leipzig’s lead twice in the first half. Midfielder Leandro Barreiro scored the winner after the break as Bo Svenson tasted his first Bundesliga victory as a manager.

It was the first goal at the senior club level for the Luxembourg international. With Robin Quaison, Karim Onisiwo, and Jonathan Burkardt only finding the net a collective four times, Mainz could be on the lookout this January to replace the French striker in their bid to avoid relegation.

They already find great success with their two loan signings from Eintracht Frankfurt. Both Dominik Kohr and Danny da Costa saw limited action at Adi Hutter’s system. Still, they created an immediate impact at the carnival club. Kohr was solid in the middle of the park whereas the flying wingback da Costa assisted the winning goal with some aplomb.

Chaos at Mainz the last time they faced Stuttgart

Stuttgart only won three of their last fourteen matches against Mainz, but the latest one came in the side’s last meeting. A 4-1 comeback win at Opel Arena kickstarted Stuttgart’s excellent away form. It was also Achim Beierlorzer’s final game at the helm. The former Koln manager lost the dressing room after his dispute with Adam Szalai.

Borna Sosa and Philipp Forster could be out of action due to muscular problems from Stuttgart. Meanwhile, Mainz’s underused Cameroonian midfielder Pierre Kunde is on the sideline after his knee surgery.

Mainz will be confident coming into this one, but Stuttgart fancies their chances against their visitors who only kept a single clean sheet all season. Incidentally, both teams wouldn’t climb up places in the standings even with a win. This would minimize the possibility of a draw result as they both need to play for the three points to make up for the lost times.