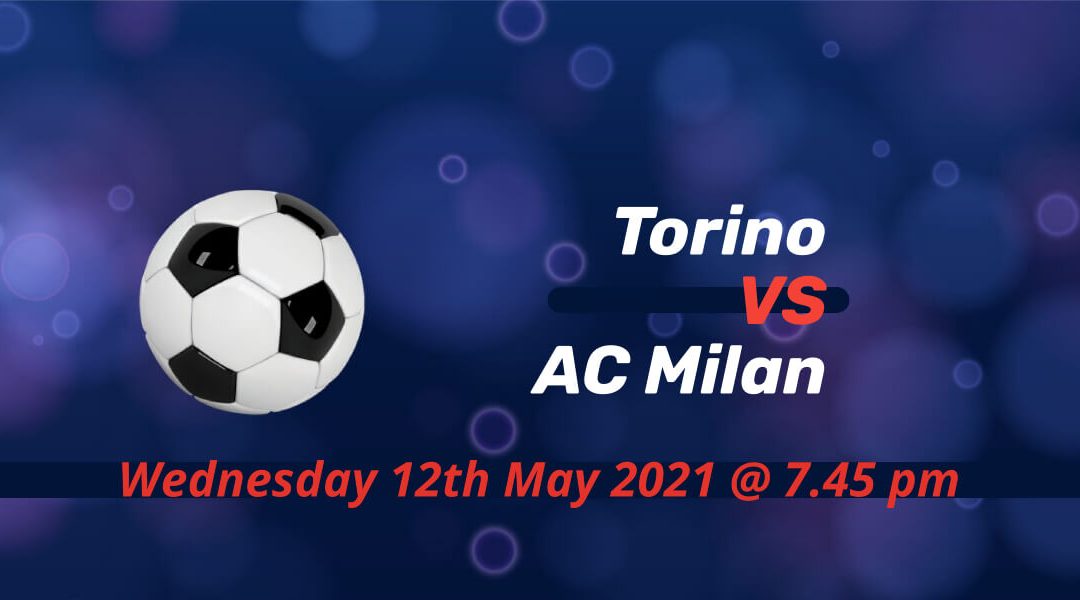 Two teams that still have lots to play for face each other on Wednesday. Relegation fighters Torino host AC Milan, whose Champions League hopes got a considerable boost with a rare victory at Juventus.

Torino extend the gap with the bottom three to four points

Finally, Torino caught up in the relegation fight as they only lost once since April. And they will also have a game in hand against Lazio next week. With Benevento sinking, Torino use the opportunity to get out of the drop zone.

Davide Nicola only lost four games in Serie A since replacing Marco Giampaolo in January. Three of them came in March. Wins against Udinese, Roma and Parma helped Torino to move towards safety.

In Giampaolo’s final game in charge, a goalless draw against Spezia, Torino were in 18th place. Since Nicola replaced the experienced coach, Torino has never spent a week in the bottom zone, even though they played one less game for months.

The match kicks off at 19:45 on Wednesday 12th May 2021, and the entire game will be available on Premier Sports.

The resurgence of the other Milan club, Inter, made AC Milan’s fantastic first half of season form into old news. Now they restored their pride with appreciations flowing for Stefano Pioli’s side after their big win at Juventus.

It was a deserved victory for Milan, who also missed a penalty through the usually reliable Franck Kessie. The injury to star striker Zlatan Ibrahimovic is the only concern for Milan on the day.

Brahim Diaz and substitute Ante Rebic scored superb goals before Fikayo Tomori added a third that would’ve further implication in the standings. Milan has a better head-to-head record thanks to the third goal, if Juve makes up for the three points cushion.

After going six games winless against Torino, Milan won each of their last four games against the Turin club. They beat them twice this season, both in Serie A and Coppa Italia. The games played in three days, with Milan first recording a comfortable 2-0 win in Serie A. However, the cup fixture went into a penalty shootout as Tomas Rincon’s missed kick saw Milan go through to the quarterfinal, where they lost to Inter.

Armando Izzo, Nicola Murru and Vanja Milinkovic-Savic, Lazio’s Sergej’s brother, will be unavailable for selection due to injuries.

Zlatan will miss the next two games against Torino and Cagliari. Alexis Saelemaekers is suspended for this one due to accumulated yellow cards.

Milan to retain their advantage in top-four race

It’s in their hands now, and Milan will do their utmost to return to Champions League. Their start to the season promised much, but finishing in the top four in an ultra-competitive era is a big positive for Milan’s project. Torino will face direct rivals Spezia and Benevento in their final two games of the season.