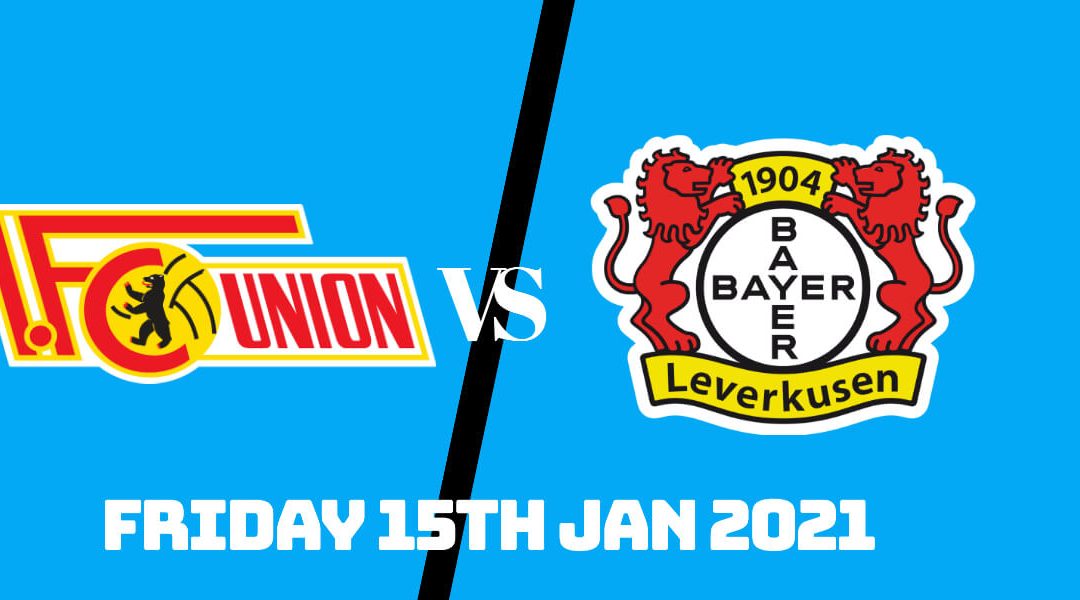 Bayer Leverkusen aims to end their winless Bundesliga run when they visit surprise packages Union Berlin on Friday. Peter Bosz's side only picked up a point from their last three league encounters, but they got back to winning ways comprehensively in a 4-1 cup win against Eintracht Frankfurt on Tuesday. Union Berlin is unbeaten since losing to Hertha Berlin in the big derby in early December 2020.

In only their second season in Germany's biggest pyramid, Union Berlin is making a surprise push for European places. Although avoiding relegation remains the main goal, Urs Fischer's side can dream big as they already collected 25 points from the first 15 rounds.

It could've been even bigger if it wasn't for the habit of squandering leads. Union scored the first goals in each of the last five occasions they dropped points. Eintracht Frankfurt and Stuttgart managed to grasp a point against Union after going two goals behind.

In their last Saturday's encounter, Union had a chance to extend their winning streak to three games at home against fellow highflyers Wolfsburg. Maximilian Arnold sent off five minutes into the second half with Robert Andrich putting the hosts in front from the resulting free-kick. Union couldn't hold their goal and extra man advantage, however, as they shared the spoils with Oliver Glasner's side.

It's all a bonus for Union on how their rest of the season goes, however, as they already opened a 14-points gap between themselves and the relegation/promotion playoff place. Union lost half of their first 14 games last season, but they only suffered two defeats so far this term as there is also a big improvement in their playing style.

The match kicks off at 19:30 and the entire match is available on BT Sport

Is Leverkusen ready for a title challenge?

The start of the season was underwhelming for Leverkusen. Three consecutive draws left the board to scrap for further attacking reinforcements. They've lost out to Werder Bremen's Milot Rashica as it was late to seal the deal. Little was expected from Bosz's troops as they sold their two main weapons Kai Havertz and Kevin Volland without much replacement.

But it's all quickly forgotten with confidence levels back once they put together crucial wins in the league. Their scrappy win at Mainz was an absolute game-changer with Leverkusen only dropping two points from nine league games. While also easing their way through to the Europa League's knockout stages.

Both Lucas Alario and Patrick Schick spend some time on the sidelines due to injuries, but they're superb whenever they're on the pitch. Leon Bailey finally regained his excellent form as he eyes a move to Premier League while Nadim Amiri and 17-years-old Florian Writz are among the best creative players in Bundesliga this season.

Leverkusen had the chance to finish 2020 top of the Bundesliga before Robert Lewandowski scored an injury-time winner at BayArena. It was their first league defeat of the season before they also succumbed to another defeat after scoring the opener against Frankfurt. Last week's home draw against struggling Bremen was uninspiring, but the matchday saw both Bayern and Leipzig lose.

Union yet to take points off of Leverkusen

In five games pitting Union and Leverkusen, the Werkself has a perfect record. Three of those came last season in Union's first-ever Bundesliga appearance while Leverkusen also knocked out Union in their run to the DFB Pokal final. The other two occasions also came in the cup competition. Last season's Bundesliga fixture at Union was the closest the Berlin side came to ending the bad run against Leverkusen before Karim Bellarabi's injury-time winner.

Union would still be without strikers Max Kruse, Joel Pohjanpalo and Anthony Ujah but the form of Liverpool-loanee Taiwo Awoniyi is excellent in recent matches. Kruse was the architect to Union's early-season resurgence, but they coped up admirably without his services. Christian Gentner is also likely to miss the game, but Grischa Promel and Nico Schlotterbeck are back after a suspension and injury.

Bayer Leverkusen's new signing Timothy Fosu-Mensah has to be in quarantine for five days before joining team training making him unavailable for selection until next weekend. Apart from long-term absentees, Bosz has no major injury worries as influential Chilean midfielder Charles Aranguiz also back in the side.

Leverkusen to extend their perfect record against Union?

Union's last two Friday fixtures this season saw a 4-0 win against Mainz and a second triumph against Borussia Dortmund. They're also the side in better form in Bundesliga coming into this fixture, but Leverkusen would be keen to make up for the lost times. With a win, Bosz's side can close the gap to out of sorts Bayern to a single point before Hans Flick's side face Bundesliga's in-form side Freiburg on Sunday.