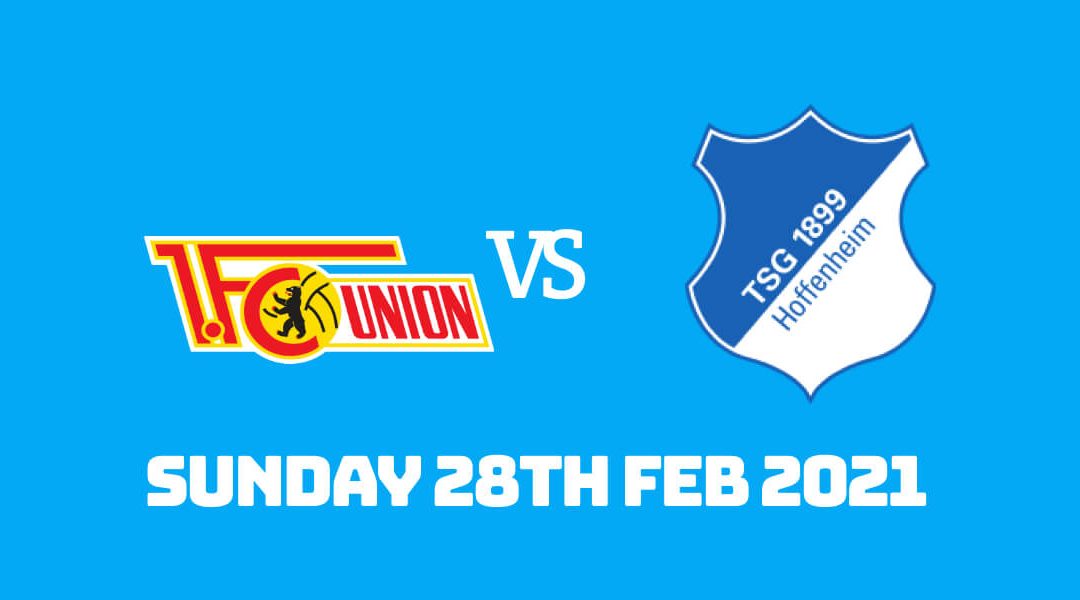 Union Berlin and TSG Hoffenheim kickstart Sunday’s Bundesliga action as there will be three games once again. The capital club finally returned to winning ways with a narrow win at SC Freiburg. Hoffenheim was knocked out of Europe on Thursday after a stunning victory against Bremen last week.

Another European surge by Union?

After a surprise bid for Europe in the first half of the season, Union finally cooled down as they failed to win any of the previous five games before winning at Freiburg. Draws against out-of-sorts Borussia Monchengladbach and hapless Schalke at home are hardly inspiring for a side dreaming about Europe.

They also lost to Augsburg and Mainz away from home. Last Saturday’s game at Freiburg was destined for a goalless draw before Grisha Promel met Markus Ingvartsen’s stunning cross. The diminutive midfielder scored both of his goals with headers this season.

Union held on for the win as they climbed up to seventh place in the standings. They’re still only five points off fifth-placed Bayer Leverkusen. Their next two fixtures after Hoffenheim also pit them against teams in the bottom half of the standings, with Koln and Arimina Bielefeld their opponents.

It promised much for the large spell. Hoffenheim reached the knockout stages in Europa League with five wins and a single draw. Then, they were 3-1 ahead at the first leg of the round of 32 at Malmo.

It all went downhill after that, however. They were forced to draw 3-3 away from home before a surprise 2-0 defeat at Pre Zero Arena meant Sebastian Hoeness’s side dropped out of Europe. They were the better side both on the night and overall. Still, they couldn’t materialize on their opportunities, including Munas Dabbour’s missed penalty in the first leg.

In Bundesliga, their 4-0 win against Bremen was emphatic last Sunday. In the win, after two defeats and an entertaining draw at Dortmund, Hoffenheim were in total control as Dabbour, and Ihlas Bebou caused all kinds of havoc to the Green and Whites. Winter arrival Georginio Rutter scored his first goal with a brilliant shot from outside of the box.

Hoffenheim won both games in Union’s first Bundesliga season, but the Berlin club shocked Hoeness’s side with a 3-1 win on a Monday night in November. Robert Skov’s red card was the catalyst for Union to go for all three points. Max Kruse opened the scoring two minutes later, but Hoffe threatened to get back in the game with Dabbour’s equalizer.
Joel Pohjanpalo, who is yet to score in Bundesliga as a starter, and Cedric Teuchert scored off the bench to lift Union for a 3-1 success.

Andreas Luthe returns to the side, but Urs Fischer has a tough decision to make as Loris Karius didn’t concede a goal in the two games deputizing for the regular keeper. However, Taiwo Awoniyi, Sheraldo Becker, Nico Giesselmann and long-time absentee Anthony Ujah are out of action. Kruse could make his first game since the Berlin derby after he was an unused sub at Freiburg the previous week.

Hoffenheim’s list of injuries is as long as ever, with six defenders out. Skov, who saw a red in the reverse fixture, and Mijat Gacinovic are also doubtful for the game.

Hoffenheim to make up for the reverse fixture defeat?

It’s now all about Bundesliga for Hoffenheim. It’s the only competition they will play in for the rest of the season, and finishing in the top half of the standings will be the priority. Winning such games go a long way in making it happen, but Europe is out of the question as they trail Bayer Leverkusen by eleven points.