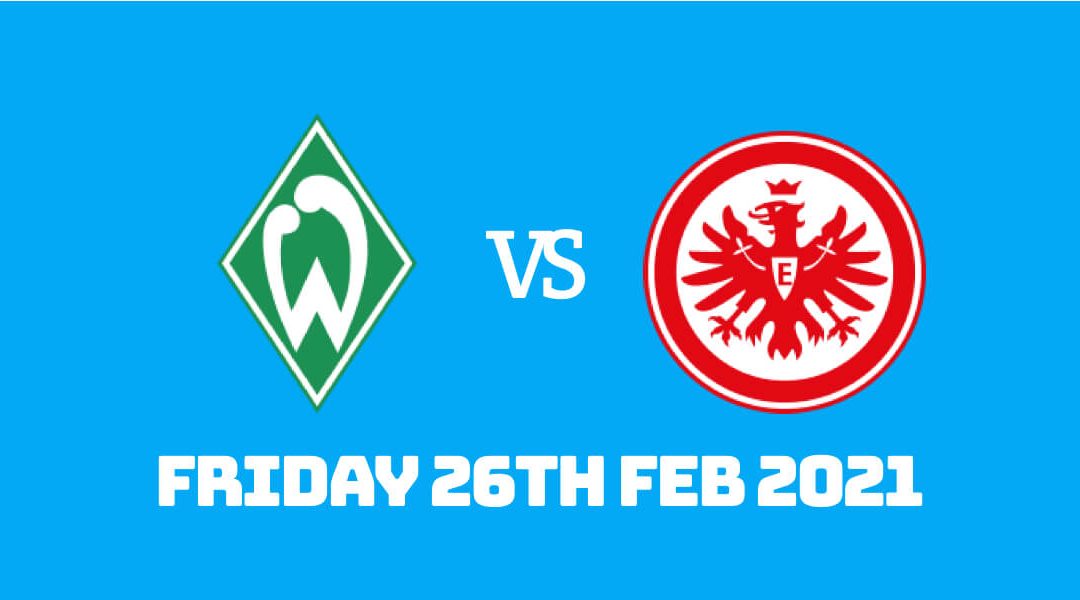 Werder Bremen, who only won four home games since the start of last season, host Bundesliga’s in-form side Eintracht Frankfurt in this week’s Friday night action. SC Freiburg is the only team to take points off Adi Hutter’s side in their last ten league outings. With the improved form of the teams in the danger zone, Bremen could find themselves in another relegation scrap with another bad run of games.

It was quite unthinkable at the start of the campaign, but Frankfurt can now dream about making it into Europe’s premier competition. They had a memorable run in the Europa League in the 2018-19 season where a penalty shootout knocked them out in the semis by eventual champions Chelsea.

There is no European football for Hutter’s troops this term, however, after their ninth-placed finish. It helps that there is no Thursday night distraction in their bid to go one better with a top-four finish. Frankfurt were also eliminated from the cup by Bayer Leverkusen last month.

The league form made all of Europe take note, though, with nine wins from their last ten games. Eintracht only took three points on two occasions in the first twelve league matches. But it’s mostly the issue of turning draws to wins, as they throw comfortable leads against the likes of Borussia Monchengladbach and VfB Stuttgart.

Bremen need to keep the bottom three at bay

Florian Khofeldt’s side has had a modest season so far, but things could become problematic if they fare worse in the next few weeks. They will face top-six sides five times in their next eight Bundesliga games. Bremen currently sit five points adrift of Arminia Bielefield, who are in the relegation playoff spot.

The two sides will face each other in a rescheduled fixture next month. With Mainz revived due to significant comeback results in recent weeks, and Hertha Berlin expected to improve, Bremen could be in danger once again if they don’t improve on their last week’s awful display at Hoffenheim.

The Sinsheim club had equal points with Bremen before the game, but there was a vast gulf between them throughout the entire game. Sebastian Hoeness’s side won it comfortably 4-0 as Bremen failed to create a meaningful chance. The next two games after this will pit Bremen against direct competitors Koln and Bielefeld.

Bremen has the better record overall, but Eintracht Frankfurt avoided defeat in their last five head-to-head meetings. Stefan Illsanker, who only had one goal in a century of Bundesliga appearances before then, scored twice when Frankfurt won 3-0 at Wohninvest-Weserstadion last season.

The reverse fixture earlier in the season ended in a draw as Andre Silva equalized for the Eagles after Josh Sargent’s opener. The US international gets regular playing time this term but only scored twice in the league. Silva, meanwhile, is having his best-ever season with 18 goals from 20 Bundesliga appearances.

If he opts, Khofeldt can use the same starting lineup from the Hoffenheim game as there are no new team injuries. But the 2018 German Coach of the Year is expected to make changes to the side after the disappointing display last time out. Ludwig Augustinsson is still out with a thigh problem.

Silva will return to the team after missing last weekend’s emphatic win against Bayern Munich. It remains to be seen whether Hutter will decide to start him and Luka Jovic for the first time or drop the Serbian striker whose chance of signing permanently for Frankfurt is minimal. Evan N’Dicka is suspended for the trip to Bremen after he picked up his fifth yellow card of the season against Bayern.

Frankfurt to consolidate their top-four credentials?

Eintracht can open up an eight-point gap between them and fifth-placed Bayer Leverkusen before the rest of the league’s action. Hutter’s side scored two or more goals in each of their last eleven games, and Bremen’s defensive record doesn’t bode well to prevent the trend.