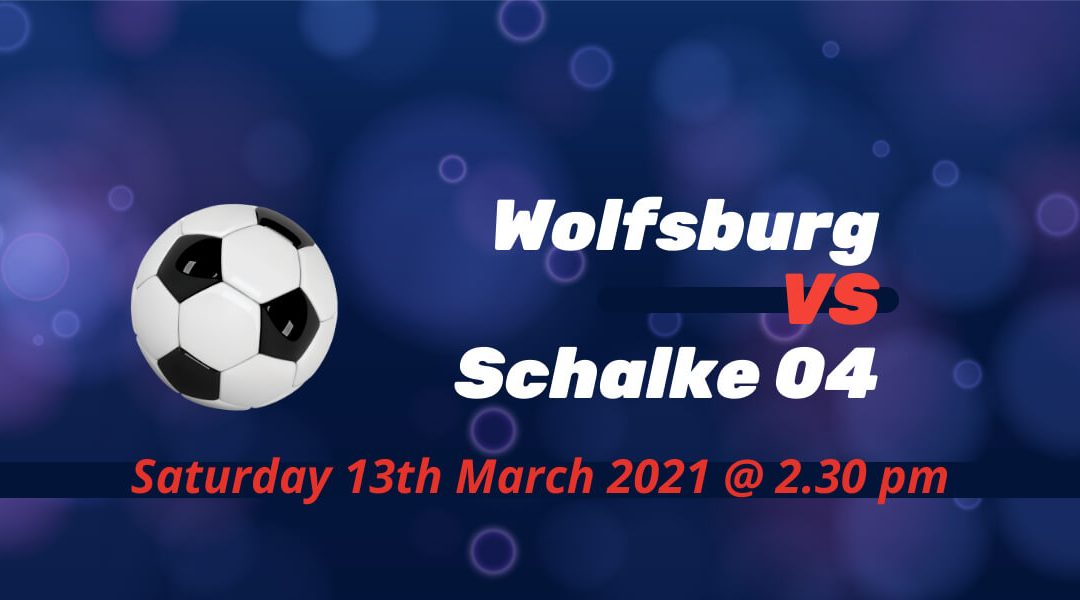 After starting his tenure at Schalke with a draw, Dimitrios Grammozis face the defensively astute Wolfsburg on Saturday. Wolfsburg’s seven consecutive clean sheets in Bundesliga ended with Oliver Glasner’s side lost in the cup to RB Leipzig and Hoffenheim in the league. Schalke remain at the bottom of the standings, but they finally reach double digits for points after 24 rounds of fixtures.

Back-to-back defeats for Wolfsburg after a superb run

Maxence Lacroix and John Anthony Brooks’ partnership resulted in seven times on the bounce that Wolfsburg kept teams shut out, with Koen Casteels also performing admirably. Except for a goalless draw against Borussia Monchengladbach, Wolfsburg managed to win all games.
The DFB Pokal quarterfinal against RB Leipzig promised much as the two sides had an entertaining 2-2 draw earlier this calendar year. However, Leipzig came out victorious on this one, as Wolfsburg aimed to return to the cup final after their 2015 triumph.

Wolfsburg conceded a Bundesliga goal for the first time since the draw against Leipzig in mid-January when Hoffenheim beat the Champions League hopefuls 2-1. Wout Weghorst scored his twentieth goal of the season in all competitions. Still, Hoffenheim’s attacking prowess found ways to take all three points against a team that only lost to Bayern and Borussia Dortmund in the league before last week.

The match kicks off at 14:30 on Saturday 13th March 2021 and will be streaming live on William Hill.

Schalke yet to give up in their survival quest

Grammozis is the fifth Schalke coach this season, but only one of the previous four tasted victory. Christian Gross had a sensational 4-0 win against Hoffenheim in only his second game at tenure. Still, things didn’t go according to the plan after that.

The boiling point was the 5-1 defeat at Stuttgart, with Schalke sacking the entire management, including the coach, after the match. Grammozis’s debut was at home against Mainz, where the game ended goalless with little chance at either end.

Schalke only have 10 points after 24 matches, but they can still dream of survival mathematically. But the main idea behind the new hirings is that the team would be in better shape to return to Bundesliga as soon as possible. Grammozis has a solid record in his time at Darmstadt coaching in Bundesliga 2.

Schalke are in turmoil, but they put on a decent performance in the final match of 2020 as Weghorst’s solitary strike made the difference between the sides in the Pokal round of 16. However, Wolfsburg easily took three points in the reverse fixture, with the flying Dutchman and Xaver Schlager scoring inside the first 25 minutes.

Paulo Otavio is suspended for four games after his outrageous tackle on Ounas Dabbur in the final stages of last week’s defeat at Hoffenheim. Renato Steffen is still injured as the versatile Swiss international is sidelined with an ankle injury.

Ralf Fahrmann is still out after he clashed with onrushing Erling Haaland in the derby defeat. The new coach is confident in the backup goalie Frederick Ronnow, however. Experienced defenders Matija Nastastic and Salif Sane also can’t help their team at this difficult time due to injuries.

There are also more injury concerns for Schalke as Mark Uth and Nassim Boujellab are doubts, in addition to those who would miss for longer spells.

A comfortable fixture for Wolfsburg?

Glasner would hope to win and keep a clean sheet once again after the last two disappointments. There is currently no better opponent than Schalke, who are not overly confident after only winning a single game in over a year.