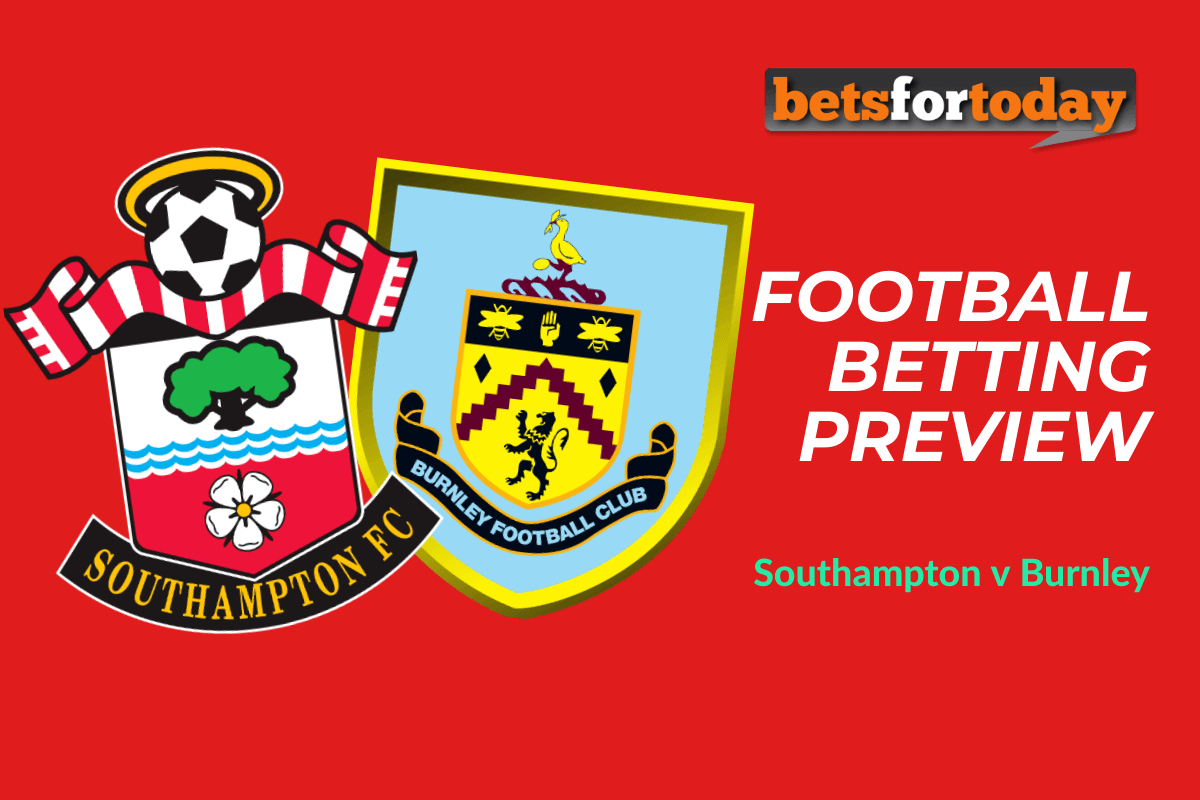 Fingers crossed our betting tips preview today will turn out to be as good as the Wolves v Leicester prediction, last Saturday's football tips or indeed Monday's racing tips. It's been a nice little spell on the blog and finding sports tips for Saturday is always good fun.

After shocking starts to the Premier League season for both sides, they have both rallied of late with some notable victories. A win for Southampton could see them move into the top half of the table, incredible for a team destroyed by Leicester early on. In fact, a draw in this match would see Burnley move to 10th and Southampton nestle in behind them in 11th place.

Both teams start the day on 31 points, knowing that 3 more victories will get them to the magical 40 point mark. In fact, 37 points would have been enough to avoid relegation in the past 8 seasons, so 2 more victories should do it.

Changeable, indifferent, inconsistent are words that spring to my mind when referring to these sides. In January, Burnley beat Leicester at home, won away at Man United, then lost at home to Norwich in the next match. Hard to predict? Absolutely!

Southampton's form reads pretty similar. Won away at Leicester, lost at home to Wolves, won at Palace, drew against Tottenham. So the outcome of this match is by no means a clear cut one.

Southampton are able to call upon a fully-fit squad, and new loan signing Kyle Walker-Peters is in line to make his debut. James Ward-Prowse is due to play even though he was stretchered off during the defeat at Tottenham.

Charlie Taylor and Matt Lowton could be missing for Burnley with the defenders due to undergo late fitness tests. Ashley Barnes and Gudmundsson are injured but Josh Brownhill could be in line to make his debut.

A difficult one to call but I think Southampton just about have the edge in this one, especially with Danny Ings in line to play against a weakened Burnley defence. I can't see this being a walkover though as Burnley remain a tough side to beat, which is reflected in my selections below.