Who will claim the Championship Second Place? 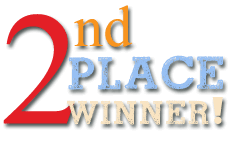 With Wolves having virtually sealed promotion from the Championship back to the Premier League, we take a look at who else could be joining them in the Premier League next season. There are 3 teams with a realistic chance of claiming second spot, Cardiff City, Fulham and Aston Villa, all 3 having tasted Premier league action previously.

Cardiff City currently hold on to second spot, having 80 points from 40 matches. Current odds on them to secure the second spot are short, with the best price currently 4/11 at William Hill. However they have suffered a slight dip in form in the past two games, having drawn against Sheffield United, and then lost against Wolves (despite being awarded 2 penalties in extra time!) Cardiff also have to travel to Derby, who are hoping to claim a playoff place themselves.

An advantage to Cardiff is that they have a game in hand over both of their rivals, having only played 40 games at this stage.  As well as the trip to Pride Park, Cardiff travel to Villa Park tonight to play one of their rivals for the second automatic spot, Aston Villa. The bookmakers currently have Villa as slight outsiders for automatic promotion, with the best odds being 11/4 with Betway. Villa currently occupy 4th place, with 73 points. Current odds for tonight’s game have Villa as favourites, with William Hill currently having them at 13/10. Villa’s form has been called into question though, and the fans were visibly disappointed with the 3-1 loss to Norwich at the weekend.

The final team in the running for the automatic promotion are Fulham, who sit in 3rd with 78 points, having played 41 games. Betway & Bet Victor have the best odds of 8/13. They also have arguably the easiest run in of the 3 sides, the hardest game likely to be an away trip to Millwall, who are chasing one of the playoff places.
Fulham have the chance to move into 2nd place tonight, of Cardiff lose to Villa tonight, and Fulham beat Reading, but Cardiff still hold the key with the rearranged game against Derby still to play.

Oddschecker have the latest odds on the promotion to the Premier League here.

Thanks to Jason for this article, who recently wrote an excellent article about Mo Salah & the Golden Boot

Leave a reply Click here to cancel the reply

We're not around right now. But you can send us an email and we'll get back to you, asap.

Sign Up To Receive Free Horse & Football Tips Every Day