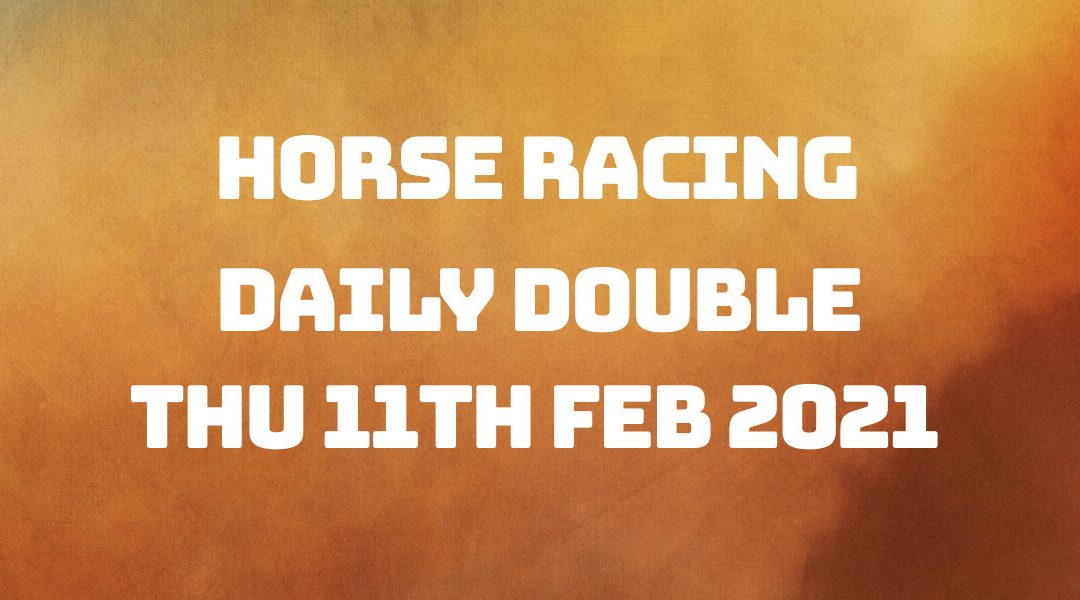 Yesterday our first selection Declaring Love ran in the 7.15 pm race at Wolverhampton and managed to win nicely for us by five and a half lengths at odds of 5/6 SP at the bookies.

He tracked the leader and was sent reminders of his task in hand, went clear inside the final furlong and won comfortably for us in the end.

Our second selection Eldelbar ran in the 7.45 pm race at Wolverhampton and managed to finish fourth from eleven runners, just out of the placing, at odds of 15/8 SP at the bookies.

He started off running midfield before making some sort of heading at the home turn; he was undoubtedly trying but not reaching the leading pack's pace. Our double's dry run continues. I know for sure that once the weather starts improving and we see some turf racing, we'll see some coming in. I've seen it many times over the years, and it always comes back into profit.

Today's first selection is Elusive Belle and runs in the 3.10 pm race at Kempton.

The going at Kempton is standard-to-slow over their all-weather Polytrack course in this class four race. This is a National Hunt Flat race over a distance of two miles. Thirteen runners head to post, and the age criteria is for four-year-olds and upwards. The youngest is a four-year-old and the eldest and eight-year-old.

The only real threat could be Tomorrow Mystery, with three wins and one placing to his name over his last four races. However he has undergone wind surgery since then, so it's unsure how he'll run after that operation. Elusive Belle has generally run at far higher class races, so this drop in class should suit him well. We have seven tips to our name, with Tomorrow Mystery on five and Vienna Court and Valse Au Taillons on just the one.

Nicky Henderson is our trainer today, with a recent run to form record of forty-five per cent. He's had four winners from his last thirty-one selections, with a further ten placings to add to that tally. So in relatively good form still.

Nico De Boinville is our jockey for today and has won four of his last twenty-four rides, with a further seven placings to add to that. Nico looks to ride for Nicky almost exclusively, so the two are most certainly an excellent partnership to back.

Elusive Belle last ran forty-six days ago and has a distance win under his belt. His last race resulted in a third placing in a class one race at Kempton and just wasn't up to speed with the two leading competitors in that race. Before that race, he won very nicely by four lengths at Newbury, and before that a fifth-place in a class one event at Bangor. So the lower classes look to be where he does best.

Today's second selection is Calva D'Auge and runs in the 4.45 pm race at Kempton.

As revealed above the ground at Kempton is classed as standard to slow, and must be absolutely freezing for the jockeys. I don't envy them one bit riding in this weather. The race is a class four National Hunt Flat race, over a distance of two miles. Thirteen runners are headed for post. The age criteria is four-year-olds and upwards, with the youngest being a five-year-old, the eldest an eleven-year-old.

Calva D'Auge has some excellent recent form heading into this race but could be threatened by Before Midnight or Flashing Glance who both look like decent competitors. However, our selection looks like a class act having dropped in class to compete today. He has eight tips next to his name, two for Sternrubin and Le Ligerien and one for Before Midnight.

Paul Nicholls is our trainer for this second selection of our double, with a recent run to form figure of forty-eight per cent. He's impressively sent out no less than nine winners from his last twenty-nine entries over the previous two weeks, with five more to add to that tally. He's most certainly currently in form.

Harry Cobden is our jockey for today and has won seven of his last twenty-two rides over the previous fortnight with four more placings to add. Also a good form record, and not surprisingly most of those wins were when riding for Paul. These two look very formidable at the moment and definitely will run well today if nothing else.

Calva D'Auge last ran forty-four days ago and has a distance win to his name. His last two races both resulted in victories at Newbury and Taunton, both in higher classes than today's race. Looking back over his form Harry has ridden him four times in the past, with three of these resulting in a win. This certainly looks like it'll be a good race to watch..