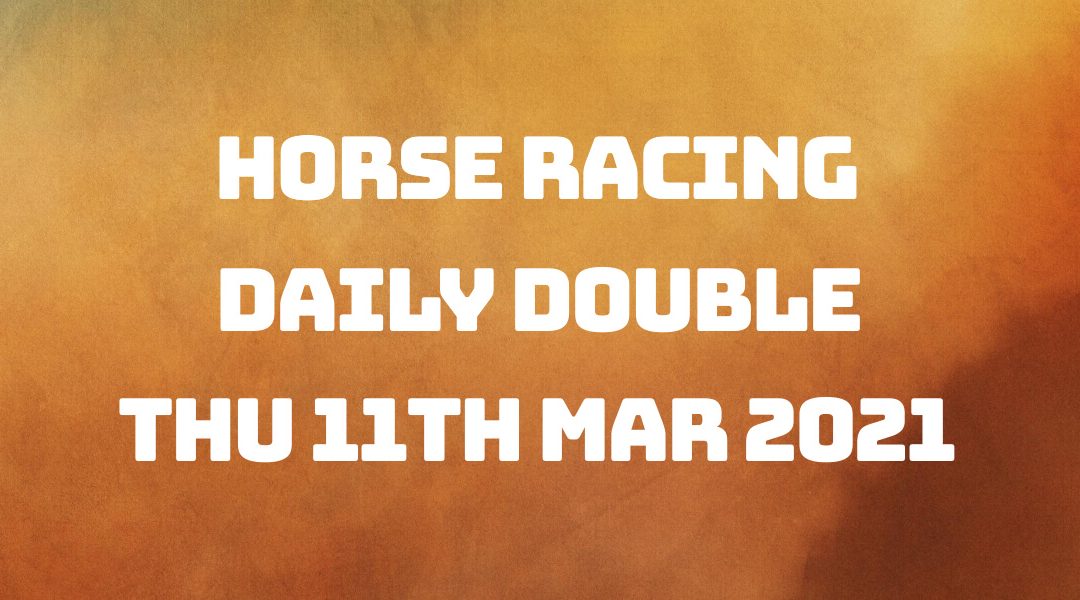 Yesterday our first selection Ladywood ran in the 1.15 pm race at Lingfield and won by one and a quarter lengths, at odds of 2/1 SP at the bookies.

He tracked the leaders but didn't look to have a clear run, so he switched right with two left to run. Soon joined the leader and shaken up with one left to travel before edging ahead to take the win at the post.

Our second selection Khatm ran in the 6.45 pm race at Kempton and won by three and a quarter lengths, at odds of 8/15 SP at the bookies. Shorter than the morning price.

Khatm was in touch with the leaders early on before nudging along with two left to travel. With one left to go, he pushed along and led for the remainder of the race to win the race comfortably. A strong horse, this one.

So our double managed to win yesterday, with odds of 4.6, giving us a profit of £36.00 to £10 level stakes. We don't need too many wins to profit due to the higher odds, but it's not always an easy task. Over the coming months, we'll generally turn a profit.

Today's first selection is once again Khatm, who runs in the 4.40 pm race at Southwell.

The going is classed as standard today at Southwell's Fibresand all-weather course. The race is a class five Handicap over a distance of one mile. Nine runners are headed to post, and the age criteria are for four-year-olds and upwards. The youngest is a four-year-old, the eldest a seven-year-old.

Khatm won for us yesterday, and this very swift return to the track is a good move from his trainer, George Boughey. Whether he is fit enough for today's race is the big question, but as the race is over a mile rather than a distance race, I can't see it being a problem. Motawaafeq may cause us some issues as, like Khatm, tends to like racing here at Southwell. Motawaafeq has proven course and distance credentials to his name. Khatm does look the stronger of the two, though, I must say.

Khatm has ten tips to his name, with two apiece for Love Your Work and Wrath Of Hector.

George Boughey has a recent run to form figure of sixty-seven per cent. He has impressively won eight of his last eighteen races, with an additional five placings to add to that total. The man is on fire lately and likely to do well once again here today.

Mark Crehan is saddling up for us and won eight of his last sixteen races over the previous fortnight. He's also landed a place in four of these and looking to be in fine form. He's ridden for George many times previously and has had two winners here at Southwell in the last two weeks, so he knows the drill and what is expected of him today.

Today's second selection is Arafi and runs in the 7.00 pm race at Newcastle.

The going is classed as standard to slow here today over Newcastle's Tapeta all-weather course. The race is a class three Fillies' Handicap, running over a distance of one mile. Just five runners are competing, and the age criteria is for four-year-olds and upwards, with the youngest being a four-year-old, the eldest a seven-year-old.

Tornado Queen could be the one to keep an eye on in this race, as she's run close in her last two attempts, placing in four of her previous five races. However, Arafi will be looking to make it four wins in a row today and looked very strong when winning at Wolverhampton last time out. I think we stand an excellent chance today.

Arafi has six tips to her name, four for Tornado Queen, two for Angel Of The Glen and one each for Dandys Gold and Made In Italy. So all horses have been tipped by at least one tipster by the looks of it.

Richard Hannon is our trainer for today and has a recent run to form figure of sixty-five per cent. He's had three winners from his last seventeen runners over the last fourteen days, with placings in two of these over the same period.

Sean Levey is on board today and has won five of his last twenty races in the previous two weeks, managing to land places in an additional one race. So in relatively good form lately. He has ridden for Richard recently, in two races over the last fortnight, with one being a win. So these two are very capable of producing a win when needed.