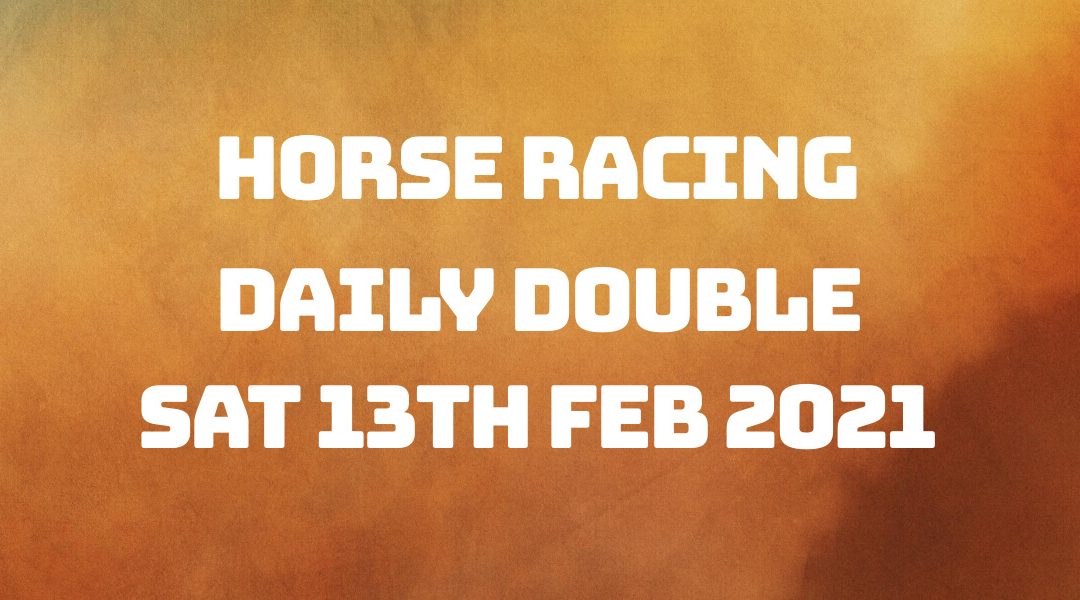 Yesterday our first selection Jack Of Trades ran in the 1.15 pm race at Southwell. He only managed to finish fourth from six at odds of 3/1 SP at the bookies.

He pressed the leaders with three furlongs left to run, but was outpaced with two to go and made no impression, losing by a total of just over nine lengths. Just not his day yesterday.

Our second selection Blackcurrent ran in the 3.15 pm race at Southwell and managed to finish just out of the placings in third position from seven runners at odds of 6/4 SP at the bookmakers.

He led up the centre and ran relatively well, but then hung left and lost his placing finishing just shy of two lengths back in third. So our drought continues for our doubles. I am confident that once the weather warms up next week, and we see more quality racing coming our way, results will improve.

Today's first selection is Crackling and runs in the 2.35 pm race at Lingfield.

The going at Lingfield over their Polytrack all-weather course is classed as standard to slow. The race is a class four Handicap, ran over a distance of one mile. Six runners are competing, and the age criteria is for four-year-olds and upwards. The youngest in the race is a five-year-old, the eldest an eight-year-old.

Several competitors look capable of causing an upset, but the one that stands out the most to me is Accomplice with two wins from his last three races, along with a dual course and distance win. However, at odds of 15/2, I can't see him posing too much of a threat as I'm sure his odds would be less than they are.

Martyn Meade is our trainer for today with no visible form record strangely on the Racing Post website. Not quite sure why that is, to be honest.

Ryan Moore is our jockey today and has won two out of four of his last four rides within the last fortnight, with a placing to add to that tally. All of these have been at Lingfield, so he certainly knows the course well.

Crackling last ran sixteen days ago, so should be fit and ready for this challenge today here at Lingfield. In his last race, he was beaten by a head at Southwell over the same distance as today's race. Previous to that a fourth, then before that a large extended break of just shy of two years. So a relatively unexposed horse as it stands, but looks like he has some good potential for sure.

Today's second selection is Liverpool Knight and runs in the 6.45 pm race at Wolverhampton.

The going at Wolverhampton today is classed as standard over this Tapeta all-weather course. The race is a class five Novice Stakes race run over one mile and four furlongs. Seven horses are headed for post, with the age criteria being for three-year-olds only.

The form is limited for this race, with one making their debut. Only Liverpool Knight and He's A Dream have any real form, and that's only from two recent races each. The tipsters fancy Shenu and his odds are relatively low, but I'm not sure why. I'm sticking with Liverpool Knight who looks to be just that bit better than the rest.

John Gosden is the trainer for us today, with a recent run to form figure of eighty per cent. He's won two of his last races from six entries over the previous fourteen days and managed a place in one additional race.

Robert Havlin is the jockey on board for us and has won two of his last ten races over the last couple of weeks, and placed in a further two. His previous two races for John resulted in third place results, so John will be eager to push harder today and land the win on Liverpool Knight.

He last ran twenty-two days ago and is wearing blinkers for the first time. His last race resulted in a fifth place finishing with Hollie Doyle on board, then a sixth place finishing before that. He ran well in the running, although he did start more slowly than Robert would have liked. However, in this weaker race, he should run well, I'm sure.

Double odds of 3.54 can be secured over at BetVictor. 4/7 for Crackling (which seems to have shortened quite rapidly this morning) and 5/4 for Liverpool Knight.

Finally, as always have a great day and weekend, and let's hope our selections win for us today. James.