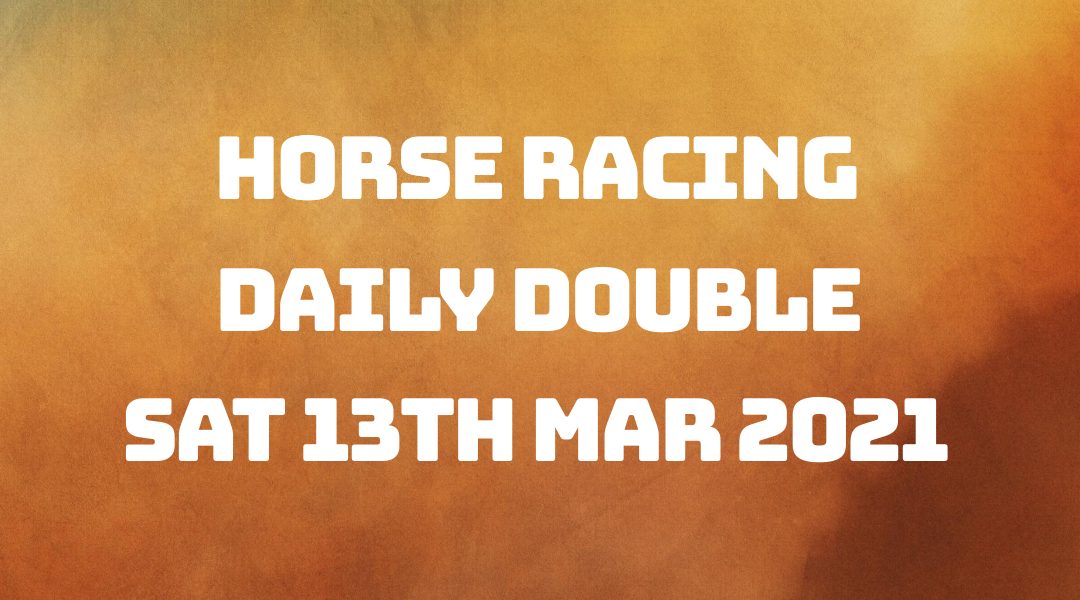 Yesterday our first selection Monsarez ran in the 12.30 pm race at Lingfield and won by three-quarters of a length, at odds of 11/4 SP at the bookies.

He didn't have the best of start and dwindled in last position at first, then with three left to tun started to make some ground up. He ran on well in the final furlong and led over the last few yards.

He tracked the leaders before being bumped at the second, but then soon pushed along but wasn't fluent at the fourth. By the eighth, he'd lost touch and began to tail off before pulling up with three left to run. The jockey reported that he kept hanging left. Still, the vet after the race confirmed no abnormalities were found, so it's a mystery as to precisely what went wrong.

No luck for our double yesterday, with just the first selection managing to win for us.

Today's first selection is Hooper and runs in the 2.17 pm race at Hereford.

The going is classed as soft at Hereford today over their jumps course. The race is a class four Novices' Hurdle, being run over two miles, three and a half furlongs. Fourteen runners are headed to post, and the age criteria are for four-year-olds and over. The youngest is a five-year-old, the eldest a seven-year-old.

Unohu looks to be the one that may cause an upset, with him running into a place over his last five races. However, Hooper seems very strong for Nicky Henderson and has run more recently than Unohu. The others in the race look relatively lightly raced or have form that doesn't exactly stand out. So I do think in the closing stages, it will be these two that fight it out.

Hooper has ten tips to his name and two each for Unohu and Aki Bomaye.

Nicky Henderson has a recent run to form figure of forty-six per cent and has won six of his last races during the previous two weeks from twenty-eight entries. He's landed an additional six place positions.

Aidan Coleman is the jockey on board for us, with five wins from his last thirteen races over the previous fourteen days. On top of that, he's had five rides where he managed a place, so looking very much in form lately. He's only ridden for Nicky once in the last two weeks, which resulted in a win.

Today's second selection is Strike Hollow and runs in the 4.37 pm race at Hereford.

As we've already discovered, the going here at Hereford today is classed as soft. The race is a class three Handicap Hurdle, run over a distance of two miles. Five runners are competing, and the age criteria are for four-year-olds and upwards. The youngest is a five-year-old, the eldest a ten-year-old.

Maskada looks to be the obvious threat to our chances today, with good recent form and a course and distance win to boot. However, Strike Hollow seems good for it, being well handicapped in this race today, which will help us nicely.

Strike Hollow has eight tips to his name, five for Maskada and just the one for Sacre Coeur. I do think the two most tipped will be the ones competing at the very end for sure.

Venetia Williams is our trainer for this second leg of our double, with a recent run to form figure of sixty-three per cent. She's sent out seven winners from her last nineteen races over the previous fortnight, with an additional six placings to add to that tally. She is looking very formidable at the moment.

Richard Patrick is the jockey saddling up for us, with just the one win over his last seventeen races over the previous fourteen days. He has also ridden three horses which managed to place over the same two week period. He doesn't appear to have ridden for Venetia lately, but that shouldn't pose too much of a problem, I think.

Strike Hollow last ran sixteen days ago. He finished fourth in a class four, two miles three and a half furlongs race when running at Chepstow in his last race. In that race, he certainly had speed but couldn't quite direct it in the right direction to land the win. The race before that, he fell at the first after taking the lead. Then before that landed a place in second position when running in a class four two-mile race at Lingfield. So he should run well if he can direct that raw power he has, barring no mistakes. I'm sure Venetia will know how to help him.