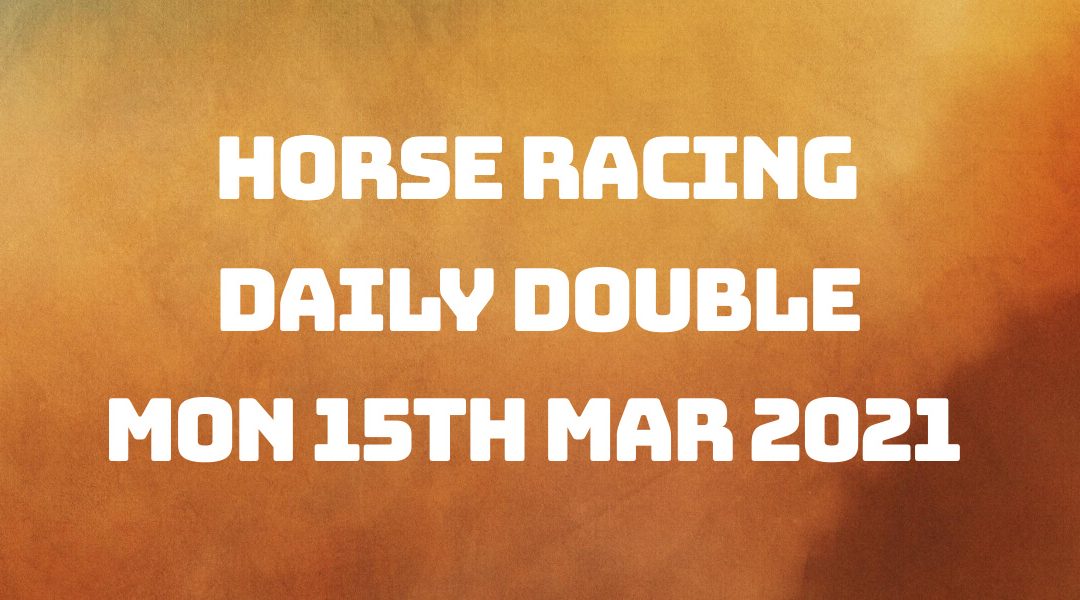 On Saturday, our first selection Hooper ran in the 2.17 pm race at Hereford and won easily by twenty-six lengths, at odds of 5/6 SP at the bookies.

He was in touch with the leaders, then chased the leader with two left to travel. However, he then made a very decent run, managing to win extremely comfortably for us. Only four finished from the fourteen that started the race, with many being pulled and a few either falling, unseating the rider or running out. Rather a strange race, I must admit, however, a brilliant win nonetheless.

Our second selection Strike Hollow ran in the 4.37 pm race at Hereford and finished in third position from four runners, at odds of 13/8 SP at the bookies.

He raced in second place to start, then led after the second furlong. Soon dropped to the back of the pack, though, for some reason and quickly weakened. All was going well, but something didn't look right with him during the race. So no luck on the double for us on Saturday, unfortunately.

Last week we had two winning doubles win for us, one at 4.32 and the other at 4.6, which made us a profit to starting prices of 2.92 points. All twelve horses ran, of which seven won.

Today's first selection is Powerstown Park and runs in the 4.25 pm race at Plumpton.

The going is classed as good to soft over Plumpton's national hunt course today. The race is a class five Handicap Hurdle, running over a distance of two miles exactly. Thirteen runners head to post, and the age criteria are for four-year-olds and upwards. The youngest being a five-year-old, the eldest an eleven-year-old.

Powerstown Park looks to stand out from the rest of the competition for sure today. Still, Good Bye may be able to throw a spanner in the works if he can overcome his last races poor results. His second and third race back were both good runs, one with a win, the other with a close second-place finish. However, at 16/1, the bookies don't seem to think he'll have much chance, but still worth keeping an eye on.

Powerstown Park has eleven tips to his name and one apiece for Ballydoyle and Time For Champers.

Sam Thomas is our trainer for this first leg of our double, with a recent run to form figure of seventy per cent. Over the last weeks, Sam has had winners in three of his last ten races, with placings in a further five. So generally, his horses do tend to at least make the place, if not win.

Kevin Brogan is our jockey on board and won just the one race from his last nineteen races over the previous fortnight. He's had placings in five of these over the same period. He's run twice for Sam over the last couple of weeks, but neither produced a win. I'm sure they'll both be hungry for the win today.

Powerstown Park last ran just six days ago and has a distance win to his name. In his last race, he won by an impressive ten lengths when running in a class five event at Exeter that was over two miles one furlong. Before that, he finished in the third position from eight, running in a class five race at Lingfield over two miles. This was after a break of just over five hundred days. So he looks to be running well after such a long time away from the track.

Today's second selection is Starczewski and runs in the 6.50 pm race at Wolverhampton.

The going is classed at Standard today over Wolverhampton's all-weather Tapeta course. The race is a class four Handicap, running over one mile and six furlongs. Five runners head to post, and the age criteria is for four-year-olds and upwards—the youngest being a four-year-old, the eldest a nine-year-old.

Mukha Magic may be the one who causes our selection some problems; he always looks to be up there with the leaders and will want to prove that he can win as well as he did at Southwell last month by six lengths plus. However, Starczewski is used to running in this class of race and looks well handicapped.

Starczewski has seven tips to his name, four for Margaret Dumont and one for Mukha Magic and Alfredo.

David Simcock is our trainer for this second leg of our double, with a recent run to form figure of sixty-nine per cent. Over the last fourteen days, he's sent out three winners from sixteen races, with an additional four securing a place for him.

Jamie Spencer is saddling up for us and, in the last two weeks, has won one and placed in one from four races. These have been when racing for David, so they look to have a solid trainer/jockey partnership in place. Jamie was on board Starczewski when he won last time out too, which bodes well.

Powerstown Park is currently available at 8/11, and Starczewski at 2/1 with BetVictor.
So double odds work out at 5.18 as it stands. Good luck, everyone.