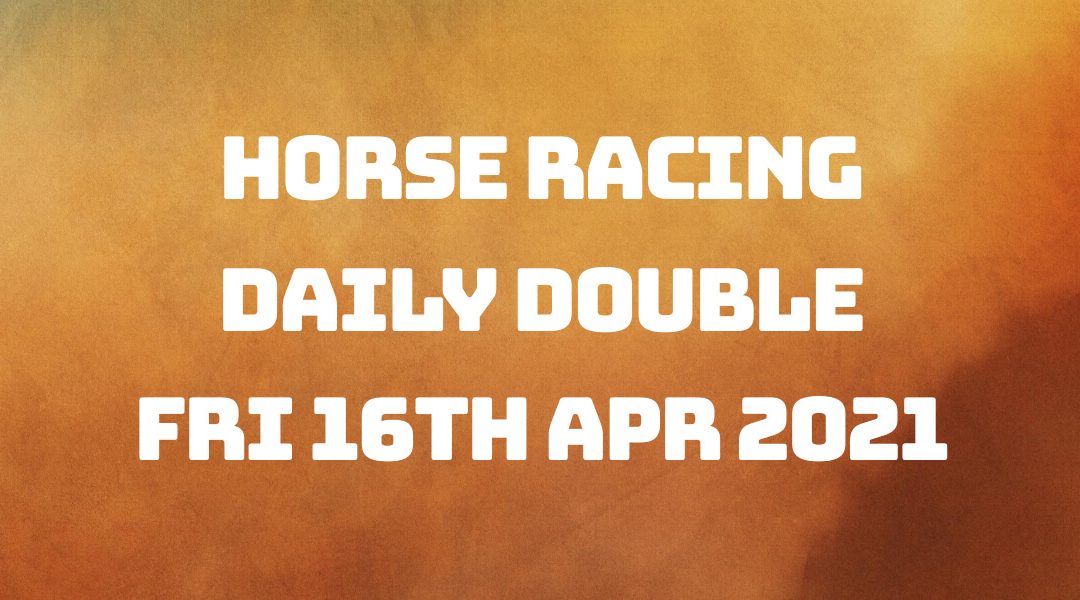 Yesterday our first selection, Master Of The Seas, ran in the 3.35 pm race at Newmarket and won by three-quarters of a length, at odds of 11/4 SP at the bookies.

He took a keen hold and was prominent from the get-go. Switched left and a little short of room four furlongs out. However, he made good headway and soon took the lead. It was a relatively close finish, but he managed to stay on to land our first selection of our double. Decent odds too.

Our second selection Daramethos ran in the 4.10 pm race at Newmarket, finishing fourth from six runners, at odds of 3/1 SP at the bookies.

He started off being held up behind the leading pack, then pushed along with three furlongs left to run. However, he didn't make an impression and couldn't get into the thick of it at the front of the field. So, unfortunately, a loss for our double today.

Today's first selection is Second Subaltern and runs in the 4.45 pm race at Fontwell.

The going is classed as good to firm at Fontwell today, over their flat course. The race is a class five National Hunt Flat race, running over one mile, five and a half furlongs. Eight runners are headed to post, and the age criteria are for four to six-year-olds only.

This race looks like a rather weak affair, but I Hope Star may be the one who could cause us some trouble, but his best form was back in 2020. Second Subaltern starts racing for Thomas Gallagher today after being previously trained by S Curling, so he will be looking to make an impression. The favour goes to him today.

Second Subaltern has five tips to his name, Independence has four, I Hope Star has two, and one each for Barrowmount and Cobbs Corner.

Thomas Gallagher has only had three races within the last two weeks, of which all three failed to result in a win or place. So will undoubtedly want to be rectifying that today.

Mr John Reddington is our jockey for this first selection of our double, who has only raced twice recently, with both resulting in unplaced results. That same goes for John, too; he'll be out to make his mark here at Fontwell.

Second Subaltern last ran two hundred and eighty-nine days ago. He finished second by two and three-quarters of a length in his last race, running in a National Hunt Flat race over in Ireland, at Tipperary, over two miles. Before then, he took a two hundred and fifty-eight-day break. Then on his debut race beforehand finished in the fifth position from ten runners in a class four race at Aintree, over two miles and one furlong. Looks the best out of a poor bunch of runners, but confident he'll be able to do the business today.

Today's second selection is Blue Collar Lad and runs in the 5.10 pm race at Bath.

The going is classed as good to firm here today at Bath over their flat turf course. The race is a class five Novice Stakes, running over a distance of five furlongs. Nine runners are competing, and the age criteria are for two-year-olds only.

Many of these are making debuts for their yards today or have been lightly raced, so it's a little difficult to judge. Black Hill Storm may be the one to keep a close eye on; despite not recording a win or place as of yet, it certainly ran well at Southwell last time out. Blue Collar Lad looks like he can easily win, though, as he won here on his debut race over the same distance just ten days ago.

Blue Collar Lad has five tips to his name, two apiece for Hollow Steel, Symphony Perfect and Vaunted. With Mercurial picking up just the one tip.

Robyn Brisland is our trainer for this second leg of our double, who has a thirty-one per cent recent run to form record. Over the last fortnight, he's sent out one winner from thirteen races but no further horses who placed.

Angus Villiers is our jockey for us today, who has won three of his last fourteen races during the previous fourteen days. He's also steered home one of these into a placing position over the same period. He's not ridden for Robyn lately but should do well today on board our selection.

Blue Collar Lad last ran ten days ago and is a dual course and distance winner. In his last race, he won by a shoulder, running in a class six race here at Bath, over a distance of five furlongs. The ground that day was good to firm too, so this should be a case of a re-run of that race today.