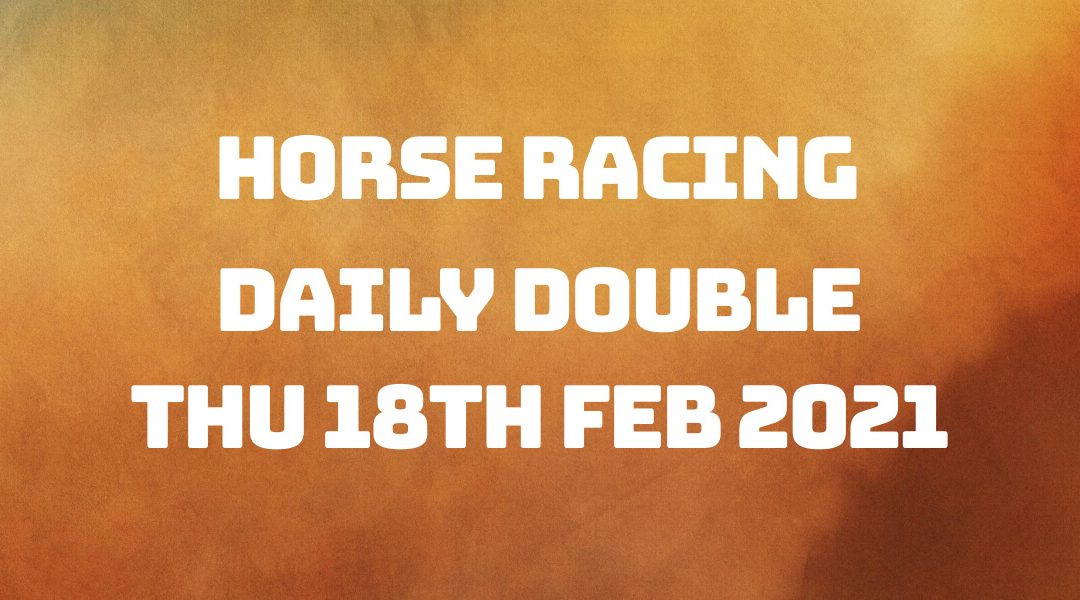 Yesterday our first selection Album ran in the 3.20 pm race at Wolverhampton and managed to finish in second place from nine runners at odds of 2/1 SP at the bookies.

He ran a good race and led easily before pushing along with two left to go. However, Sir Oliver got the better of him, beating him by one and a quarter lengths. So no luck for the double yesterday.

Our second selection Dylan's Lad ran in the 4.20 pm race at Wolverhampton and finished fourth from ten runners at odds of 11/8 SP at the bookies.

He disputed the lead before pushing along with two left to run, led with one left but unfortunately weakened before the winning post arrived. Close, but not close enough.

Today's first selection is Numitor and runs in the 1.55 pm race at Sandown.

The going at Sandown down is classed as Heavy over this turf jumps race. The race is a class three Handicap Chase over one mile and seven and a half furlongs. Seven horses are headed to post, and the age criteria is for five-year-olds and upwards—the runners age between six- and eight years old.

Numitor is undoubtedly the form horse of this race, winning his last two races in style by sizeable distances. However, looking at the other horses in this race, I'd pick Enzo D'Airy as the one to watch. With placings in each of his last five races, he is very much a front runner and could be strong competition for our selection on the run for home. Numitor has six tips to his name, two for Early Du Lemo, Belargus and Grey Diamond. One for Enzo D'Airy, and Enrichissant.

Heather Main is our trainer for the first race of our double, with a recent run to form figure of forty per cent. She's had two wins from her last five entries and three unplaced within the previous fourteen days. Interestingly both these wins have come when the same jockey as we have today is on board.

Tom Scudamore is that jockey and has won five of his last thirteen rides during the previous two weeks with no placings to add to that total. David Pipe is Tom's regular employer, but I can see that when Heather and Tom team up, they tend to win more often than not. So will be a good test today to see if they can keep up their winning partnership.

Numitor last ran fourteen days ago and has already proven he can win over the distance. He won his last race with Tom on board, winning at the same distance and on the same Heavy going; this is always a plus as this type of ground doesn't suit every horse. The race was won by six lengths. Previous to that race, Tom steered him to another win at Ffos Las by twelve lengths over soft ground. A good selection this, from a smaller yard.

Today's second selection is Little River Bay and runs in the 2.30 pm race at Sandown.

As we've already discovered, the going at Sandown is classed as Heavy, which isn't always ideal for some horses and can prove taxing. The race is a class one, grade two Novices' Hurdle, over two miles and four furlongs. Eight runners head to post, and the age criteria is for four-year-olds and upwards. The youngest is a five-year-old, the eldest a nine-year-old.

There's some fierce competition in this race, as you'd expect from a class one race, with some top trainers and jockeys fighting for the prize. This will be an excellent race to watch if you can. Misty Whisky could be the one to watch out for, but any of these could be good on their day. With Richard Johnson on board and having won last time out on Little River Bay, he has to be my selection for today.

Little River Bay has four tips to his name, along with Little Mo. Three for Misty Whisky and Uptown Lady, and just the one for Anythingforlove and Belle De Manech.

Philip Hobbs is the trainer for this second selection in our double today, with a recent run to form figure of fifty per cent. He's won three of his last twenty-two entries and placed in a further six races.

Richard Johnson is our jockey and has won four of his last twenty-five mounts, with a further five placings to add into the mix. He rides for Philip Hobbs primarily, and the two have a good record when working together.

Little River Bay last ran twenty-nine days ago and has a distance win to his name. His last three races have all resulted in the win; two races with Richard in the saddle were won by two and a half and four and a half lengths, respectively. In his last race, he won by an impressive eight and a half lengths. This class will be a step up, but many of the other horses in the race are also stepping up in class, so shouldn't pose too much of a problem.

Currently, double odds can be secured at William Hill, amongst several others of 9.34.
9/4 for Numitor, and 13/8 for Little River Bay. Good luck everyone.