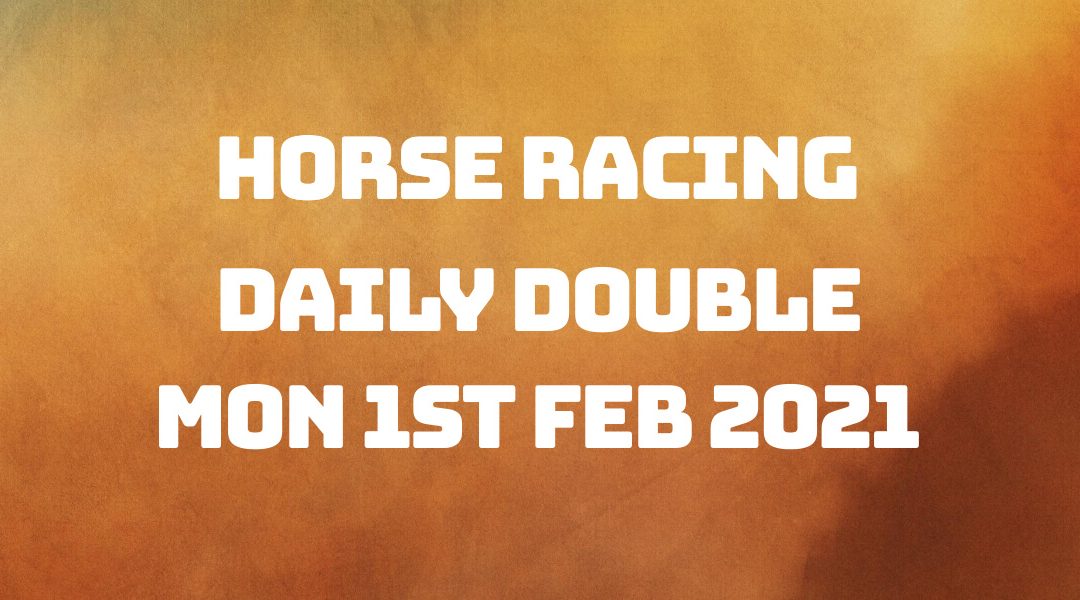 On Saturday our first selection Year of The Dragon ran in the 12.35 pm race at Lingfield and managed to finish placed in third position from twelve runners, at odds of 8/11 SP at the bookies.

He started off being held up in midfield, before edging slightly right and making some ground up. Kept on strongly towards the finish, but only managed to take a place in the end.

Our second selection Hint Of Stars ran in the 2.35 pm at Kempton and managed to win by one and three-quarters of a length, at odds of 6/4 SP at the bookies.

Hint Of Stars couldn't have really done much better than he did today, and pretty much made the race his own—terrific win for him.

Last week we landed no doubles but came very close a few times. We have seen three winners at odds of 3/1, 13/8 and 6/4 with four placed selections. On Monday both selections were non-runners, so overall a loss for the week of six points.

Since the 18th, we've come so close to landing the doubles, and when they do land, the odds are well worth it—plenty of placed and winning horses, just not both together on the same day. Let's see if we can successfully win a high priced double this month; I'm sure we will soon enough.

Today's first selection is Sometimes Always and runs in the 1.45 pm race at Lingfield.

The going here at Lingfield today is classed as standard to slow over this Polytrack all-weather course. The race is a class five National Hunt Flat race and is over a distance of two miles. There are eleven horses competing today, and the age criteria is for four-year-olds and upwards.

Deebaj and Dundrum Wood look to be the only two possible threats to Sometimes Always, but confident that they'll not trouble our selection too much in the running. We have seven tips next to our name, with three next to Deebaj, two for Eyes Right and just the one for Dundrum Wood.

Ian Williams is our trainer for this first selection of our double, with a recent run for form figure of forty-one per cent. Over the last fourteen days, he's sent out three winners from seventeen selections, with a further two of these managing to place.

Charlie Todd is the jockey on board, with one win from his last five rides at Ludlow back on the 21st January for Ian Williams, so the two look to work well together. Certainly, something we like to see.

Sometimes Always last ran thirty-four days ago, and has no current course or distance win to his name. This can soon change, though. His last two races have both resulted in wins, with none other than Charlie Todd on board. One won by a shoulder, the other an impressive six lengths. Before that race he finished second, and before that he took almost a year break where the rest looks to have done him a world of good.

Today's second selection is Bumble Beee and runs in the 4.40 pm race at Wolverhampton.

The going at Wolverhampton today is classed as standard over this Tapeta all-weather course. The race is a class six Claiming Stakes and ran over a distance of six furlongs. There are seven headed to post, and the age classification is for purely three-year-olds.

There's not much form within this race to go on from any of the other horses, with only Hotalena showing a recent win. Still, even that was five races ago for him. Bumble Beee has ten tips next to his name, with just the one for Munificent and Hotalena.

Ben Haslam is the trainer for us, with a recent run for form figure of decent sixty-seven per cent. He has two wins from his last nine selection's, and a further placing to add to that total over the last fourteen days.

Harrison Shaw is our jockey on board for Ben today, with one win from his last seven rides over the last fortnight and a further one placing to his name over the same two-week window. He has run for Ben before, which resulted in a fourth-place finishing within the last two weeks.

Bumble Beee has a solid course and distance win under his belt and is wearing blinkers for the first time. His last race resulted in a ninth-place finishing in a class five race over a five-furlong sprint. Previous to that he won at today's course by just shy of four lengths, over a distance of six furlongs; I think the extra furlong today should help his cause. Plus he does tend to do better on all-weather courses.

BoyleSports are currently offering 8/11 for our first selection, and evens for our second. So a double works out at odds of 3.45.

Finally, as always have a great day and let's hope our selections win for us today. Speak to you all on Monday. James