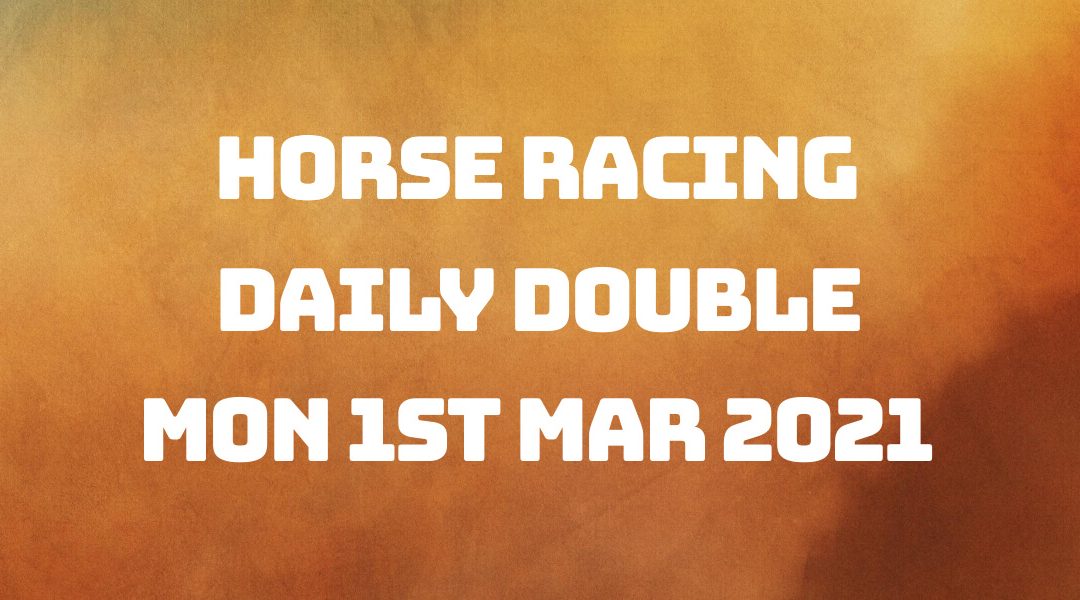 On Saturday, our first selection Tamaroc Du Mathan ran in the 1.50 pm race at Kempton and won by three and three-quarter lengths, at odds of evens at the bookies.

It started by tracking the leaders, then led easily with three furlongs left to run. Well clear with two to go and kept on well for the win for the first race of our double.

Our second selection Tamgho Borget ran in the 4.45 pm race at Kempton and failed miserably, finishing in the last position, at odds of 9/2 SP at the bookie.

He ran a very average race at the start, and then we saw signs of his struggle with four left to travel, then weakened drastically at the home turn. Not too sure what happened, but it just wasn't to be his day.

Today's first selection is Natural History and runs in the 1.30 pm race at Plumpton.

The going is good for this jumps meetings here at Plumpton today. The race is a class three Handicap Hurdle, running over a distance of two miles. Six runners are headed to post, and the age criteria is for four-year-olds and upwards. The youngest being a six-year-old, the eldest an eight-year-old.

Mystic Dreamer could be the potential threat, having won nicely for his owners three races back. Having said that, he hasn't continued that success over into his two most recent races. Natural History ran a close second two races back here at Plumpton, so he is fancied to do one better today.

Natural History has ten tips to his name, Crooks Peak two and one apiece for Vision Clear and Saggazza.

Gary Moore is our trainer for this first selection of our double today and has a recent run to form record of forty per cent. He's had winners in five of his last forty-two races and places in ten over the previous fortnight.

Jamie Moore is saddling up for us and has won two of his last twenty-two rides, managing to place in five of these over the previous two weeks. The Moores tend to stick together on their travels around the country, so the two make a good partnership.

Natural History last ran twenty-five days ago and is wearing blinkers for the first time today. In his last race, he finished in second place, albeit by twenty lengths. The going for that race was classed as heavy, though, so I think the ground was just not quite right for him. Previous to that race, he ran a close second on more favourable soft ground at Plumpton with Jamie on board. So it should be a better run today on this good going.

Today's second selection is Dorking Lad and runs in the 2.05 pm race at Plumpton.

This race on good going is a class four Maiden Hurdle, running over two miles. Eleven head to post, with the age criteria being for four-year-olds and upwards. The youngest is a four-year-old, the eldest a six-year-old.

Form is a little scarce for this race, several making their debuts. Dorking Lad has been knocking on the door for a win over his last three races, recording seconds on each attempt. In his most recent, he missed out by a short head. So due to breakthrough today in this relatively weak event. Loughan could pose a threat, especially as I can see that Dan Skelton is the trainer, but I think Dorking Lad will win well for us today and looks the strongest contender in the race.

Gary Moore is our trainer for this second leg of our double, with a twelve per cent win strike rate over the last fourteen days. Looks capable of improving on that today.

Jamie is on board once again, and we're looking to have him win both legs of our double. Jamie has ridden Dorking Lad in five of his last races from six, so the two should work well today.

Dorking Lad last ran eighteen days ago and is wearing blinkers for the first time. In his last race, he was second by a head at Kempton, ridden by Jamie. Before that, a second at Plumpton and a second by eight and a half lengths at Market Rasen. So in each race, he's been getting closer and closer.

The best odds currently are 5/6 for Natural History and 4/6 for Dorking Lad at Bet365. They were higher but they look to have shortened a little. Double odds add up to 3.06. Good luck, everyone.