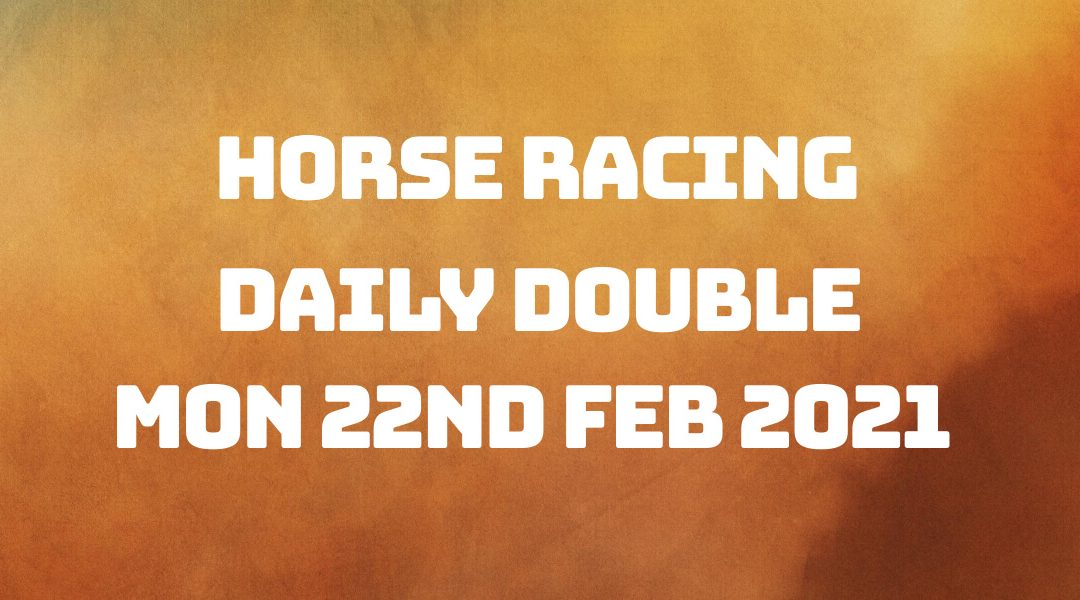 On Saturday, our first selection Shantou Flyer ran in the 4.33 pm race at Wincanton and finished second from six runners, at odds of 5/4 SP at the bookies.

He was held up towards the back of the pack to start with before pushing ahead into fourth position, then into second with three left to travel. But Golden Sovereign was not going to let our selection push him aside, and we ended up settling for the place by a couple of lengths.

Our second selection, Bob And Co, ran in the 5.00 pm race at Haydock and won very nicely for us by a whopping seventeen lengths, at odds of 11/8 SP at the bookies.

He joined the leader shortly after the tenth furlong and was leading by the twelfth. His lead was disputed at times soon after this, but by the time the race had just two furlongs left to run, he had the race all sewn up and went on to lead triumphantly at the post. Terrific win for us.

We didn't land the double on Saturday, but we're landing some great wins individually; we just need two together to bring in that bumper payday.

Last week we didn't manage to secure any winning doubles from the six given out. However, we did see three wins at 4/5, 2/1 and 11/8, along with three placings to add to that. I am hoping to improve on this now that the freezing weather has resided.

Today's first selection is Sending Love and runs in the 2.20 pm race at Southwell.

The going at Southwell is classed as soft over today's jumps meeting. The race is a class four Novices' Hurdle, running over two miles and four and a half furlongs. Nine runners are heading to post, and the age criteria is for four-year-olds and upwards. The youngest is a five-year-old, the eldest a nine-year-old.

This race doesn't look to have too many competitors to ruin Sending Love's chance of winning. Still, if I had to pick one, it would have to be Ballingers Corner for Nicky Henderson. He looks capable of causing an upset, but Sending Love is dropping by several classes today, so this should bode well for us.

Sending Love has seven tips, and Ballingers Corner just the two. Sir Sholokhov did pick up six but is now a non-runner, so having seen one of our competition eliminated may help us out today.

Paul Nicholls is our trainer for this first leg of our double and has a recent run to form figure of forty-one per cent. He's won eight of his last forty-four races and placed in a further nine during the previous two weeks—very much a trainer in form as of late.

Harry Cobden is our jockey on board, who has won six from his last thirty-six rides and placed in six of these. Paul uses Harry's services almost exclusively, and the two look very strong when paired up.

Sending Love last ran thirty-seven days ago and has won over this distance previously. In his last race at Warwick, he ran in a class one race over heavy ground and only managed a seventh-place finish. Harry reported that the horse ran too ‘freely'. Before that, he was last from three in a class one race at Sandown, on heavy ground again. He won at Ffos Las by nine lengths in a class four on soft ground before this race. Soft ground should suit him today, as well as running in a lower class race.

Today's second selection is Aronius and runs in the 4.20 pm race at Southwell.

The going at Southwell is classed as soft over their National Hunt jumps meeting. The race is a class five Handicap Hurdle, ran over a distance of two miles. Fifteen runners are competing, and the age criteria is for four-year-olds and upwards. The youngest is a four-year-old, the eldest a nine-year-old.

The recent form of pretty much all of these horses isn't too inspiring, with no recent wins in sight. It looks to be a somewhat open race, but possibly Jobesgreen Lad could upset the apple cart, but even then, it's hard to see how. It is going to be interesting to see how this one pans out.

Aronius has five tips to his name, four for Jobesgreen Lad, two for Yulong Magicreef, and one apiece for Penny Poet and Captain Jack. It looks like a wide-open race to me, but I do think Aronius will snatch it for us.

Dan Skelton is our trainer for today, with a recent run to form figure of forty-six per cent. He's landed fifteen wins from his last fifty entries, with places in twelve. Dan is undoubtedly going for gold lately and will want to add to this total today.

Harry is on board for Dan again, as he usually is, and has won fourteen of his last thirty-seven rides. He's additionally placed in seven of these. This trainer/jockey partnership is on fire lately.

Aronius last ran thirty-five days ago for Dan. In that last race, he finished in ninth position from thirteen selections. Previous to that, a second-place finish at Catterick and an eleventh-place finish at Uttoxeter. So form isn't exactly outstanding, but this is a weak race that he is running in today. With Dan and Harry's recent form, I'm confident of a good run for them today.