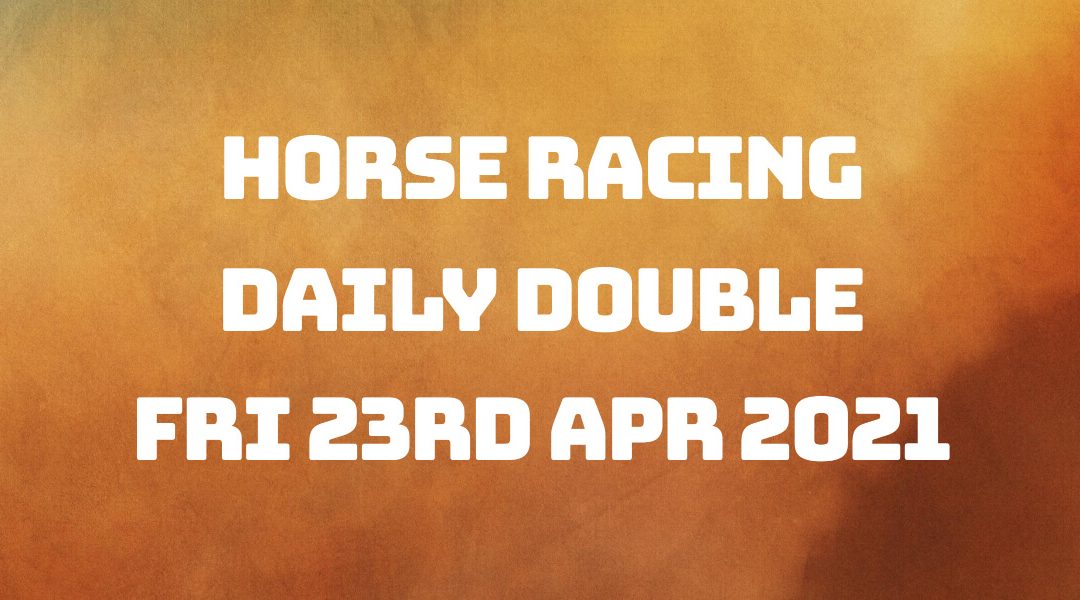 Yesterday our first selection Murhib ran in the 7.15 pm race at Chelmsford and won by a comfortable three lengths at odds of 5/2 SP at the bookies.

Chased the leaders early on before pushing into second position two furlongs out. He ran well and took the lead shortly after, kept on well to land this first leg of our double – a good win for us.

Our second selection Glenn Coco ran in the 8.15 pm race at Chelmsford and finished in second place by three-quarters of a length at odds of 9/4 SP at the bookies.

Chased the leading pack, then made good headway with one left to run. He took the lead narrowly and fought hard with Love Destiny while approaching the winning post but couldn't get ahead enough to win. Valiant effort for him, but no luck for our winning double again unless you'd gone each way. I'm sure we'll be able to get some winning doubles soon, as the new season begins to bed in. I see this pattern most years.

Today's first selection is Inn The Bull and runs in the 6.35 pm race at Chepstow.

The going is classed a good at Chepstow, over their jumps course. The race is a class four Handicap Hurdle, running over a distance of two miles. Ten runners are competing. The age criteria are four-year-olds and upwards—the youngest being a four-year-old, the eldest an eleven-year-old.

Cawthorne looks like the one to watch in this race, who wasn't too far off the winner last time out and won the race previous to that. Wearing blinkers for the first time may help his cause too. However, Inn The Bull won easily last time out at Huntingdon after taking a break away from racing previously. Whatever happened during that time away from the track looks to have done him a world of good.

Inn The Bull has seven tips to his name, Light In The Sky three, with one each for Cawthorne, First Quest and Ascot Day.

Alastair Ralph is our trainer for this first leg of our double today, with a recent run to form figure of thirty-six per cent. Over the last fortnight, he's sent out two winners from eleven selections, with none running into a place. So an all or nothing type of trainer, by the looks of it.

Cillin Leonard is the jockey saddling up for us, who has won just the one race over the last two weeks but has only ridden in seven races, though. He's also secured a placing position in one other race over the same time. He hasn't ridden for Alastair lately and never ridden Inn The Bull.

Inn The Bull last ran eleven days ago and is proven over today's distance. He won easily by seven and a half lengths in his last race, running in a class four race at Huntingdon, over a distance of two miles. Previous to that, he took a one hundred and seven-day break. Two races back, he finished in the sixth position from eleven runners, in a class five race at Wolverhampton, over one mile four furlongs. Then the race before that also finished in sixth, from seven runners, in a class four race at Wolverhampton, over one mile six furlongs. The move back into turf racing and over a longer distance seems to have worked well.

Today's second selection is Dan Gun and runs in the 6.45 pm race at Worcester.

The going is classed as good today at Worcester, over their jumps course. The race is a class four Handicap Hurdle, running over two miles and seven furlongs. Sixteen runners are competing, and the age criteria is for four-year-olds and upwards—the youngest being a six-year-old, the eldest a nine-year-old.

Cristal Spirit could be the biggest threat in this race; despite being pulled up in his last race, ran well for the two previous races, which he won in both. He has also undergone ‘wind surgery', which I have noticed can significantly enhance a horses chance of winning, although it is a little controversial. I do think that Dan Gun will take the honours, who won easily for the Skelton brothers in his last two races, and I notice Dan Skelton is sponsoring the actual race.

Dan Gun has eight tips to his name, with one apiece for La Reine Poutine, Frankincense and Rare Clouds.

Dan Skelton is the trainer for this second leg of our double, who has a recent run to form figure of sixty-two per cent. He's had twelve winners from his last sixty-five races during the previous fourteen days, with twenty-seven more landing a place. One hell of a good trainer, and indeed to be respected today with such a good horse in Dan Gun.

Harry Skelton is teaming up with Dan again for this race. Harry has won seventeen of his last eighty races over the last couple of weeks, placing in an additional thirty races. He generally races for his brother but does the occasional race for other trainers. Harry has only just started riding Dan Gun but has steered him home to glory in both these races.