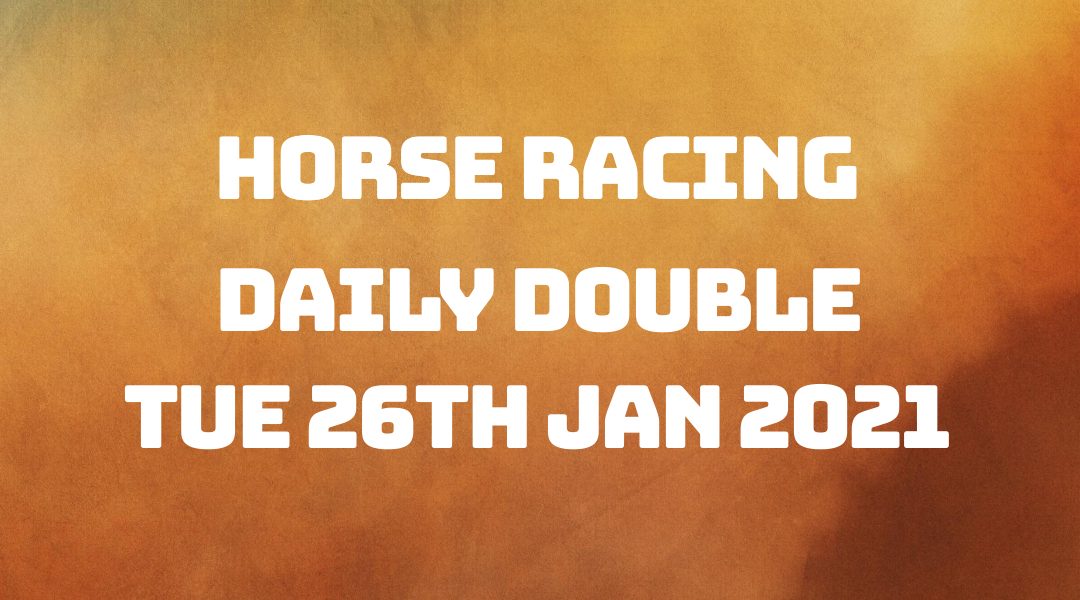 Both our selections in the 1.50 pm and 2.20 pm race at Plumpton were both non-runners unfortunately. With the ground generally soft, the weather had made it heavy in parts, so I think quite a few trainers decided it just wasn't safe enough for them to ride. With the weather set to start warming up over the course of today, this should mean fewer non-runners as the weather improves. Rain is forecast as the week progresses, so at least that's slightly safer than frozen ground.

Today's first selection is Daafr and runs in the 2.25 pm race at Southwell.

The going at Southwell is classed as standard to slow for this class five handicap race. The race is run over seven furlongs and has just the six runners competing. The age criteria is four-year-old and upwards, with the youngest being a four-year-old, the eldest a six-year-old.

There are several other good runners in this race today, with possibly Motawaafeq and Luscifer being the two to keep an eye on, both with two recent wins under their belts. I'm confident that Daafr can see them off, and win the race for us at the end of the day.

Daafr has six tips next to his name, with Motaweefeq on five, Luscifer on two and Wrath of Hector with just the one.

Anthony Brittain is our trainer, with a run to form figure of forty-seven per cent and four wins from twenty-one selections over the last fourteen days, for a twenty-one per cent win strike rate. He has added five more places to that total over the same time period.

Cam Hardie is our jockey, with three wins from the last twenty-six runners, and five further places to add to the tally. The trainer/jockey pairing has done well lately and generally managed a place when teaming up.

Daafr last ran just seven days ago and has a solid course and distance record to boot. His last race was won on today's course, over the same distance, with the same jockey on board by an impressive three lengths. Anthony Brittain will be hoping for a re-run of last week's win in today's race.

Today's second selection is Noble Queen and runs in the 5.40 pm race at Wolverhampton.

The going at Wolverhampton is classed as standard for this class six Classified Stakes race. The distance is over one mile and one and a half furlongs, and is for four-year-olds and upwards. The youngest in the race is a four-year-old, the eldest a nine-year-old. There are thirteen horses headed to post.

At a glance, I can see that no other horses have won recently, and form is rather poor. This may be a good sign for us, with Noble Queen having won three races ago. I really can't see any other horses as a threat going on form alone. Born To Reason has won over the joint course and distance before, but that looks to be some time ago now.

Noble Queen has racked up six tips, with Deadly Accurate recording three and a few others on just one tip each.

Ed Walker is our trainer for today, with a run to form figure of a rather healthy sixty-three per cent. One win from the last nine selections has been seen over the last fourteen days, with two further places to add into the mix.

Tom Marquand is the jockey on board for Noble Queen, with seven wins from the last fifty-eight rides over the last fortnight. He has a further fourteen more places to add to that. Ed Walker has used Tom's services over the last two weeks, so they have a partnership in place and should produce the goods today here at Wolverhampton.

Noble Queen last ran twenty-two days ago, has no course or distance wins under his belt yet, but is using blinkers for the first time today. In his most recent race, he finished in ninth position. Still, there were only four and a half lengths from ninth to first position, indicating a very closely run race. Previous to that race a third position was recorded, and a win the time before that at odds of 7/1, winning by two and a quarter lengths at close to today's distance.