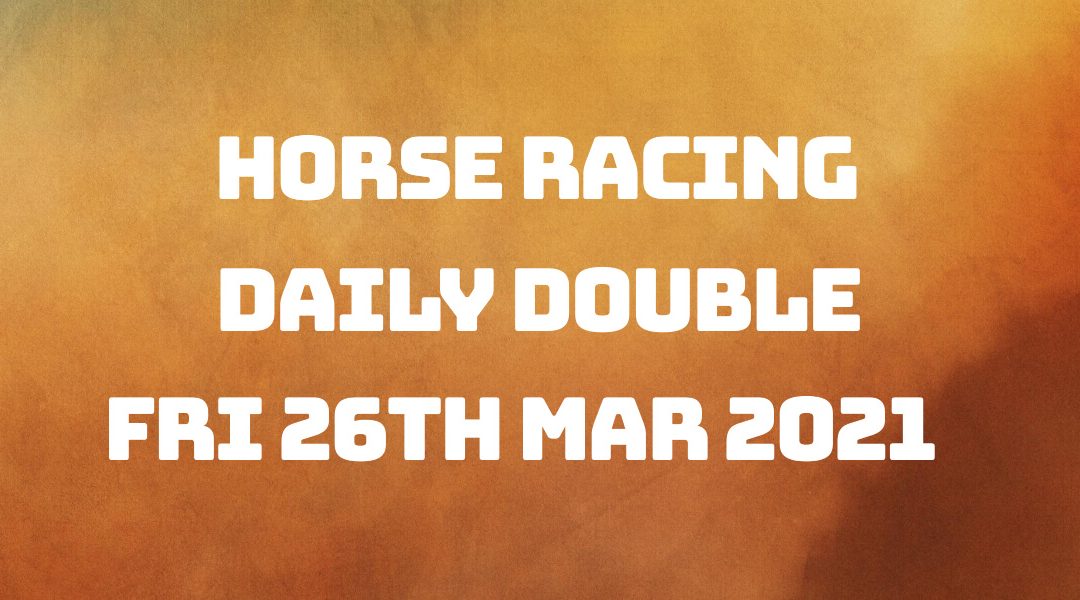 Yesterday our first selection Somekindofstar ran in the 2.15 pm race at Ludlow and finished in second place by just over a couple of lengths, at odds of 9/2 SP at the bookies.

He was held up early on before running on into second place after the third furlong. He made a mistake at the twelfth but, despite that, managed to take the lead with four left to travel. However, Rock On Rocco had other plans and relegated our selection back into the placings.

Our second selection El Presente ran in the 3.15 pm race at Ludlow and finished in third position from four runners, at odds of 5/2 SP at the bookies.

He ran alongside the leaders and pushed along nicely with five furlongs left to run. He made a slightly awkward jump with four left to travel and, after that, ran freely without making any kind of impression on the leading pair. Just not his day, unfortunately. So no luck for the double yesterday.

Today's first selection is Belle Rouge and runs in the 1.45 pm race at Lingfield.

The going is classed as standard at Lingfield today, over their Polytrack all-weather course. The race is a class five Handicap, ran over a distance of one mile and two furlongs. Seven runners are competing, and the age criteria are for three-year-olds only.

Swallowdale looks the one that could be a threat, with two wins from two over the last two races and proven over today's course and distance on the same occasion. Belle Rouge won well here at Lingfield last time out, though, and looks able of beating him for Mark Johnson.

Belle Rouge and Swallowdale are tied on six tips each, and just the one for Greystoke.

Mark Johnson has a recent run to form figure of sixty-seven per cent. He has had winners in four of his last eighteen races over the previous fortnight, with an additional two securing a place.

Ben Curtis is saddling up for us, and he's won four of his last twenty-three mounts over the last two weeks. He's also secured a place on five of these over the same period. Ben tends to ride for several trainers, but Mark seems to make up around fifty per cent of his bookings recently. Ben was on board Belle Rouge for his last win here at Lingfield last time out.

Belle Rouge last ran twelve days ago. In his last race, he won by two and a quarter lengths in a class five race here at Lingfield, which was run over a distance of one mile exactly. Previous to that, he had a one hundred and ten day-break. In his second race back, he ran a sixth-place finish from thirteen runners in a class five race here at Lingfield, ran over seven furlongs. He also finished in fifth position from ten runners when running in a class four race at Newmarket, over seven furlongs.

Today's second selection is Busy Street and runs in the 4.45 pm race at Musselburgh.

The going is classed as good at Musselburgh today over their jumps course. The race is a class four Novices' Handicap Hurdle, ran over a distance of two miles and four furlongs. Eight runners are running, and the age criteria are for four-year-olds and upwards. The youngest is a five-year-old, the eldest a nine-year-old.

Most of these horses in this race don't look to have run particularly well over their last few races, and it's difficult to see where the danger could come from. Possibly Ottonian, for Donald McCain, as he's run relatively well in his last couple of races. Still, favour most definitely needs to go to Busy Street, who looks a solid contender today.

Busy Street has five tips to his name, Balranald four, Six One Nine two, and one for Sidi Ismael and Three Castles.

Rebecca Menzies is our trainer for today, with a recent run to form figure of fifty per cent. She's had winners in four of her last twelves races in the previous fourteen days, but no placings to add to that.

Nathan Moscrop is our jockey for today, with no wins from his last eleven races over the previous two weeks. He has had one placing over the same period. He has ridden for Rebecca previously, so the two have worked together before. More importantly, he has successfully steered Busy Street previously.