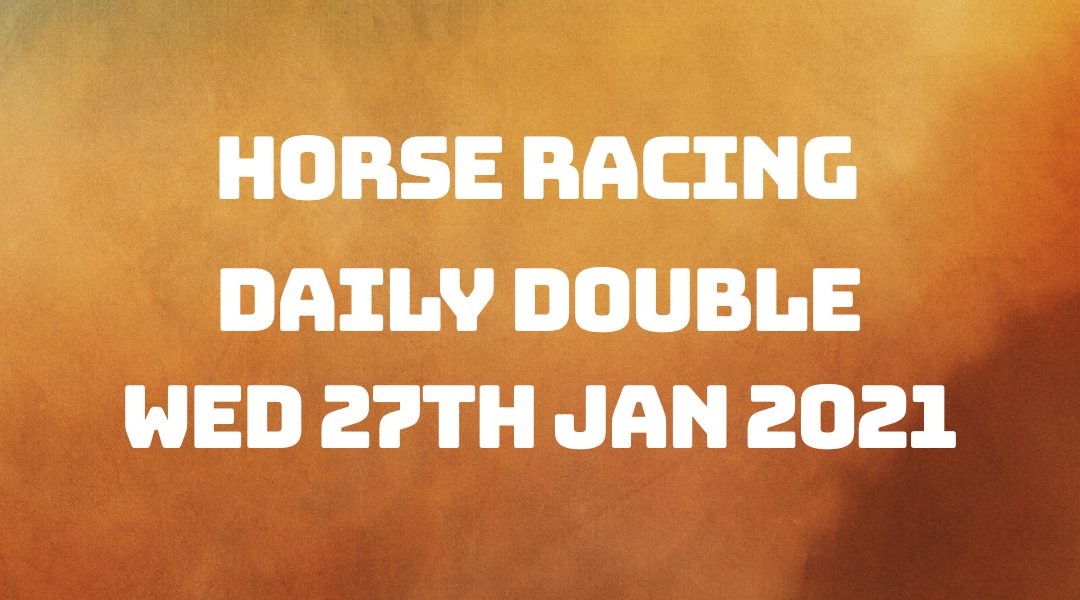 Yesterday our first selection Daafr ran in the 2.25 pm race at Southwell and managed to finish easily in first position to land the first part of our double, at odds of 3/1 SP at the bookies.

Daafr did extremely well for us yesterday, and as predicted, replicated his previous successes. He was prominent throughout and certainly made it his race. Went clear one furlong out before securing the win without any fuss at all.

Our second selection Noble Queen ran in the 5.40 pm race at Wolverhampton and finished just short of the win in second place by half a length to Star Ascending, at odds of 9/4.

He started off around midfield before making some headway with one furlong left to go. He made a valiant challenge for first position, which would have seen us land a very tasty double at odds of double digits. Unfortunately, he was just held off.

Today's first selection is Moohareeba and runs in the 5.45 pm race at Kempton.

Today the going at Kempton is classed as standard to slow for this class five Fillie's Handicap race. The distance is over one mile and three furlongs, and has just the four runners competing, due to one non-runner in Narjes. The age criteria is four-year-olds and upwards, with the youngest being a four-year-old, and the eldest a seven-year-old.

None of the horses in this race have won recently, with just a smattering of second and third places to their name. Torbellino looks to be the only potential threat to us, but that's only really because he's carrying slightly less weight than Moohareeba. We have eight tips next to our name, with just the one for Torbellino and Embrace The Moment.

John Gosden is our trainer for us, who has a recent run to form figure of sixty-seven per cent, with two wins in the last nine races over the last two weeks, with two further placings to add to that total.

Benoit De La Sayette is our jockey, with three wins from the last seven runs over the last fourteen days, for a forty-three per cent strike rate, with just one further placing to add to his record. The last time this trainer/jockey partnership worked together was here at Kempton, which resulted in a win by a couple of lengths.

Moohareeba last ran twenty-eight days ago and has no current course or distance wins to his name, but that can soon change. His last race resulted in a third position placing at Wolverhampton, losing by two lengths. Previous to that a second place by just one and a half lengths, and another third place before that. These were all at Wolverhampton. Kempton is somewhere new to our selection today, but with the trainer and jockey winning here the last time they paired up let's see if they duplicate that once again today.

Today's second selection is Oud Metha Bridge and runs in the 6.50 pm race at Kempton.

The going is classed as standard to slow, as we discovered for our first selection above, and is ran in a class five handicap on this all-weather course. The distance is over one mile and has nine runners headed to post. The age criteria is four-year-olds and upwards, with the youngest being a four old, the eldest an eight-year-old.

At first glance, I would say Pink Jazz is the only real threat to us today, with two wins to his name before his eighth position finish in his last race. Oud Metha Bridge has the advantage of a course and distance win, which I'm sure can only count as a positive.

Nine tips have been racked up from the tipster panel, with three for Cashel and one each for Moxy Mares and Power Of Time.

Julia Fielden is our trainer today and has recent run to form figure of fifty per cent. No wins from her last four runners over the last fourteen days, with just the one placing at Southwell on the 17th January.

Dylan Hogan is the jockey teaming up with Julia today. He has run for Julia over the last fortnight and has won no races in the previous seven races in the same time frame, with two of these placing.

Oud Metha Bridge last ran fifty-eight days ago. He has a solid course and distance win under his belt under Dylan's control over that race on the 30th November last year. So he only needs to do what he did back then to take the win for us today.

Unibet currently have the best odds for the double at odds of 9.00. Evens for Moohareeba and 7/2 for Oud Metha Bridge.