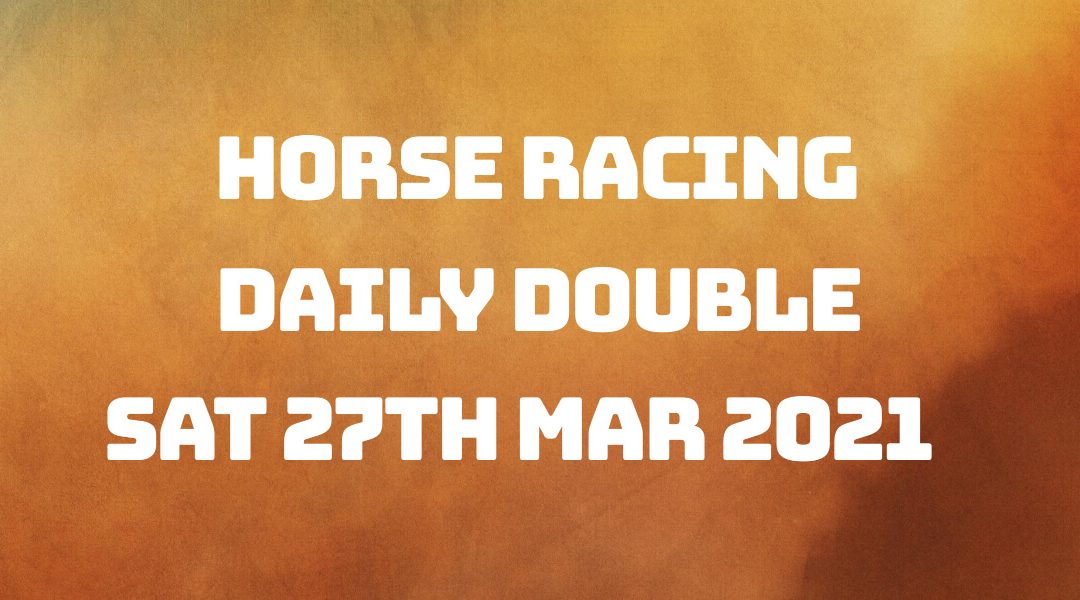 Yesterday our first selection Belle Rouge ran in the 1.45 pm race at Lingfield and was unfortunately pulled up very early into the race, at odds of 7/4 SP at the bookies.

He started well and ran prominently, but was pulled up just after the one-furlong mark, so not sure what had happened, hopefully, nothing too serious.

Our second selection Busy Street ran in the 4.45 pm race at Musselburgh and finished in the last position, at odds of 9/2 SP at the bookies.

He ran midfield and had some reminders after three furlongs. However, he soon dropped into the last position and tailed off dramatically. It turns out he'd burst a blood vessel, and it had severely affected his performance. So no luck yesterday for us on this double of the day.

Today's first selection is Across The Line and runs in the 2.40 pm race at Kelso.

The going is classed a good to soft here at Kelso today, over the national hunt course. The race is class two Handicap Hurdle, running over a distance of two miles. Eight runners head to post, and the age criteria are for four-year-olds and upwards—four six-year-olds and one eight-year-old.

Tommy's Oscar is the one I'll be keeping an eye on, who, despite his last race, has generally managed to secure a place in each of his last few races. Across The Line certainly looks strong today, though, and with the Skelton brothers in charge is easy to see why he's favoured so much. These two will undoubtedly be after the win here today.

Across The Line has eight tips to his name, two for Tommy's Oscar and one for Hasanabad and Christopher Wood.

Dan Skelton is the trainer for this first leg of our double today, with a recent run to form figure of sixty-seven per cent. Dan has sent out twelve winners from sixty-one races over the last fortnight and recorded an additional sixteen placings over the same period.

Harry Skelton is the jockey for this selection, Dan's brother. He's ridden fourteen winners from his last sixty-four mounts over the last couple of weeks and secured seventeen placings. Indeed an excellent record and one that must be respected today. Harry has been on board for Across The Line in his last two races, producing good results in both.

Today's second selection is Tajdid and runs in the 5.30 pm race at Wolverhampton.

The going is classed as standard today over Wolverhampton's all-weather Tapeta course. The race is a class six Handicap, running over one mile and one and a half furlongs. Thirteen runners are competing, and the age criteria are for three-year-olds only.

Only one of these horses in this race has recently won a race, which is Cliffcake. But priced at 40/1, I think we can safely discount him. The one I feel may cause an issue could be Headshot, who only lost out by a neck last time out at Newcastle and has previously won over today's course. Tajdid looks the one to beat, though, for Richard Hannon and is well clear from anything else in the current betting shows.

Omany Amber and Maxine have four tips to their name, Headshot three, Tajdid two and React just the one. Looking like the tipsters are going against what the bookies are thinking on this one; it will be interesting to see if they're right to do so.

Richard Hannon has a recent run to form record of fifty-five per cent and won two of his last twenty races over the previous fourteen days. He's also secured an additional four placings.

Thore Hammer Hansen is our jockey for this second leg of our double today, and neither won or placed in any of his last five races over the last couple of weeks. He has ridden for Richard recently but never ridden Tajdid. I feel he'll be hungry to get back into the winning enclosure today, though, and is much-fancied to do so.