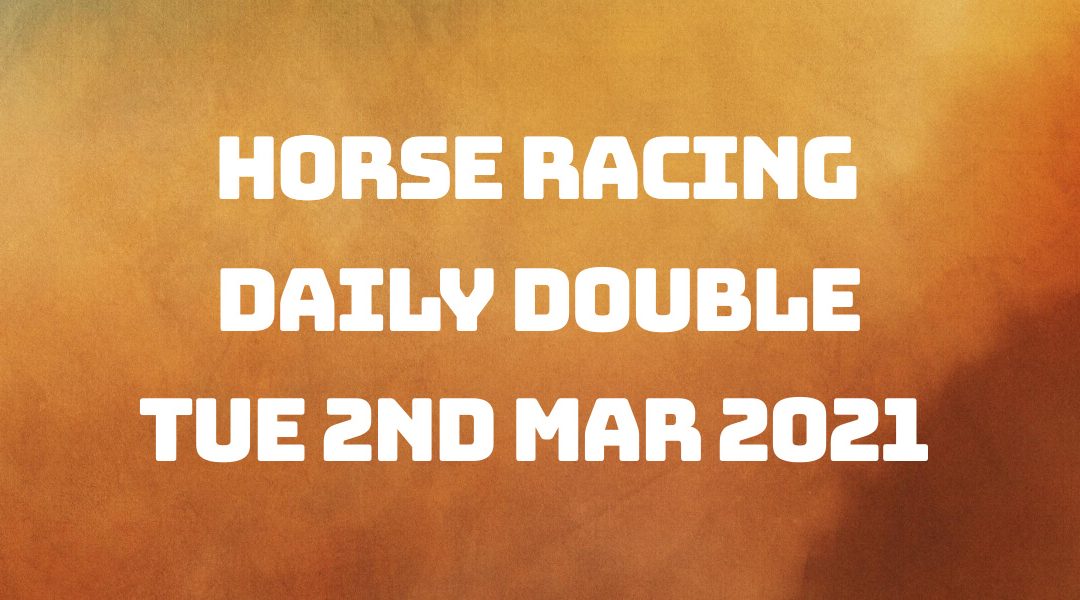 Yesterday our first selection Natural History ran in the 1.30 pm race at Plumpton and won by a very impressive fifteen lengths at odds of a relatively short 8/13, down from the price advised early morning.

He took keen hold, and this race was always going to be his – he very much well deserved the winning distance—a good win for us.

Our second selection Dorking Lad ran in the 2.05 pm race at Plumpton, but the race never managed to conclude due to a horse falling fatally during the race. New rules mean that once this happens, the race is null and void.

This means that we technically landed the double, as betting rules state that if one part of a double is marked as void, the bet reverts to a win single. Pity the odds weren't a bit higher, but a win is a win nonetheless.

Today's first selection is West To The Bridge and runs in the 1.00 pm race at Catterick.

The going at Catterick is good to soft over their jumps course. The race is a class four Novices' Chase, running over two miles and three furlongs. Six runners head to post, and the age criteria is five-year-olds and upwards. The youngest being a six-year-old, the eldest a nine-year-old.

Whoshotthesheriff looks like he could upset the apple cart with his recent good form. However, looking into his history, it does look like his most recent win was over heavy ground, so whether today's conditions would suit is debatable. West To The Bridge looks like he's been primed for this race, and with the Skelton brothers in charge, I'm sure they'll be adding to their vast collection of recent wins today.

Whoshotsheriff has nine tips to his name, three for Evander and just the one for our selection. So it looks like I'm going against the grain a little, but I'm confident it'll pay off.

Dan Skelton is our trainer for this first part of our double and has a recent run to form figure of fifty-six per cent. Over the last two weeks, he's recorded twelve wins from fifty-five races and added a further eleven places to that. On fire at the moment.

His brother, Harry Skelton, is on board and has won twelve of his last forty-six rides, placing in six over the last fortnight. In all bar two of these races, he's ridden for Dan, so the two certainly work very well together and look to have hit on a winning formula.

West To The Bridge last ran thirteen days ago, and in his last race was beaten by one and three-quarters of a length in a class two race at Wetherby. So this race is a definite drop in class for him today, which can only be a good thing. Before that, he had a fourth-place finish over heavy ground. He was pulled up in an earlier class one race at Ascot. Dropping down to a class four today is something that will undoubtedly help.

Today's second selection is Arqalina and runs in the 3.40 pm race at Leicester.

The going today is classed as soft at their national hunt jumps meeting. The race is a class five Handicap Chase, run over two miles and four furlongs. Nine runners are competing. The age criteria are for five-year-olds and upwards, with the youngest being a five-year-old, the eldest an eleven-year-old.

There's not too many in this race who look capable of causing an upset, but the exception could be Boro Babe. She ran a good race at Ffos Las last time out; however, that was over heavy ground, so unsure whether she'll run as well on today's soft ground. Arqalina, on the other hand, looks stronger and more than capable, winning well by five and a half lengths at Hereford last time out.

Arqalina has seven tips to his name, three for Boro Babe and one for Festival Dawn, Miss Zip and Happy News.

Venetia William is our trainer today for this second part of our double and has a recent run to form figure of fifty per cent. She's had eight wins from her last forty-six entries during the previous fourteen days and managed a place in nine of these.

Charlie Deutsch is our jockey for this race; he's won four of his last twenty-six races in the previous two weeks, placing in four of these. Charlie almost exclusively runs for Venetia, and they have certainly performed well lately. Let's see if this race will be another to add to their winning collection.

Arqalina last ran thirteen days ago and has a distance win under his belt. He won in a class five event at Hereford by five and a half lengths in his last race. Before that, he had a sixty-seven-day break. Previous to this, he hasn't seemed to produce much in the way of results, but lately seems to have turned a corner. Venetia looks to have instilled something in him and should go close today.