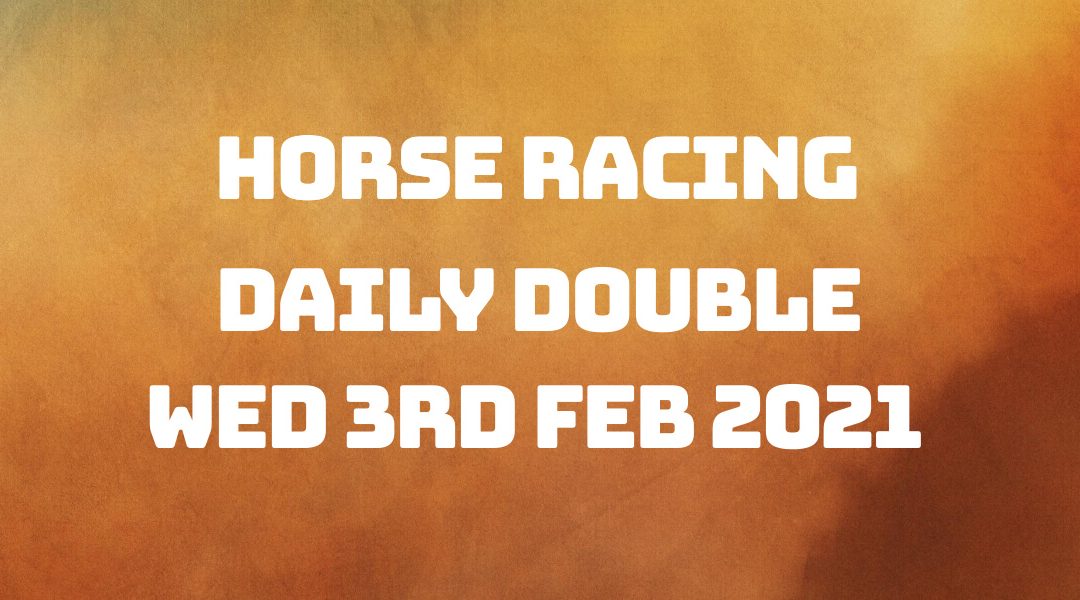 Yesterday our first selection The King Of May ran in the 3.25 pm race at Newcastle and managed to finish fifth from thirteen runners, at odds of 6/1 SP at the bookies.

Started the race being held up, before making some headway, however, was outpaced by the leading pack so was unable to make a challenge.

Our second selection Samovar ran in the 5.40 pm race at Southwell and managed to finish in sixth position from seven runners, at odds of 10/3 SP at the bookies.

He ran well to start and was prominent; however, a couple of furlongs left to travel weakened before the finishing post arrived.

Today's first selection is Goodbye Stranger and runs in the 12.55 pm race at Warwick.

The going here today at Warwick is classed as Heavy at this turf meeting. The race is a Juvenile Hurdle and is a class four. The distance is over two miles, and nine runners are competing.

There isn't much form amongst these runners today, with some making their debut for their yards. Cabot Cliffs has the most experience, with three races under his belt. Still, Nicky Henderson looks to have the best horse in the race in my honest opinion.

Nicky has a recent run to form figure of thirty-two per cent, and over the last fortnight has sent out four winners from the last twenty-five runners. With three placings to his name. Nicky will be looking to add to this tally today as for a champion trainer those figures look a little low, and he'll be wanting to get that total up again.

Daryl Jacob is our jockey today for Goodbye Stranger, and has won two races from his last thirteen over the last two weeks, and secured two places to add to that. Nicky has only employed Daryl's services once over this same time period, so hoping he's being lining this race up with him in mind to take to the saddle.

Goodbye Stranger last ran forty-nine days ago, but I'm sure Nicky would have been keeping him in good form on the gallops, and has a distance win under his belt. His last race was his debut race, which he won encouragingly by one and a quarter length at Newbury with Daryl on board. Looks like a promising horse, and it's certainly going to be interesting to see how he handles the ground today at Warwick.

Today's second selection is Comeatchoo and runs in the 4.25 pm race at Lingfield.

The going at Lingfield is classed as standard today for this class six Handicap race, on this Polytrack all-weather track. The race is run over a distance of five furlongs and has nine runners competing. The age criteria is for four-year-olds and upwards. The youngest is a four-year-old, the eldest an eleven-year-old, so quite an age variation in this race.

Comeatchoo certainly looks the form horse of the race, with only Twice As Likely looking to be a threat with a solid course and distance win to his name. However, Phil McEntee is the trainer with the best form record, so definitely siding with Comeatchoo today. With seven tips to his name, and five for Twice As Likely.

Phil McEntee has a recent run for form figure of sixty-nine per cent and has won two of his last thirteen rides, with a further six placings to add to that total. The placings certainly help improve this trainer's credibility and give us the confidence that he is most certainly sending out horses which he wants to win.

Grace McEntee is our jockey on board, Phil's daughter, so keeping this one in the family, and good to see Grace doing well. Over the last fourteen days from twelve selections, she's had just the one win, but a further two placings to add to that tally. The pairing saw a winner with Comeatchoo at Wolverhampton.

Comeatchoo last raced just three days ago, so a rapid turnaround today for him. He has a separate course and distance wins to his name. His last run resulted in the win, for this trainer/jockey pairing, and previous to that came a close second at Kempton. He's had plenty of races over the years, so certainly a very experienced horse.

BetVictor currently looks to be the best bet regarding odds, with odds of 85/40 for Goodbye Stranger and 2/1 for Comeatcho. Giving a total of 9.38. Good luck, everyone.