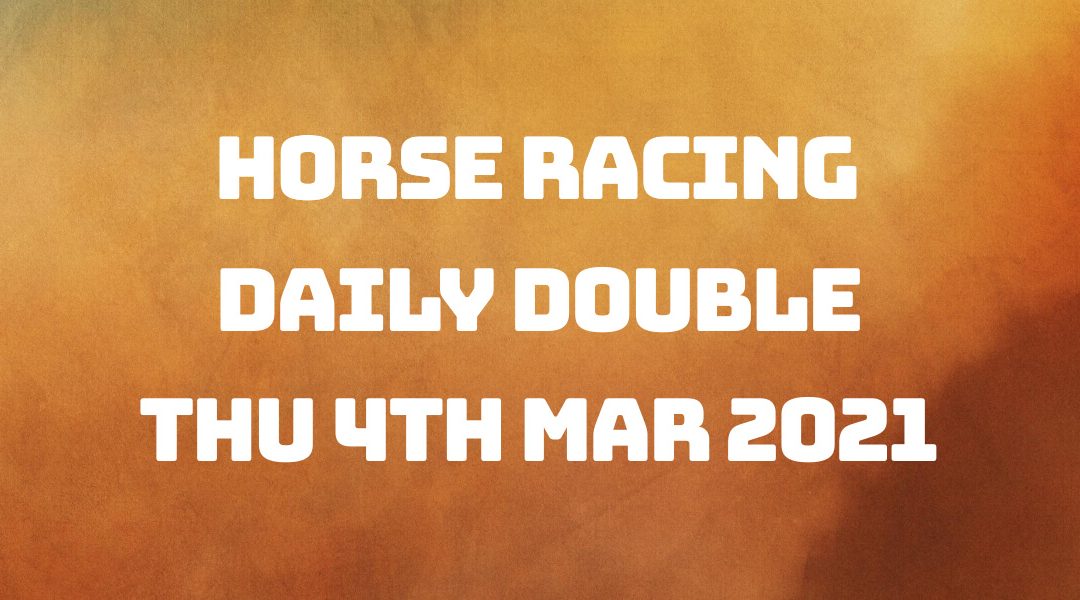 Yesterday our first selection, Robin's Dream, ran in the 1.30 pm race at Wincanton and lost out by a neck to Balko Saint, at odds of 11/10 SP at the bookies.

He chased the leader and was easily clear with Balko Saint just before the third furlong. Then led with two left to run but just wasn't quite fluent enough, being beaten at the post by a neck. Very close, but not quite good enough.

Our second selection, Get The Appeal, ran in the 4.05 pm race at Musselburgh. He was relegated into second position by our competitor, Dora De Janeiro, at odds of evens at the bookies.

He led from the off but was not fluent after around ten furlongs. He didn't have enough in his tank to take on the winner. So, two second-places for us today annoyingly, close but not close enough.

Today's first selection is Travel Lightly and runs in the 4.30 pm race at Southwell.

The going is classed as standard today at Southwell over their all-weather Fibresand course. The race is a class six Handicap, running over two miles and half a furlong. Eleven runners are competing today. The age criteria are four-year-olds and upwards, with the youngest being a four-year-old, the eldest an eight-year-old.

It's an interesting race, this one. Many of the competitors have very patchy form, and most haven't even managed a place lately, so how this pans out will be interesting to watch. The one threat I see could come in the form of Mizen Master with Luke Morris on board, who won four races ago and is proven over today's distance. Even so, I don't think he'll pose too much of a problem for Travel Lightly, who has won his last two races.

Mizen Master has seven tips to his name, A Touch Of Luck has two, and one apiece for Travel Lightly, Peat Moss and Pepper Street.

Rebecca Menzies has a recent form figure of twenty-nine per cent and had two wins from her last seventeen entries, with two further placings to add to that tally over the previous two weeks.

Callum Rodriguez is the jockey on board for our first selection in our double, with three wins from his last thirteen mounts and an additional three places to boot. Rebecca isn't the trainer that uses Callum's services most often but must indeed have her reasons for using him today.

Travel Lightly last ran thirty-five days ago. In his last two races, he won both, which were run at Newcastle over the same distance as today's race. He won the most recent by one length and the time before that by four and a half lengths. Before these races, he was running at shorter distances, which didn't look to suit him – we can safely say the increase in distance was a good decision from Rebecca.

Today's second selection is Jubilympics and runs in the 4.42 pm race at Taunton.

The going at Taunton today is good to soft over their national hunt jumps meeting. The race is a class four Handicap Chase, running over two miles and five and a half furlongs. Just four are competing in this event today, and the age criteria are for five-year-olds and upwards. The ages range from seven- to nine-years-old.

The race looks relatively close, looking at this morning's prices. The favourite is priced at 7/4 and the outsider at 7/2. – it looks like this could be a close-run race. No particular threat stands out as such, but if I were forced, I'd pick Waikiki Waves purely based on his win two races ago. Having said that, our selection does look strong in comparison and capable of landing us the win today.

Emma Lavelle is our trainer for this second bet of our double, with a recent run to form record of forty-four per cent. She's had winners in three of her last nine races over the last fourteen days, with places in her most recent race. Looks very much in form lately.

Adam Wedge is our jockey and has won seven of his last forty-one races, with nine further placings to add to that tally. So also doing very well lately. Not a big household name, but with these results, soon could be.

Jubilympics last ran forty days ago and is proven over today's distance. He was sixth in a class four here at Taunton; the race before that, he came second in a class three at Kempton, where Oscar Rose outpaced him. Previous to that, he won nicely by just under four lengths at Fakenham.

Currently, Travel Lightly is available at 10/3 and Jubilympics at 5/2 with Unibet.

So the double odds come in at a very tasty 15.17. Good luck, everyone.