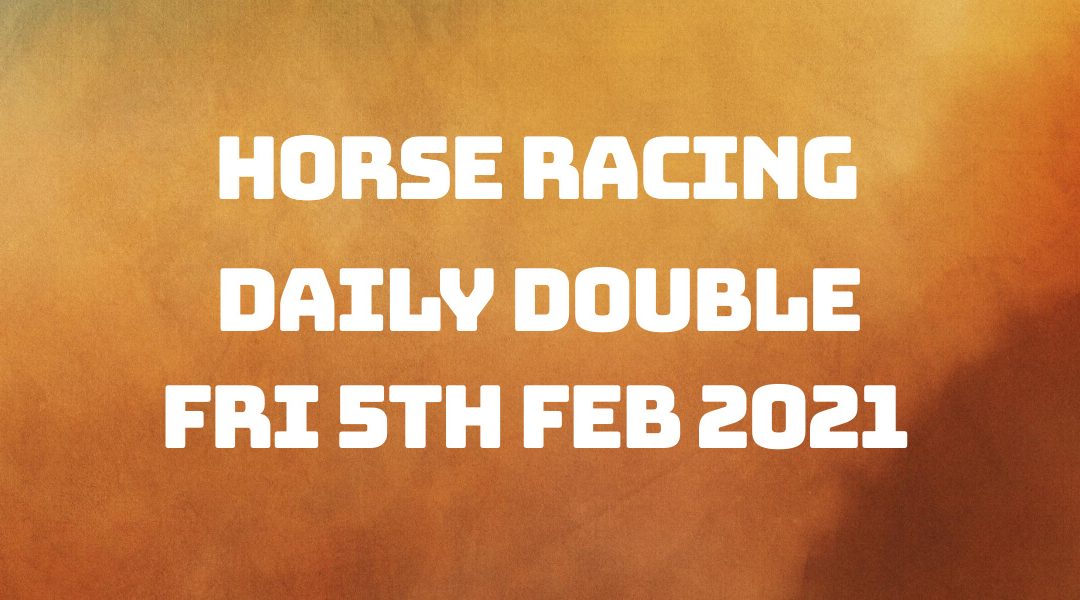 Yesterday our first selection Rose Of Arcadia ran in the 12.30 pm race at Wincanton. She managed to win by a neck from fourteen runners, at odds of slightly odds on of 5/6 SP at the bookies.

She took keen hold and tracked the leaders, before going third and leading with a couple of furlongs left to travel. She was one and a half lengths clear towards the finish, but only just held on to take the win as challenged right at the post. A win nonetheless.

Our second selection Lion's Vigil ran in the 2.55 pm race at Southwell and managed to finish way back in eighth position from nine, so a rather dismal run in the end, at odds of 11/10 SP at the bookies.

He started off well and was undoubtedly prominent in the early stages, but got into a bit of a tangle with another horse after just two furlongs. He then lost his position and dropped right back and ended up being well beaten. It looked like the early cajoling affected him, unfortunately.

So no luck on the double today, shame as the NAP won nicely for us, but we need the two horses in the double to do the business for us. We're definitely starting to see some nice winners come in, between the NAP and double.

Today's first selection is Royaume Uni and runs in the 1.40 pm race at Lingfield.

The going today at Lingfield is classed as standard over this Polytrack all-weather course. The race is a class four Handicap and runs over a distance of two miles. There are six runners headed to post, and the age criteria is for four-year-olds and upwards. The youngest in the race is a four-year-old, the eldest a seven-year-old.

Based on form, the obvious threat is Social City with four previous straight wins to his names before a disappointing run at Southwell last time out. Royaume Uni has run in better quality races though and won very comfortably last time out here at Lingfield, so has to be favoured over his nearest competitor. Our selection has five tips to his name, with the remainder of the tips being a little spread out, with Social City and Tarochica both on three tips, Bird For Life on two and Dante's View on just the one.

Gary Moore is our trainer today, with a thirty-nine per cent recent run to form figure to his name. He has three runs from his last twenty-three runs over the previous fourteen days, with a further four places to his name in the same period.

Ryan Moore, Gary's son, is riding for him today and hasn't ridden any runners for the last two weeks. I'm pretty confident he's been riding for his Dad on the gallops though, so can't be underestimated despite no recent rides to his name..

Royaume Uni last ran on the 18th January, eighteen days ago, and won by six and a half lengths at Lingfield. That was a terrific win for him and was over the same distance as today's race here at Southwell. The two races before that he wasn't really up to much, but they must have done something for him to produce such a good win last time out suddenly.

Today's second selection is Kratos and runs in the 6.45 pm race at Newcastle.

The going at Newcastle today is classed as standard to slow over the Tapeta all-weather track. This is a Novice's Stakes, run at a class five over six furlongs, and has five runners competing. The age criteria is for three-year-olds and upwards, with just three-year-olds competing.

Form looks relatively sparse for this race, with only As If By Chance looking to be any particular threat to our selection today. Kratos has four tips to his name, six for As If By Chance, and four for Seeking Perfection.

Roger Varian is our trainer today and has a recent run to form figure of sixty-three per cent. He's sent out three winners from his last nine entries, with four managing a place. So looks to be in good form as of late.

Gavin Ashton is our jockey on board; he has not ridden over the last two weeks, but I'm confident he'll be able to show his capabilities today at Newcastle.

Kratos last ran seventy-seven days ago and has a dual course and distance win to his name. His last race resulted in the win for him here at Newcastle over the same distance, ridden by J Mitchell. Previous to that he landed a second place, again at the same track. So Newcastle looks to be the place where Roger feels confident he can do well.

Current best double odds are at BetVictor where Royaume Uni is priced at evens, and Kratos at 6/5, giving a double odds total of 4.4. Good luck everyone.