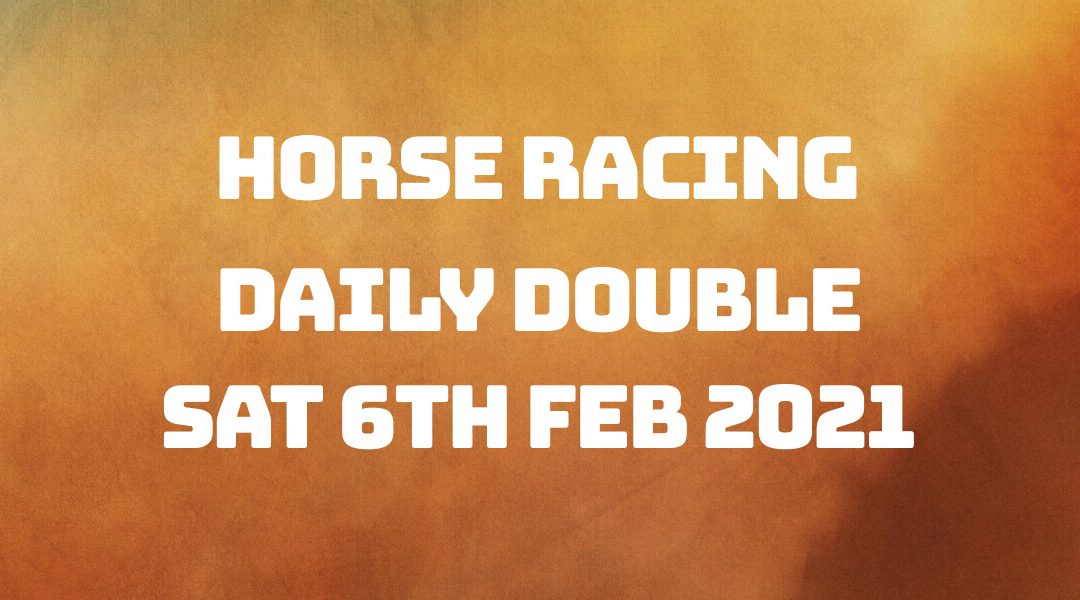 Yesterday our first selection Royaume Uni ran in the 1.40 pm race at Lingfield and managed to win nicely for us at odds of 8/13. Shorter odds than those I advised early morning, so was well worth taking the early price.

He was prominent to start and made some headway three furlongs out, before chasing the leader with two to go. Took the lead with one to go and went well clear, winning the race by four and a quarter lengths—good win for us yesterday.

Our second selection Kratos ran in the 6.45 pm race at Newcastle and finished in last position from five runners, unfortunately, letting our double down, at odds of 8/15 SP at the bookies.

Unfortunately, he was never really a threat and soon weakened ending the race in plumb last position. Not quite sure what happened, as was a much-favoured horse, backed up by his short price. Let's see if we can land the double today in our last attempt for the week.

Today's first selection is Getaway Trump and runs in the 12.57 pm race at Musselburgh.

The going at Musselburgh for this jumps meeting is classed as soft. The race is a class three Novices' Chase race and is run over two miles and four and a half furlongs. There are six runners competing today, and the age criteria is for five-year-olds and upwards. The youngest being a seven-year-old, the eldest a ten-year-old.

Gaelic Coast may pose a threat, with relatively decent form stacked up. The other one that also catches my eye is Matthew Man at huge odds of 100/1, but guessing the bookies don't rate him to be so generous. Never say never though. Getaway Trump certainly looks to be the pick of the bunch for Paul Nicholls, so confident he'll be taking home the prize today.

Paul Nicholls has a recent run to form figure of forty-three per cent and has sent out five winners from his last twenty-one entries, with a further two managing the place.

Lorcan Williams is our jockey being used today by Paul. He has won none of his seven rides over the last two weeks but managed to place in a couple of these. However, I think Lorcan can soon win again with such a quality horse.

Getaway Trump last ran seventy-one days ago and has a distance win to his name. From his last five races, he's won two, showing he's more than capable of producing the goods. His last race was in a class one, so this represents a two-class drop for him today, which should suit him well. That last race he finished in last place from just three runners. The time before that was in the same class as today's race which resulted in a win for him over at Fakenham. His other recent success was in a class four, so I think higher class racing isn't for him.

Today's second selection is Bangkok and runs in the 1.45 pm race at Lingfield.

The going at Lingfield today over this Polytrack all-weather course is classed as standard. The race is a class one Winter Derby Trial Stakes (Listed) and is run over one mile and two furlongs. Five runners are headed to post for this high profile race, and the age criteria is for four-year-olds and upwards. The youngest being a five-year-old, the eldest an eight-year-old.

Competition in this race is rather fierce, with good form from several competitors. The one that stands out to me most is Felix, with two wins from two in his last two races, and a dual course and distance win to his name. Felix beat Bangkok in his most recent race, so he'll undoubtedly be out for revenge today.

Bangkok has six tips to his name, with Felix having four, Forest Of Dean three and Red Vernon just the one. So it looks like this race is rather split amongst the tipsters, but I certainly know which one I'm fancying today here at Lingfield.

Today, our trainer, Andrew Balding, has a recent run to form of a somewhat healthy seventy-eight per cent figure. Just the one win from his last nine selections over the previous fourteen days, he's not quite hit winning form yet. Only one is placing within the same period.

Ryan Moore is the jockey saddling up for Andrew today, with one ride within the last two weeks, on Royaume Uni, one of our selections that won yesterday. He looks to have come back strongly and will be wanting to prove his worth today on Bangkok once again.

He last ran twenty-six days ago, has a dual course and distance win to his name and I also notice wearing blinkers for the first time. His last race resulted in a second at Wolverhampton, with Felix winning by just a shoulder. He'll be wanting to go one better today and hold off any challenge from his competitor. The race before that, he lost by a nose in a class one race, so he's undoubtedly edging closer to the win. I think this race will be a close one.

The best odds for the double are currently 6/4 for Getaway Trump and evens for Bangkok at William Hill. So a combined total odds of 5.0 for them both to win today.