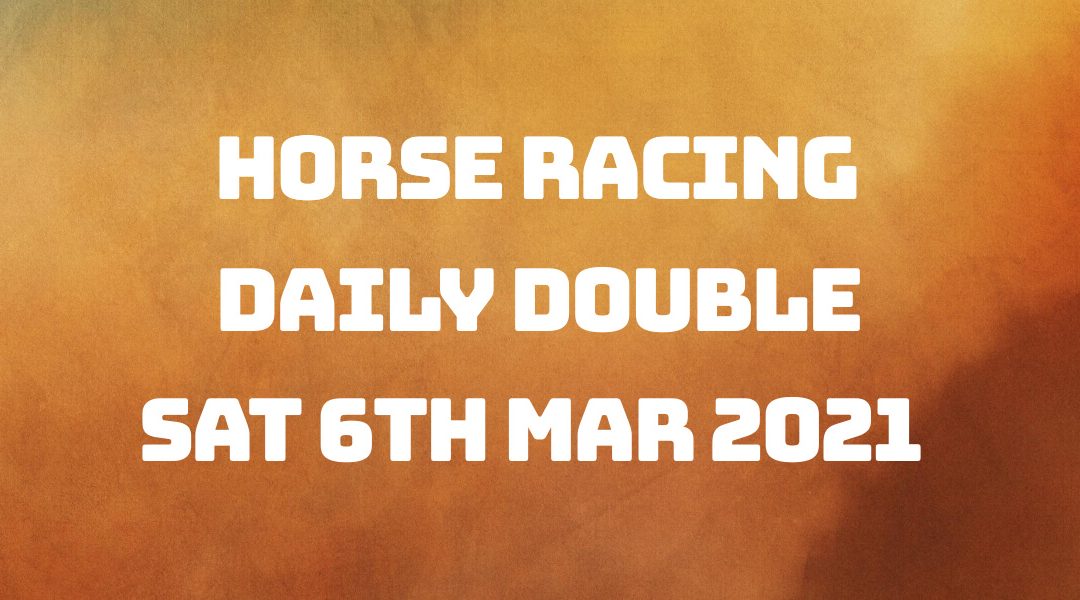 Yesterday our first selection, One More Fleurie, ran in the 4.30 pm race at Doncaster and won comfortably for us by seven and a half lengths, at odds of 5/2 SP at the bookies.

He seemed to be jumping towards the left, over several fences, but ran well and pressed the leader with four furlongs left to travel. After another furlong, he was clear by four lengths, then extended this further as the post approached—a good win for this first part of our double.

Our second selection Twojaysland in the 5.35 pm race at Doncaster, was a non-runner. By default, our double was paid out and recorded as a winner at 5/2 with the bookies.

Today's first selection is Canelo and runs in the 3.30 pm race at Doncaster.

The going is classed as good over the jumps course at Doncaster today. The race is a class two race, running over a distance of three miles and two furlongs. Seven runners head to post, and the age criteria are for five-year-olds and upwards. The youngest in the race is an eight-year-old, the eldest a twelve-year-old.

Chiswell looks to be the one to keep an eye on as, despite his two races failing to produce anything, he is proven over the course and distance. His form before his last two races stands up relatively well also. However, Canelo looks to be a classy horse and has already proven he can win in the higher grades. I wouldn't be surprised if he runs very well for us today.

Canelo has eight tips to his name, three for Chidswell, two for Special Prep and one apiece for Beware The Bear and Just A Sting.

Alan King is our trainer for this first race of our double, with a recent run to form figure of fifty per cent. He's had winners in six of his last forty races over the previous fortnight, with a further seven places to add into the mix.

Tom Bellamy is our jockey on board and has won three of his last twenty-two selections and placed in two of these over the previous fourteen days. He's ridden for Alan several times recently and, more importantly, steered home some winners, so he certainly looks capable of doing so again today.

Canelo last ran thirty-five days ago and has proven himself over today's course. In his last race, he ran a fourth-place finish in a class one event at Doncaster; the time before that won by just under a length in a class one race at Wetherby. Before that, a second at Newbury in a class two. So well-used to running in the top tiers of racing.

Today's second selection is Eclair D'Ainay and runs in the 3.50 pm race at Kelso.

The going is classed as good to soft for this national hunt jumps meeting at Kelso. The race is a class three Novices' Limited Handicap Chase, run over two miles and one furlong. Just four runners are competing, and the age criteria are for five-year-olds and upwards. The ages range from seven- to eight-years-old.

Either Cedar Hill or Eritage could pose a threat for us; Cedar Hill has already won over today's course and distance in the same event. Still, Eclair D'Ainay won nicely for Dan Skelton in his last race here at Kelso and will be looking to repeat that success once again today.

Dan Skelton has a recent run to form figure of fifty-six per cent and won nine of his last fifty-four races over the previous two weeks. Plus, he was placed in a further twelve. He seems to be churning out the winners lately.

Dan's brother, Harry Skelton, is on board and has won nine of his last forty-six rides, placing in an additional seven over the previous fourteen days. The two are on fire lately and will be wanting to add to their wins today. This certainly looks possible.

Eclair D'Ainay last ran fifteen days ago and has a dual course and distance win under his belt. In his last race, he won just shy of three lengths in a class three race here at Kelso, with Harry on board. He'd fallen after making a mistake in an earlier race, but before that, he had won by ten lengths with Harry on board once again. Excepting the fall, he looks to be in fine form.