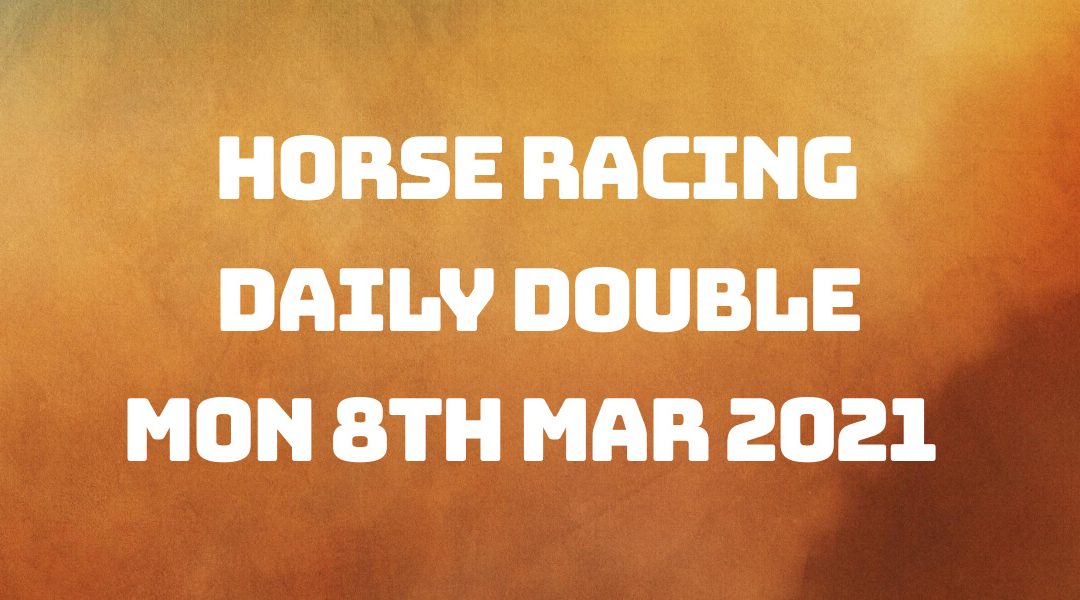 On Saturday, our first selection Canelo ran in the 3.30 pm race at Doncaster and finished in third position from seven runners, at odds of 13/8 SP at the bookies.

He ran towards the rear for the first half of the race before making some headway and looked strong on the run-in. However, on the last fence, he seemed to jump a little awkwardly and landed back in third position, unable to make a challenge for the lead.

Our second selection Eclair D'Ainay ran in the 3.50 pm race at Kelso and landed in second position, at odds of 11/10 SP at the bookies.

He jumped well and led relatively early on. However, he was challenged with two left to travel and was overtaken by the winner, just not quite strong enough to hold on. So no luck for our double on Saturday, unfortunately.

Today's first selection is Danse Idol and runs in the 1.00 pm race at Southwell.

The going is classed as good to soft here today over Southwell's jumps course. The race is a class three Mares' Handicap Chase, running over two miles and four and a half furlongs. Just four runners are competing, with age criteria for five-year-olds and upwards. Two eight-year-olds, one nine-year-old and one aged ten, are running.

Danse Idol looks like a strong proposition, especially when you see that the Skelton brothers are in charge. However, Black Tulip has been running well lately and generally is up there or thereabouts, so it could cause an upset.

Danse Idol and Northern Beau have three tips each to their names and seven for Black Tulip.

Dan Skelton is our trainer for today for this first part of our double, with a recent run to form record of fifty-two per cent. He's had eight winners from his last fifty-four races, with an additional eleven places to add to that tally over the last fortnight.

Harry Skelton is saddling up once again for Dan and has won eight of his last forty-nine races over the previous fourteen days and placed in nine other races. Very much a trainer/ jockey partnership that is flying high as of late.

Danse Idol last ran twelve days ago and has a distance win to his name. He ran in a class three at Ludlow in his last race, where he lost out by just under four lengths to Lust For Glory. Before that race, he was owned by Paul Nicholls, who sold him on the 18th February. In his second race back, he was pulled up in a class two event at Kempton, then a third at Fontwell. It does look like the change in trainer has had a positive effect on him.

Today's second selection is King D'argent and runs in the 1.30 pm race at Southwell.

The race looks like it could be a close thing for any of these three, to be honest. Still, if I had to pick one that may upset the apple cart, I'd pick Glajou, who has already proven himself over today's course and distance on the same occasion.

King D'argent has nine tips to his name, two apiece for the remaining two horses in the race.

Dan is the trainer for this second leg of our double. He's recorded a fifteen per cent win strike rate over a large sample of fifty-four races in the last two weeks, certainly proving his worth as a top trainer.

Dan is equally impressive, with a sixteen per cent win strike rate over the last two weeks, from forty-nine mounts. The pair will do very well if they can land both of our bets here today at Southwell.

King D'argent last ran twenty-one days ago and is wearing blinkers for the first time. In his last race, he was beaten back into third position when Bridget Andrews was riding him. Before that, he won at Newcastle with Harry on board, then before that fell at Newbury. I'm sure he'll be running very much to form today, though and will run a good race.