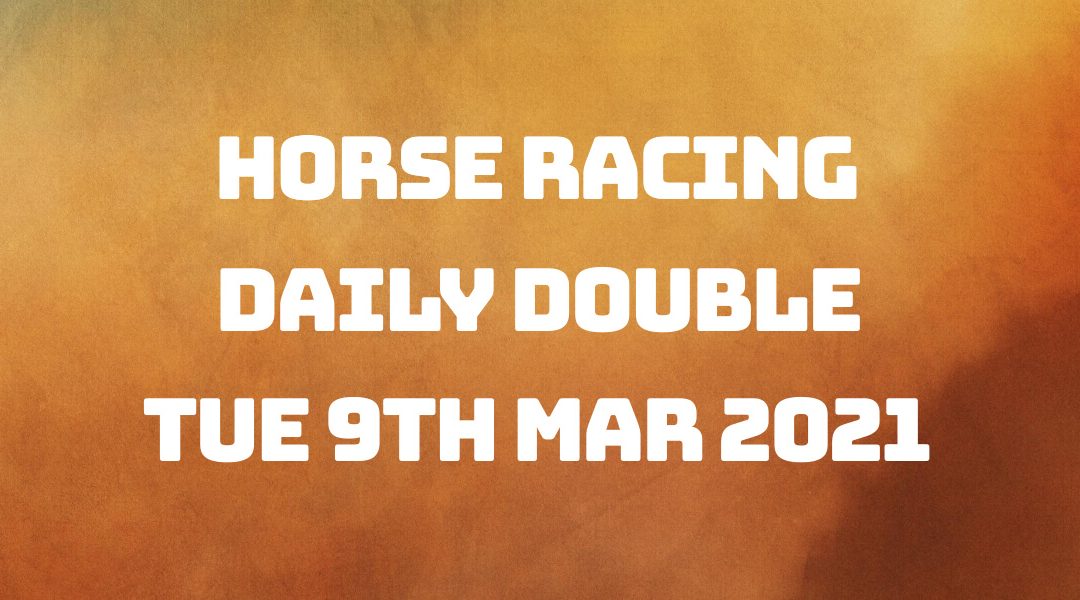 Yesterday our first selection Danse Idol ran in the 1.00 pm race at Southwell and won by half a length at odds 7/5 SP at the bookies.

He didn't start too well, being held up in the last position; however, he made some headway after just over a mile and pushed ahead into second, then to first on the run-in.

Our second selection King D'argent ran in the 1.30 pm race at Southwell and won by a huge margin of twenty-seven lengths, at odds of 4/5 SP at the bookies.

This race was one that we all like to see. Our pick went ahead by five lengths after running just a couple of furlongs, then went well clear with three left to run and finished the race miles ahead of his nearest competitor. An excellent win for us today.

Both races won in our double today, which to SP prices worked out to 4.32 SP. Decent return to start the week. Let's see if we can do it again.

Today's first selection is Dingo Dollar and runs in the 3.20 pm race at Newcastle.

The going at Newcastle today is good to soft over their jumps course. The race is a class three Handicap Chase, running over two miles and seven and a half furlongs. Six runners are competing, and the age criteria are for five-year-olds and upwards. The ages range from eight- to twelve-year-olds.

She'sasupermack looks the one to possibly cause an upset for us today, with some good recent races under his belt. Dingo Dollar has recently changed trainers, though from Alan King to Sandy Thomson, and has a history of running in high profile class one and two races. It looks like that class will shine through today, despite the form not looking as good.

Glittering Love has five tips to his name, four for Dingo Dollar, three for She'sasupermack and just the one for Bafana Blue.

Sandy Thomson is our trainer for today and has a recent run to form figure of fifty per cent. He's had winners in four of his last twelve races over the previous fortnight, with a further sole place to add to that total.

Ryan Mania is saddling up for us, and he has won six of his last twenty-seven races in the previous two weeks, placing in five of these. He's ridden for Sandy several times recently, and I can see that he's won a few of these two, so the pairing looks good for us today for sure.

Dingo Dollar last ran ninety-four days ago and has a distance win to his name. In his last race, he ran prominently but was unfortunately pulled up in a class three when running at Aintree. Before that, he had a fifty-day break following an almost-last position at Uttoxeter and another break of just over two hundred days. He did have successes in 2018 and beyond; let's see if Sandy can bring that winning form back again today.

Today's second selection is Passional and runs in the 4.40 pm race at Southwell.

The going at Southwell today is classed as standard over their Fibresand all-weather course. The race is a class five Handicap, running over a distance of five furlongs. Eight runners are competing, and the age criteria are for four-year-olds and upwards. The youngest is a four-year-old, the eldest an eight-year-old.

Only a small handful look to pose any real threat to our chances, with Qaaraat being the one to keep an eye on the most. He generally runs up there amongst the leaders and is already proven over today's course and distance. I think that Passional will have the upper hand, though, having also proven himself to win on short dashes.

Passional has been awarded ten tips by the tipster's panel, with one apiece for Drakefell, Qaaraat, Spirit Power and Gossip.

Stuart Williams is our trainer for this second leg of our double. He has a recent run to form figure of fifty-six per cent and had winners in just two of his last twenty-five races, placing in a further four during the previous fourteen days.

Marco Ghiani is the jockey on board, with two wins from his last nineteen races. He has also placed in four other races over the last two weeks. He often races for Stuart but can see that he hasn't had any wins when teaming up with him lately. Let's see if he can change that by winning today for us.

Passional last run twelve days ago and is wearing blinkers for the first time today. In his last race, he lost by a neck when racing at Southwell, and before that, he won by one and a half lengths running at Chelmsford. He does seem to run well here at Southwell, so he will run a good race today, I'm sure.