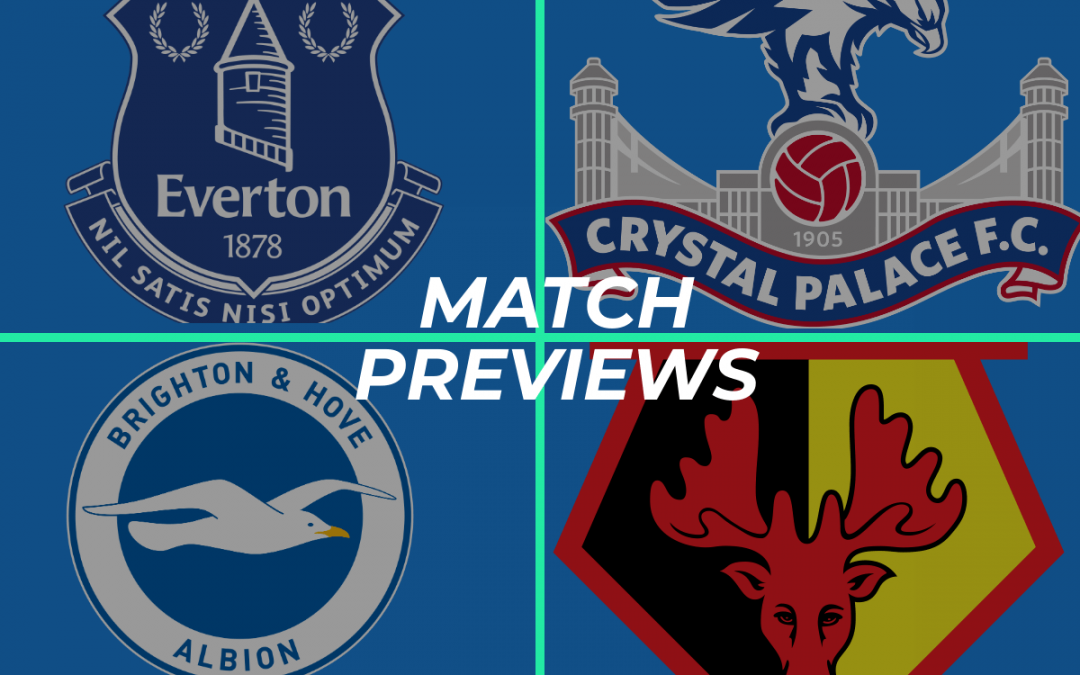 Welcome to our football betting preview.   There are only two English Premier League matches today. We've got Everton vs Crystal Palace at 12:30 p.m. followed by Brighton vs Watford at 5:30 p.m.

There is however a full round of fixtures in the English championship and lots of interesting matches across Europe's top flights.

We'll turn our attention first to Everton vs Crystal Palace which kicks off at 12:30 p.m. Everton have been resurgent under Carlo Ancelotti and it wasn't that long ago that Roy Hodgson's Crystal Palace were being touted as a top 6 team.

However it is fair to say the wheels have come off quite spectacularly in recent weeks, so much so that Roy Hodgson has now made it into second place as favourite for the next Premier League manager to be sacked. He's nestled in just behind Ole Gunnar Solskjær!

Everton are unbeaten in their past 4 Premier League games and they haven't lost at home in the Premier League since Norwich beat them 2-0 on the 23rd of November 2019.

Everton would have had 3 straight home Premier League wins if it were not for the fact that they somehow conspired to lose a two goal lead against Newcastle in injury time I'm surrendering goals in the 94th and 95th minutes.  In fact Everton's home form is so good the only Liverpool are above them in the 5 most recent matches form table.

Crystal Palace on the other hand haven't done in the past five away League matches the last win coming on the 30th of November away at Burnley.

Cenk Tosun is ineligible to play for Crystal Palace today due to being on loan from Everton and Jeffrey Schlupp is still injured.   Everton meanwhile have Fabian Delph suspended due to his sending off in the previous match but I don't think either of these misses by the teams are going to make any major difference to the outcome of the match

Value Bet:  Everton to be winning at Half-time/Full-time at 17/10

Watford need to get over their recent bad habit of throwing away the lead when they're in front.

Nigel Pearson's team don't have anything to show from the past two League games despite the fact that they were leading in both of them and they are now back in the relegation Zone when they could have been at least 5 points clear.

Brighton also need to arrest a shocking run without a win stretching back to December and five matches in total.  Veteran striker Glenn Murray could have this tools required to give them the goals they they need. Murray perform brilliantly in last weekend's draw against West Ham United after it look like Brighton we're going to lose once again.

This is a real 6 pointer and a game that neither team will want to lose.   it finished 0-0 in the corresponding fixture last season and I wouldn't bet against a draw in the final outcome here today

In fact the 0-0 draw is available 11/1 although I don't think it represents good value given that both teams having been scoring and conceding recently. Given that both sides are likely to be nervy and there's a lot at stake, I think the smart money is on the match finishing as a stalemate. So my free tip for today is on just that!