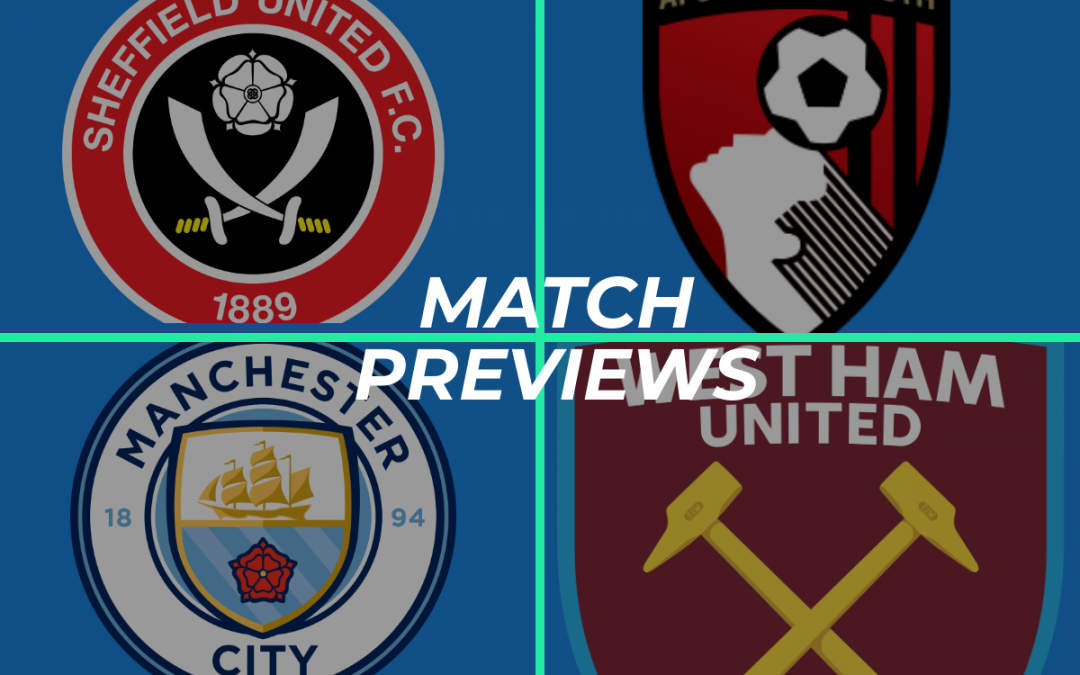 Welcome to our football betting preview.   Once again there are only two English Premier League matches today. We've only got Sheff Utd v Bournemouth at 2:00 p.m. due to the abandonment of the Man City v West Ham match.

At the start of the season most would have expected these two teams to be in opposite positions than they are now.

Sheffield United are sitting pretty in sixth place. A victory today would move them above Tottenham into fifth, only two points behind the final Champions League qualification place.

Bournemouth meanwhile a win today would see them move five points clear the relegation zone and they will be buoyed by the victory last time out against Aston Villa.

Bournemouth coming to this on the back of two recent victories both against relegation zone rivals, so they’ll be hopeful that form can continue.

However they are coming up against Sheffield United site who have only lost one of their past five home games and that was a tight 1 nil reverse to Manchester City.

It's also worth pointing out that Bournemouth have lost six of their last seven away matches in the Premier League.

Bournemouth are hoping that Josh King will pass a late fitness test after a hamstring injury and be available for the first time this year.  David McGoldrick may feature for Sheffield United after missing the last four games with an ankle injury, another late assessment will be made on his condition.

The weather could play a factor in events today, I just hope that it doesn't destroy the quality of the game too much.  I think that Sheffield United to win is a sound bet at 4/5, however I'm looking to get a better return from my stake.

Over 2.5 goals is priced at 3/2 at William Hill, and that’s where my money is going today.

Well, I had written an in-depth preview but the match is abandoned.

Stay safe people and make sure you're subcribed to our free sports tips for today.