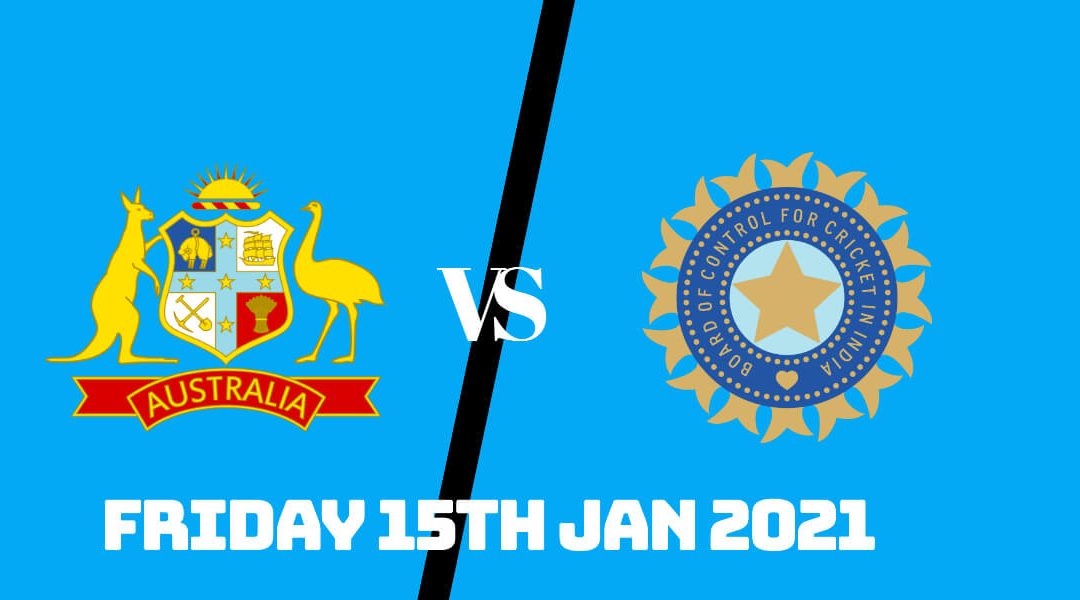 Host Australia will be looking to clinch the Test series when they take on resilient Indian team in the fourth and final game to be played at The Gabba in Brisbane, from Friday. This is certainly going to be winner takes all, if Australia wins this game, they will regain Border Gavaskar Trophy. India will retain Border Gavaskar Trophy in case they win or the game ends in a draw.

Tim Paine and company missed many opportunities to see India escape with a draw in the Sydney Test. Captain and wicket-keeper Tim Paine will be under scrutiny after having a bad game with the gloves and showing inappropriate behaviour with Indian off-spinner Ravichandran Ashwin.

There is no doubt that Australia dominated the Sydney Test proceedings and would be looking to maintain their winning momentum in this series decider.

It's an early one if you're watching in the UK as the match begins at 00:00 on Friday 15th January and the entire match is available on BT Sport 2

For Australia, Will Pucovski has been ruled out of the series decider after suffering from a shoulder injury sustained during the third Test against India. Marcus Harris will be slotted into the playing XI and will open the innings with David Warner at The Gabba.

In the batting department, the onus will be on the in-form duo of Marnus Labuschagne and Steven Smith to deliver the bulk of the runs. In three matches played so far, Labuschagne leads the batting charts for Australia with 293 runs at an average of 48.83 with two half-centuries to his name.

In the Sydney Test, Steven Smith found form with the bat and notched up his 27th century for Australia. He played exceedingly well and finished the first innings with the top-score of 131 runs off 226 balls with sixteen boundaries. In the second innings, Smith showed positive intent and produced a sublime 81 runs for the home side.

David Warner looked uncomfortable at the crease in the Sydney Test after not being 100% fit. Left-hander will need to spend time at the crease to get runs in this series decider.

Cameron Green also notched up his maiden half-century in the Sydney Test and will be keen to continue his decent form at the Gabba.

In the bowling department, the side will be relying heavily on the likes of Pat Cummins and Josh Hazlewood to make crucial breakthroughs. Mitchell Starc will certainly enjoy bowling at The Gabba after failing to pick wickets in the Sydney Test.

The visitors might make three changes to their playing XI for this series decider to be played at The Gabba.

Ravindra Jadeja, Hanuma Vihari and Jasprit Bumrah have been ruled out of the final Test due to injuries. Mayank Agarwal, Shardul Thakur and Wriddhiman Saha might come into the playing XI for this game.

The team will be once again depending on the experienced trio of Rohit Sharma, Ajinkya Rahane and Cheteshwar Pujara to provide a platform for the big score, whereas, in the bowling department, the team management will be hoping that Navdeep Saini, Mohammad Siraj and Shardul Thakur can make early inroads with the new ball.

Traditionally, the surface at The Gabba is going to provide bounce and carry for the quick bowlers. The weather is expected to be fair for the opening day of the game, while light rains take place throughout the Test match.

Host Australia will certainly start as outright favourites to win this final Test against the injury-hit Indian team. With no injuries to key players, Australia will be looking to deliver their best cricket at The Gabba in Brisbane.

The home side has managed to five Test matches on the bounce at The Gabba in Brisbane. The visitors have never registered a victory at this venue.

With Australia not losing a Test match at The Gabba since 1988, India will face an uphill task to retain Border Gavaskar Trophy.