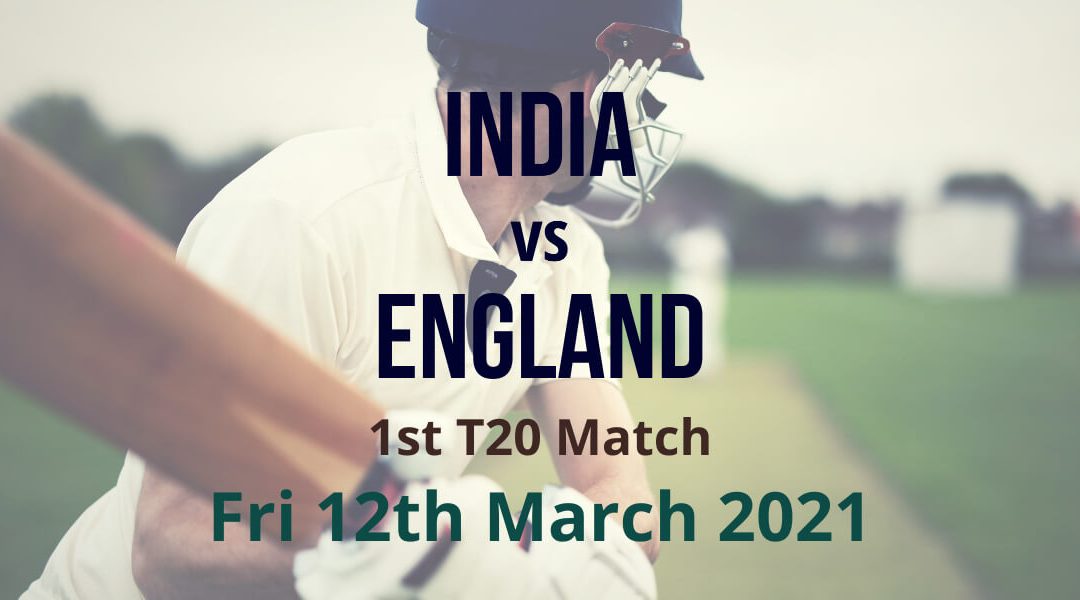 After retaining the Anthony De Mello Trophy, India will want to continue their winning momentum when coming up against England in the first game of the five-match T20I series at Ahmedabad on Friday.

India just won the four-match Test series against England by a 3-1 margin. The home side will once again be looking to draw first blood in the T20I series. With Shikhar Dhawan, Lokesh Rahul, Hardik Pandya and Shreyas Iyer in the T20I squad, India will be looking to build some momentum for this year's T20 World Cup.

England Captain Eoin Morgan clearly stated that they want to do well in the subcontinent conditions. With T20 World Cup being played in India later this year, the visitors will be hoping to deliver a strong show with bat and ball in this five-match series.

In the 14 matches played between the two teams, England and India have won seven games apiece. India will take heart from the fact that they won their previous two T20I series against England.

The match gets underway at 1.30 pm on Friday 12th March and live coverage is on BT Sport.

After winning the Test series 3-1, India comes into this T20 series on the back of registering five-series wins on the trot. Since Feb 2019, India has won 15 matches out of 24 played in the T20 format.

Skipper Virat Kohli will lead them once again. He will be joined by all of their T20 regulars, such as Lokesh Rahul, Shreyas Iyer and Deepak Chahar. Axar Patel has been named after performing exceedingly well in the Test series against England.

There is little doubt that Rohit Sharma is the in-form player for India at the moment. The swashbuckling opener will be looking to continue his merry ways with the bat in white-ball cricket.

After doing much with the bat, Kohli will be looking to get back amongst the runs and deliver a notable score in this series opener.

After assessing the conditions, the side might include three all-rounders in Hardik Pandya, Axar Patel and Washington Sundar for this game.

England were completely outplayed in the Test series against India. With Eoin Morgan's leadership, the visitors will be looking to break their winless streak on the tour in this five-match T20I series.

The side has plenty of firepower in the batting lineup with players like Ben Stokes, Jason Roy, Jonny Bairstow, who can change the complexion of a match in the space of a few overs.

Surprisingly, Dawid Malan has been the standout performer for the side in the past 12 months. He has shown tremendous consistency and produced match-winning performances for England against top-teams like New Zealand and South Africa.

Jofra Archer and Mark Wood will be premier pace options for this series opener. At the same time, Moeen Ali and Adil Rashid are expected to be in the final XI.

For England, Dawid Malan has been a star performer with the bat in the T20 format. The left-hander will be determined to do well for the side in this five-match T20I series. With back-to-back half-centuries in his last two T20I innings, the team management will hope that Malan will deliver the goods with the bat in this high-octane clash.

With the curator likely to produce a placid pitch, expect the series opener to be a high-scoring affair with both teams announcing their full-strength squads. With the likes of Axar Patel, Washington Sundar in excellent form, the home side will again look towards the spinners to dismantle England's star-studded batting lineup.

Expect India to overcome England in the series opener and take a 1-0 lead in the five-match T20I series.