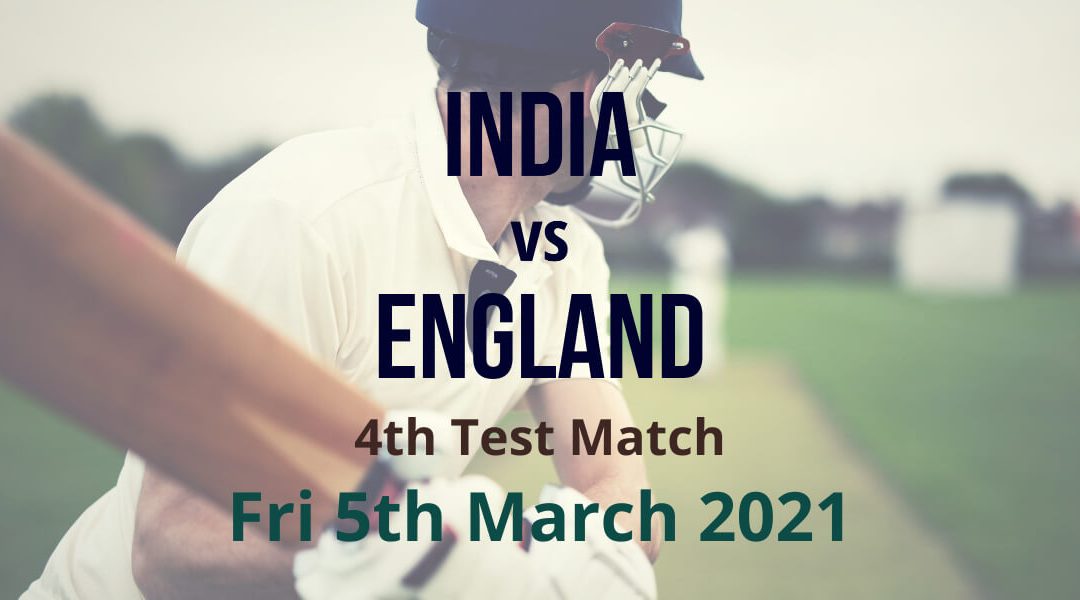 India will be looking to clinch the Test series when they host England in the fourth and final game at Narendra Modi Cricket Stadium in Ahmedabad from Thursday.

With plenty of grass on the surface, the home side might look to bring in Umesh Yadav in place of Jasprit Bumrah, who will miss the final game due to personal reasons. Kuldeep Yadav could come in place of Washington Sundar for the final game of the series. Skipper Virat Kohli will hope that the side can maintain their intensity and focus in this series finale.

England will be keen to make one or two changes to their playing XI for this series finale. England captain Joe Root will be hoping that the side can improve their batting performance in this fourth and final Test.

Coverage starts for avid fans at 03:45 am on Friday 5th March; watch on Channel 4 for all the live action.

With the newly prepared wicket for this game, the home side will make changes to their final XI.

Surprisingly, flamboyant opener Rohit Sharma has topped the batting charts for India in this series. With close to 300 runs to his name, Sharma has looked the most comfortable batsman on turning pitches. He will be keen to continue his rich vein of form with the bat in this series finale.

Besides Sharma, the experienced batting trio of Virat Kohli, Ajinkya Rahane and Cheteshwar Pujara have struggled to produce big scores. The team management will hope they can step up their performance and deliver the goods with the bat.

Wicket-keeper Rishabh Pant has enjoyed decent form in this Test series. In three matches played, the left-hander has accumulated 169 runs in five innings at an average of 42.25 with two half-centuries to his name.

In the bowling department, the onus will be on Ravichandran Ashwin and Axar Patel's spin duo to provide crucial breakthroughs. In the three games played, Ashwin and Patel have formed a lethal combination and picked up 42 wickets between them.

For this final game, the visitors will bring in Dominic Bess in Stuart Broad's place; he will be resting after playing consecutive matches against India. Daniel Lawrence could replace Ollie Pope, who has looked clueless against Indian spinners.

The side will be relying heavily on in-form batsman Joe Root, who will need to make a notable contribution with the bat in this final Test. Besides Root, Ben Stokes, Jonny Bairstow and Dominic Sibley have struggled to score runs against Indian spinners.

James Anderson could also be rested as pacer Olly Stone might get another opportunity to showcase his ability with the new-ball. The focus will be on the spin duo of Jack Leach and Dominic Bess to provide crucial breakthroughs in this game.

There is no doubt that Ravichandran Ashwin has been a star performer with bat and ball in this Test series. With the pitch expected to be in a condition to offer assistance to slow bowlers, Ashwin will be looking to deliver another bowling masterclass in this series finale.

With hot and humid conditions, the newly prepared wicket will be welcome for spinners. Given the solid performance of Indian spinners this series, the home side will be looking to put in another clinical performance and retain Anthony De Mello Trophy. Expect India to register a comprehensive win over England and clinch the Test series.