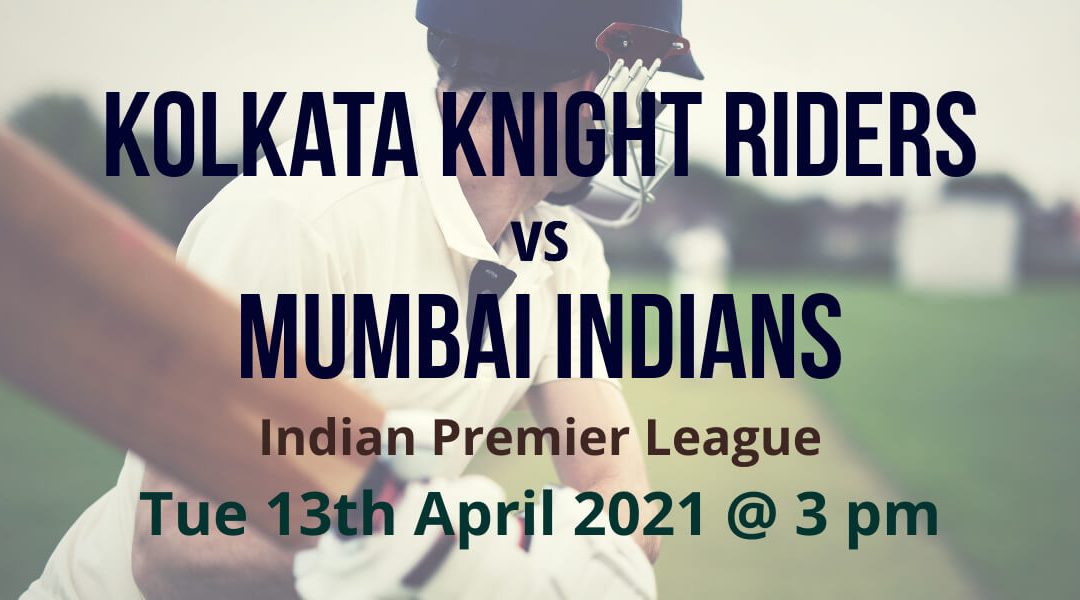 Kolkata Knight Riders will face Mumbai Indians in the 5th game of the season. The two sides had a contrasting start to the season.

Mumbai Indians, who started the season as favourites, found a stumbling block in the season’s first game. The team lost against Royal Challengers Bangalore due to the heroics of AB De Villiers and Harshal Patel.

The batting struggled on a wicket which could be deemed difficult against the slow bowlers. They would be looking to bounce back against Kolkata Knight Riders.

Mumbai enjoys a highly superior record against Kolkata and would like to continue its favourable run.

On the other hand, Kolkata Knight Riders had a perfect start to their season. They defeated Sunrisers Hyderabad in an exciting game.

Everything clicked for Kolkata in their first game. After the disappointment of the last few years, the side finally looks like an able contender to challenge the trophy. The Indian batting core performed exceptionally well in the first game and could prove very dangerous this year.

Shakib Al Hasan’s addition looks nothing short of a masterstroke for the team and gives a new dimension to the team.

The match gets underway at 3 pm on Tuesday 13th April and live coverage is on Sky Sports.

Kolkata Knight Riders made a few bold but understandable moves in the first game. The team management finally dropped Sunil Narine, struggling to display his form in the last couple of seasons.

The team opted to open with Nitish Rana along with Shubman Gill. Nitish Rana proved the decision right and, along with Rahul Tripathi, stitched a partnership that proved too good for the Sunrisers Hyderabad.

Kolkata Knight Riders could field an unchanged side in the second game. However, a few changes could happen depending upon the conditions of the pitch. The extremely talented but struggling Chinaman Kuldeep Yadav could get a look in for the next game in place of Harbhajan Singh.

KKR is expected to continue with Shubman Gill and Nitish Rana’s opening pair, followed by Rahul Tripathi. The skipper Eoin Morgan will bat at 4. The biggest strength of Kolkata Knight Riders is their ability to shuffle the batting order as per the game requirements. The team could send in Andre Russell or Shakib Al Hasan as per the need of the hour.

Dinesh Karthik will keep the wicket along with providing a flourish towards the rear end of the innings. Pat Cummins, Prasidh Krishna, Varun Chakravarthy and Kuldeep Yadav or Harbhajan Singh will form the bowling line to complete the 11.

The first game proved a difficult one for the Mumbai side. The side struggled with the bat. However, no significant changes are expected in the team combination for the second game. Chris Lynn, who was the bright spot for the side during the first game, might be demoted to the bench after Quinton De Kock’s return.

The South African wicket-keeper completed the quarantine protocol and will be available for selection in the second match. No other changes are expected on the side.

All the eyes will be on the tall and lanky pacer, Marco Jansen, who impressed with his pace and rhythm in the first game. He was the silver lining for Mumbai in their opening contest. His availability makes Mumbai’s bowling one of the toughest to crack.

The side will go ahead with Trent Boult, Jasprit Bumrah and Marco Jansen as the lead pacers, whereas Rahul Chahar will play the lone spinner’s role.

Mumbai Indians will expect Krunal Pandya and Hardik Pandya to chip in with a few overs and complete the quota of 5th bowler. Rohit Sharma and Quinton De Kock will open the innings, and Ishan Kishan and Suryakumar Yadav will follow. Kieron Pollard should complete the playing 11.

The game between the two heavyweights of the Indian Premier League could be a close affair. Mumbai Indians has been highly dominant against the Kolkata Knight Riders, winning 21 games against six. However, the first game suggested Kolkata Knight Riders is a different team this season and will be challenging to defeat. The game could go to the wire.

The stage is set for Kolkata opener Shubnam Gill to deliver his best with the bat against Mumbai Indians. Last year, Gill showed excellent consistency at the top of the innings and accumulated well over 400 runs in the competition. Given his superb technique and composure, Gill will be looking to make an impact with the bat in this fixture.

Expect Kolkata Knight Riders to edge out Mumbai Indians in a thriller.