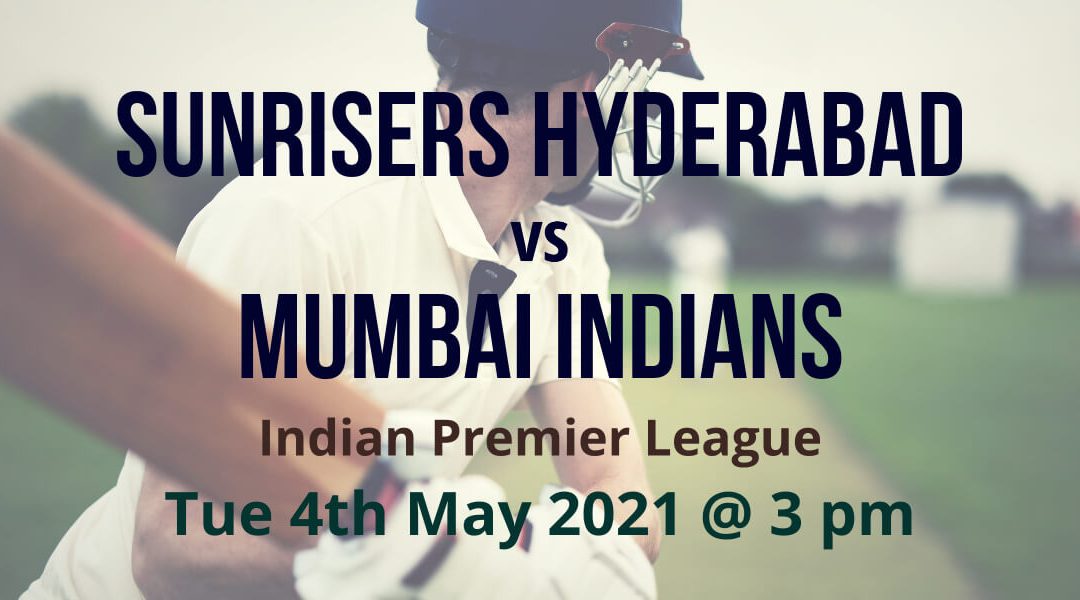 Mumbai Indians have had a comparatively slower start to this year’s IPL. The team lost three of their first five games, and questions were raised on the ability of their middle order to score runs. However, the side has made a thumping comeback with consecutive victories in the past two games.

The game against Chennai Super Kings was a morale booster where they snatched victory from the jaws of defeat. The return of batting form for Kieron Pollard and Krunal Pandya has made the side look highly threatening. Hardik Pandya seems the only concern in the middle order. The side is currently sitting on the fourth spot in the table. Once again, they look like firm favourites to qualify for the playoffs.

On the other hand, Sunrisers Hyderabad is enduring a season to forget. The side has lost six games and are sitting on the bottom of the table with just one victory in seven games. The middle-order has looked more brittle than a snowflake. In contrast, bowling is lacking the sharpness that led the side to continuous success over the past few seasons. The side has made leadership changes and will be looking to bounce back against the defending champions.

Sunrisers Hyderabad v Mumbai Indians gets underway at 3 pm on Tuesday 4th May and live coverage is on Sky Sports.

The Hyderabad franchise changed their captaincy after five losses in six games and handed the reins of the side to the Kiwi skipper Kane Williamson. However, the problem lies much deeper in a side which arguably has the weakest middle-order amongst all the teams. The bowlers have also struggled at large, and the side is in urgent need of a boost. English opener Jason Roy may get a look in at the expense of Mohammad Nabi. In contrast, Kedar Jadhav could be axed for the alleged lack of ‘intent’ by fans and pundits alike. Bowling is expected to remain the same except for Khaleel Ahmad, who has underwhelmed with his performances.

Mumbai Indians are expected to play with an unchanged side. The side looks settled chiefly with the exception of a fourth foreigner. The management has already tried Nathan Coulter Nile, Marco Jansen and Jimmy Neesham but with no significant impact from any of them. The team may persist with Jimmy Neesham, who can strengthen both bowling and batting departments. Krunal Pandya wasn’t handed the bowl in the game against Chennai Super Kings, and his bowling is under scrutiny. It will be interesting to see if the skipper gives him the ball on a slower Delhi track.

Newly-appointed captain Kane Williamson will be determined to lead from the front and deliver big innings for Sunrisers Hyderabad. Williamson can eke out big scores in big situations.

Sunrisers Hyderabad are having a campaign to forget, and nothing seems to work for the Hyderabad based franchise. On the other hand, Mumbai Indians finally seem to find their groove this year and look solid on the paper. The game should bring an easy victory for the Mumbai side.