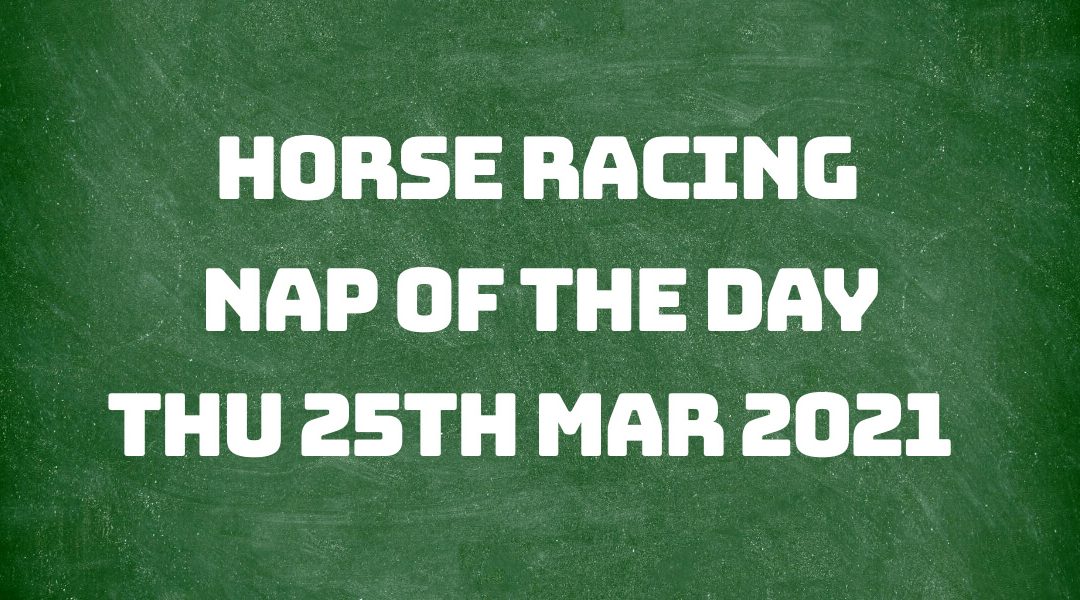 Yesterday our selection Lunar Sovereign ran in the 1.45 pm at Market Rasen and finished in the third position from six runners, at odds of 3.6 BSP at Betfair and 2/1 SP at the bookies.

All started well for Lunar Sovereign as he took an early lead. However, he gradually eased off the pedal and dropped back into third position, unfortunately. So no luck for our NAP yesterday.

Today's selection is The Ogle Gogle Man and runs in the 3.22 pm race at Sedgefield.

The going is classed as good here at Sedgefield today over their jumps course. The race is a class five Handicap Hurdle running over a distance of three miles and three furlongs. Eight runners are competing. The age criteria are four-year-olds and upwards—the youngest being a seven-year-old, the eldest an eleven-year-old.

The Ogle Gogle Man looks to be head and shoulder above the rest when looking at recent form. He has a dual course and distance win to his name, so proven over these conditions today. A potential threat could be Ciarabella, who has run close in two of his last three races. But our selection looks to be the only one who has won anything lately, so not too concerned.

The Ogle Gogle Man has eight tips to his name, two for Dubh Des Champs and one apiece for Gameface and Ciarabella.

Iain Jardine is our trainer for this NAP of the day, with a recent run to form figure of forty-three per cent. Over the last fourteen days, he's sent out just the one win from seven races, with two of these making it into the placings. So not too much action from Iain lately, but his horses look to be running relatively well recently, with almost half at least managing to place.

Conor O'Farrell is our jockey on board for us today. He has won four of his last twenty-four races over the last couple of weeks. He's not had any additional placings but had second and thirds, but these were when there weren't many horses running, so places reduced from the standard three. He's only ridden for Iain once recently, but that was onboard our selection today, which won.

The Ogle Gogle Man is currently priced at odds of 7/4 with BetVictor, and 3.3 at Betfair.